IF like us, you've gathered additional mugs and wine glasses over the years but are short on storage space, it's likely the contents of your kitchen cupboards resemble a game of Jenga.

But fear not! These savvy storage hacks from TikTok user @therealcindyology could prove useful – and prevent possible future breakages. 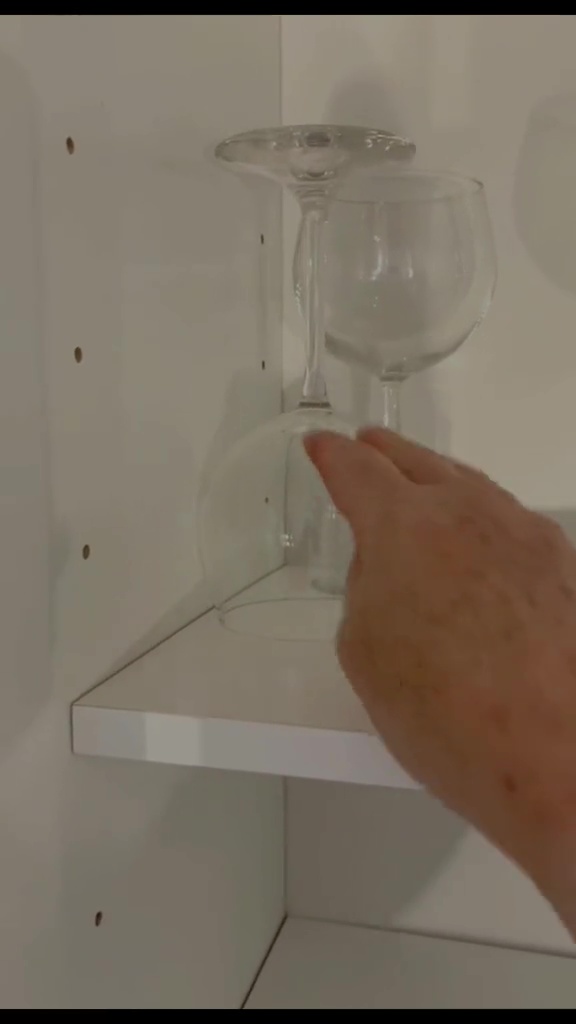 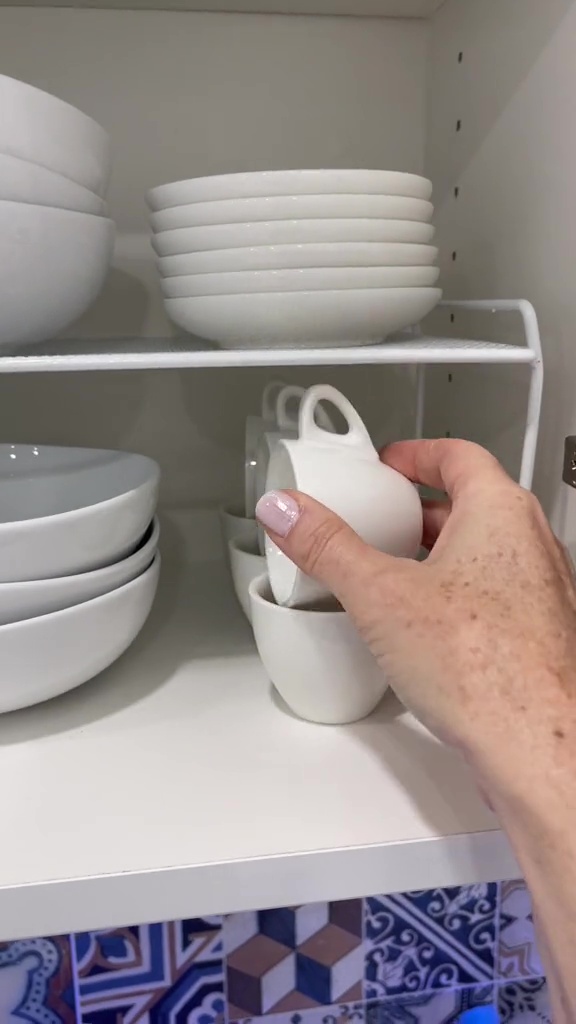 In a short clip, which has been viewed over 4.8million times and received more than 517,000 likes, the organising expert initially demonstrates what people are doing wrong when it comes to not utlising their space properly.

She places three wine glasses onto a cupboard shelf upright before noting how the bases overhang, preventing the doors from shutting.

Offering a simple solution, she alternates between putting one glass upright and the next rim down – resulting in no overhang and neatly stored glassware. Voila!

Offering up another of her top tips, the professional organiser advises against balancing ceramic bowls one on top of another.

For a more stable storage solution, the expert suggests placing a handy divider on the shelf which allows half of the bowls to be stacked above, and the remaining ones below.

This offers a much neater and more organised appearance so they're easier to grab when rustling up a meal in a rush.

And when it comes to espresso cups, the savvy TikTok user has another rule she urges people to follow.

Placing one cup on the shelf base-down, she then turns a second on its side and positions it inside the rim of the first, allowing more to fit in the cupboard.

Taking to the comments section, many homeowners told how they were left impressed with the "gamechanging" tips.

“That first one is a game changer!” praised one, while a second simply penned: "Good tricks. Thank you."

Another joked: "The content I didn’t know I needed," while a fourth enthused: "My gosh I’ve never loved a tik tok more!!" followed by the clapping hands emoji.

And when one questioned why the cups are sideways and whether it’s purely for saving room, the cleaning expert replied: “So they don’t scratch.”

Another commented, “All this time all I had to do was turn the glass upside down,” to which the expert replied: “As simple as that!” 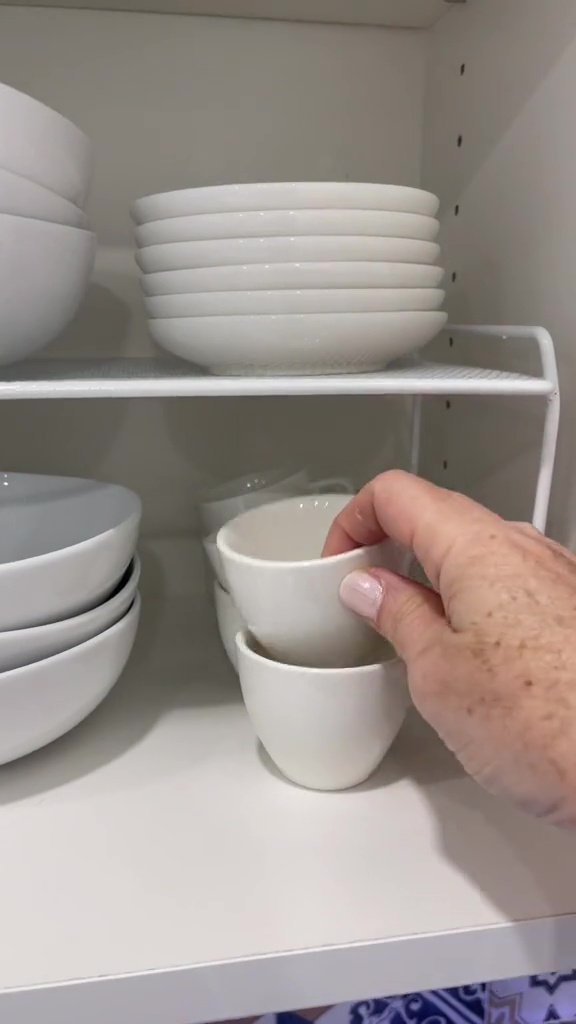 While the TikTok user shared some very useful storage tips, there are plenty of others household hacks out there, too – including a new mum who has revealed how to store your babygrows to help you save loads of space.

This woman's husband has made her a chore rota because he says she doesn't manage her time properly.

And this mum washes her baby's reusable nappies once a week, and has got used to the stink.