There’s something irresistible about getting an inside look into other people’s relationships. It’s the reason celebrities’ love lives are endlessly fascinating, and shows like The Bachelor draw in millions of viewers every season. It also explains why cute YouTube couples are so popular. One minute, they’re planning an elaborate viral internet challenge, and the next, they’re sitting down and talking about the most difficult parts of their relationship. These vloggers let people in on the details of their everyday lives, and after awhile, they start to feel like your personal BFFs. Who needs reality TV when you can watch a YouTube channel with virtually endless content?

These eleven vlogger couples are relatable AF, which explains why they’ve all developed an impressive following over the years. They keep it real while also being endlessly entertaining, and you may even learn a thing or two about love and dating from them. If you enjoy curated wedding videos just as much as “my boyfriend does my makeup” challenges, prepare to meet your new online best friends. But just know that once you start watching these couples, you might spend the next four hours completely engrossed in their lives. Can’t say you haven’t been warned. 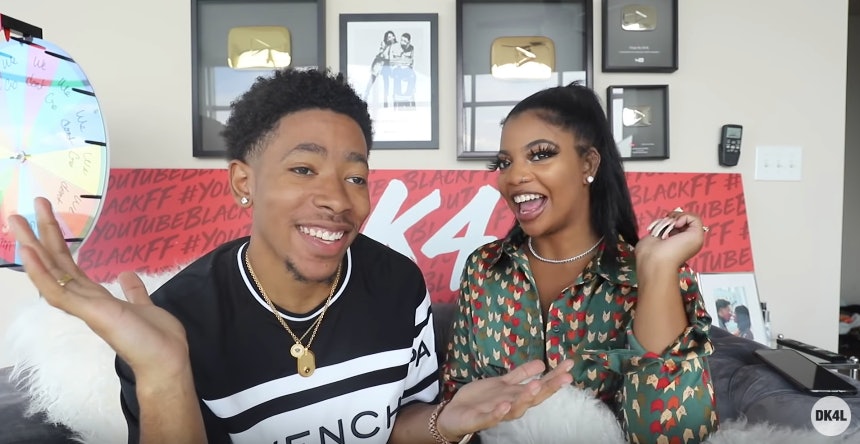 Dee’ara and Ken are known for doing ridiculous things together. They both love pranks, and they get extremely creative with them — everything from duct taping each other into bed to pretending to be a rogue Uber driver. They started dating five years ago after meeting at a Chipotle, and in September 2019, they got engaged in Greece (and documented the whole thing on video, of course). If their 5.9 million subscribers and 2017 nationwide tour prove anything, it’s that they’re basically celeb status now.

If you love sweet family content, you’ll never get enough of Khoa and Keren’s YouTube channel. The married couple lives in Orlando, Florida with their three adorable sons. They post about their daily lives, sharing home decor ideas, birthday party planning, and honest conversations about what it’s like to raise a family.

It doesn’t get better than a hilarious couple with posh British accents. Rose and Rosie have been married for five years, and they love sharing relationship advice and real talk with viewers. They also film reaction videos to big pop culture moments, discussing their feelings on Billie Eilish, Cara Delevigne and Ashley Benson, and other major celebrity stories. 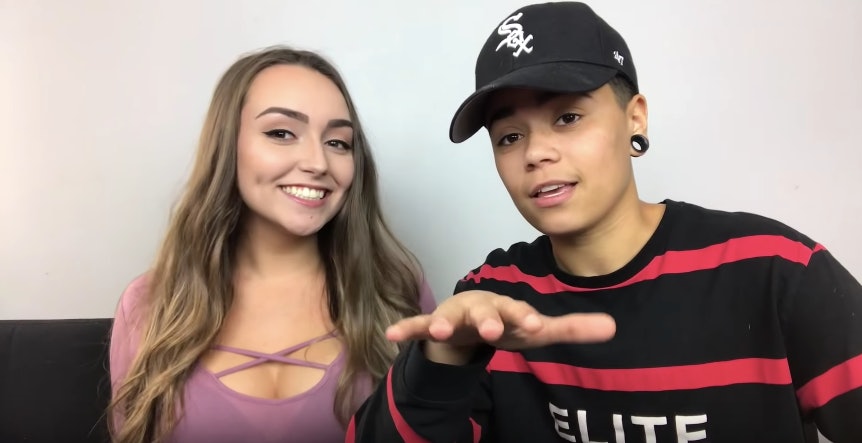 Jules and Saud are also known as A1 Family on YouTube. They love doing challenges and pranks together and vlogging about their relationship. Their natural chemistry and love for each other is so obvious, it’s no wonder they’ve amassed almost 2 million followers so far.

This multi-talented couple does a little bit of everything on their channel: music videos, comedy sketches, and couch confessions about their relationship. A lot of their work is devoted to LGBTQ+ advocacy, and they talk openly with viewers about what it’s like to be a gay couple, and some of the misconceptions they often face.

Jess and Gabriel were both famous YouTubers before they met each other. They connected through social media while she was living in her home country of Australia and he was living in LA, and from then, they started documenting their relationships on the internet. Three years later, their wedding video has been viewed over 17 million times. Not only do they vlog, but they’re both talented singers, and they’ve even done music videos together. Queen became well-known in the early 2010s for her YouTube channel with her ex, Chris Sails. After they split up in 2018, she began dating Clarence, and a year later they had a son together named Legend (Queen also has an older son named CJ). Now they share their life with their 2.5 million subscribers, along with posting vlog videos and music videos on their separate channels, too.

Marcus and Kristin are just as fun to follow on Instagram as they are on YouTube. They’ve been married since 2017, and they live together in Florida with their two adorable golden retrievers. Kristin is also a style blogger with her own fashion brand and super cute IG feed. Their feel-good videos are the perfect pick-me-up for a rough day.

Nick and Anthony post videos three to four times a week, so there’s never a shortage of content to queue up and watch for hours. They got engaged in October 2019 (the video will make you cry), and they’re currently planning their wedding and documenting the process. 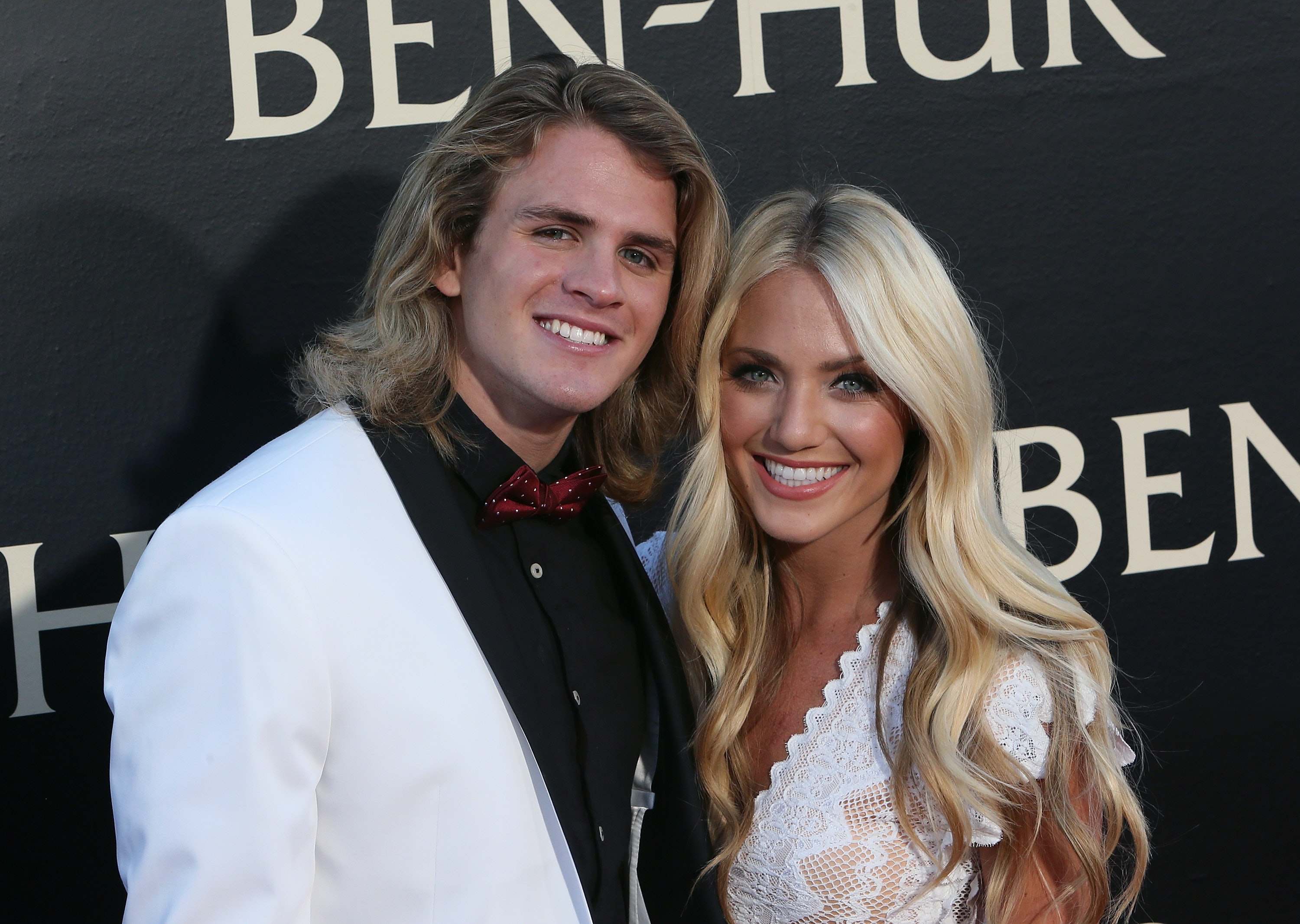 The LaBrant Fam, as they’re known to their 11 million subscribers, are a lovable squad consisting of Cole, Savannah, and their two daughters, Everleigh and Posie. They love doing challenges together, like seeing who can wear heels for the longest time without stopping, or carpool karaoke with matching costumes.

Rachel and Jun began making videos together back in 2012, when they were in a long-distance relationship between Jun’s home in Japan and Rachel’s home in the United States. Now they’re married and live together in Japan, and they make content about what it’s like to be in a cross-cultural relationship. Their videos are fun, smart, and always surprisingly insightful.

Who doesn’t love living vicariously through cute online relationships? Good luck pulling yourself away from these YouTube channels — they’re about to become your new favorite thing.