Seriously risky business! 12% of people admit they’ve had sex in their CHILD’S room – as adults reveal their favorite romantic rendezvous spots outside of the bedroom

In a shocking bit of news that’s sure to make a lot of people insist that ‘MY parents never did that,’ more than one in ten adults admitted in a new survey that they’ve had sex in their child’s bedroom.

House Method asked more than a thousand people to get candid about their own habit when doing the deed, polling them to find out just where people like to have sex outside their bedrooms.

And while ‘my kid’s room’ wasn’t exactly a popular choice, an alarming percentage of respondents admitted to getting frisky there. 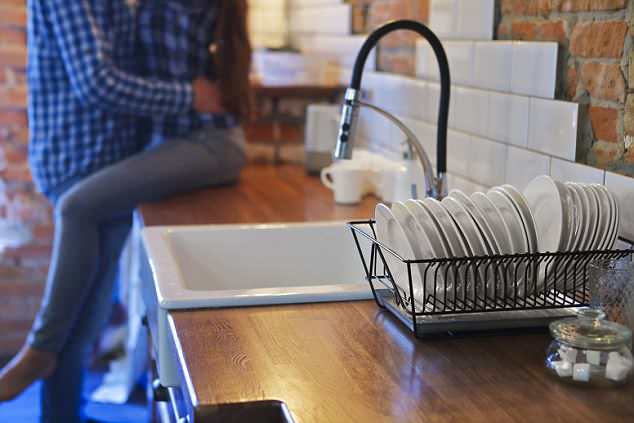 Doing it… where? Adults shared the places they like to have sex outside the bedroom 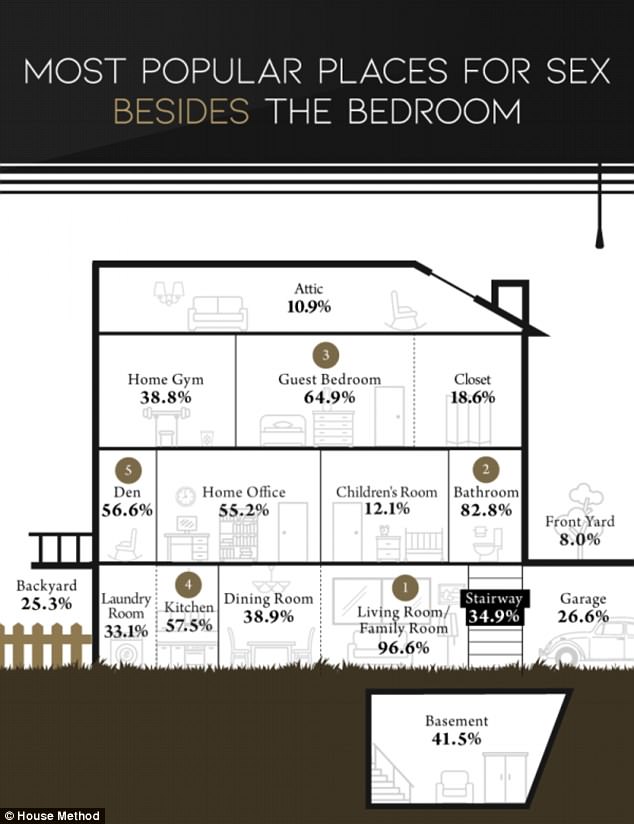 Shhh… While the family room is the most popular places people have had sex, 12.1% have done it in their kids’ rooms

House Method points out that many experts say that ‘spontaneity and experimentation is key to sustaining romance’ — and one way to keep the excitement alive is to have sex somewhere other than bed.

When asked where they’d had sex in their house, an eyebrow-raising 12.1 per cent responded with ‘children’s room’.

Luckily for the kids — both still small and now-grown — that was one of the less popular answers. However, it was still more popular than the attic (10.9 per cent) and the front yard (8 per cent). 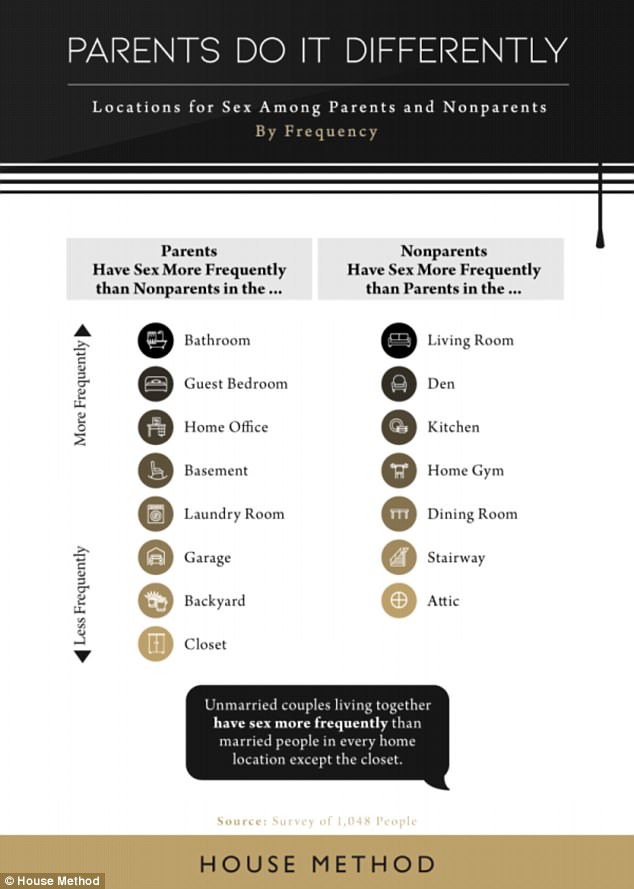 Makes sense: People with kids prefer rooms with doors that can firmly shut, while childless adults are more likely to pick a place out in the open, like the kitchen 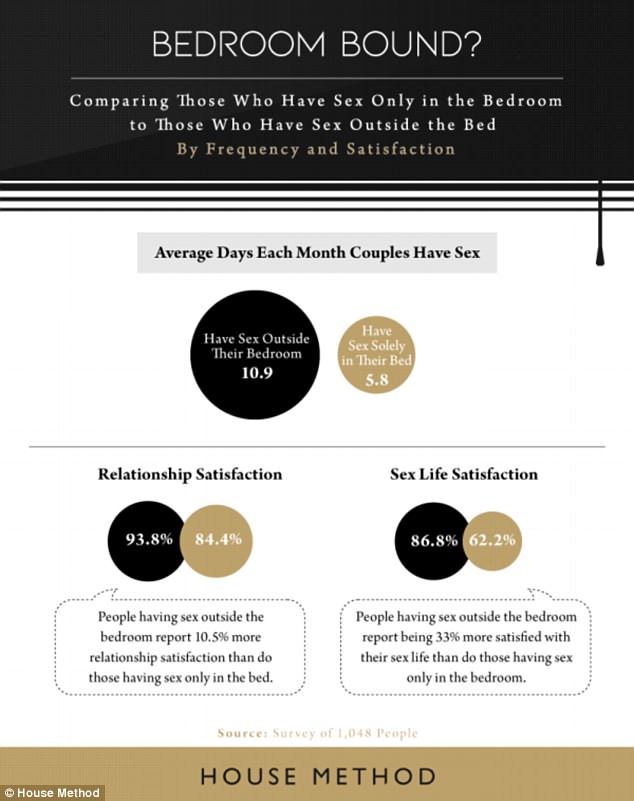 Variety is the spice of life! Couples who have sex outside the bedroom do it more often and have greater satisfaction in their relationships and sex life

But while the front yard is off-limits to most (for obvious reasons, 25.3 per cent have had sex in the back yard.

Parents and non-parents also have different favorite places to go for it. Parents are more likely to find special alone time in the bathroom, guest bedroom, or home office, while non-parents try it in the living room, den, and kitchen — seemingly showing that doors that close are a must for moms and dads. 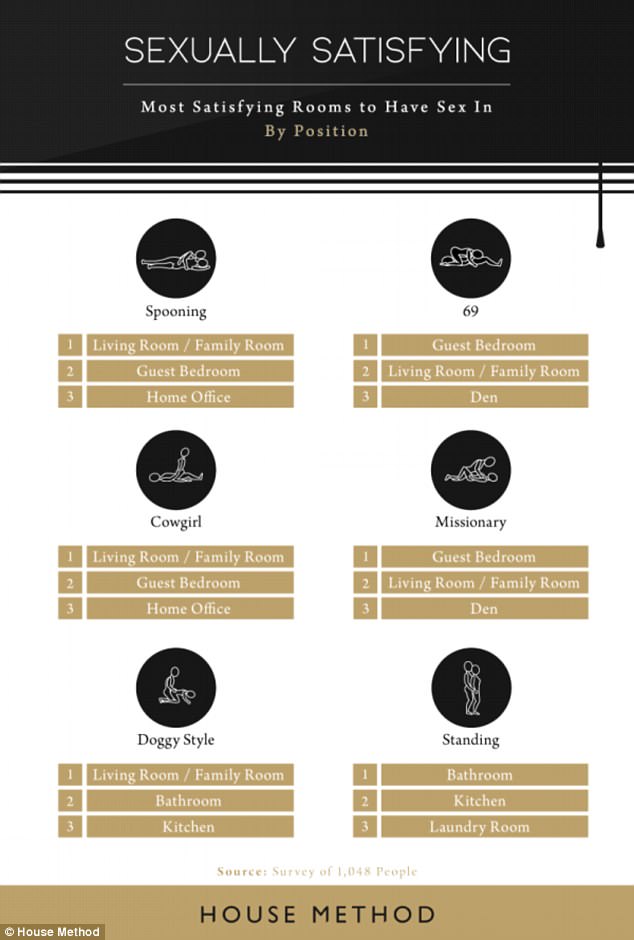 Getting ready: Different positions clearly work better in different rooms of the house Balancing act: People choose to stand up in the bathroom and kitchen… and likely the closet, too

Those who experiment elsewhere are also more likely to be satisfied with their relationships and with their sex lives.

The survey took a look at which positions people like to do in certain rooms, too, finding that 69 was most popular in the guest bedroom, living room, and den.