Giovanni Bazzana, a professor of New Testament at Harvard Divinity School, has been studying the apocalypse for years. He’s taught classes about the subject and has scoured through many ancient texts. That’s why, when Bazzana reflects on the natural disasters and social upheaval that have upended American life in 2020, he feels comfortable giving it a label.

The apocalypse is here, Bazzana insists. In fact, he believes it’s “always with us.”

Bazzana isn’t talking about monstrous beasts emerging from the sea or horsemen descending from a cosmic stage to wreak havoc on the earth. The trials of 2020 are an apocalypse in the original sense of the Greek word, he claims: a revelation or uncovering.

This year has revealed truths about American society that can’t be ignored or swept under the rug, Bazzana suggested ― whether it’s inequality in health care, racial injustice or the ineptitude of the government.

“It’s important to remember that apocalypse means revelation; it’s the moment that reveals something about one individual’s life or about society in general,” he said. “I think this is really a moment of big revelations, not revelations in terms of visions or prophecies, but revelations in the sense of seeing the truth of things.” 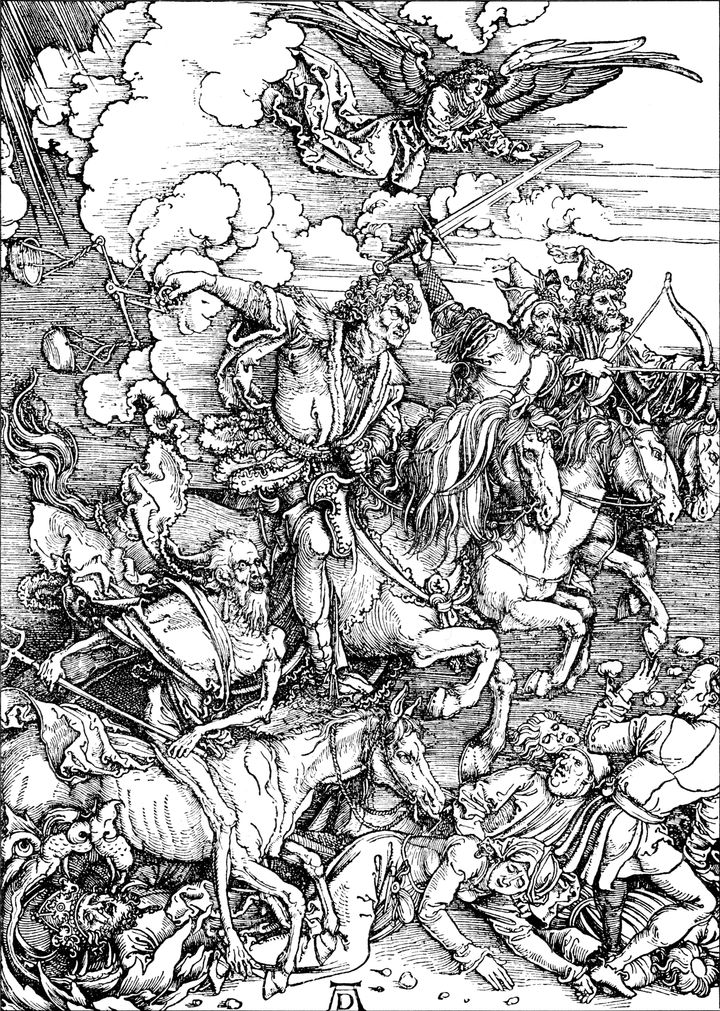 The events of 2020 have primed many Americans to think about the apocalypse. Google searches for the word apocalypse spiked in late March in the U.S. as states began to impose coronavirus-related shutdowns.

The months that followed provided plenty of fodder for apocalyptic thinking: a pandemic that has upended daily life, wildfires raging on the West Coast, widespread protests, a divisive presidential election in which the incumbent has yet to fully commit to a peaceful transition of power. News stories about “murder hornets” or speculation about signs of life on Venus are now mere boxes to be crossed off on imagined 2020 bingo cards.

Against this backdrop, Americans’ private, personal traumas feel even heavier, contributing to a sense that anything is possible ― and that the worst is yet to come.

The apocalyptic imagination often awakens in periods just like this, when societies experience upheaval and uncertainty. Many scholars believe the Bible’s Book of Revelation ― possibly the most culturally influential story of apocalypse for Americans ― was originally written as resistance literature.

Attributed to a man named John living at the end of the first century, the book contains vivid visions of a cosmic war between the forces of good and evil. It prophesies a future in which God will judge the nations, punish evildoers, avenge his people, and establish a just new world. The book was the coded yet defiant response of an exiled community to the Roman Empire’s oppression of Jewish people and destruction of Jerusalem, scholars say.

“Very often, these texts are written by people experiencing oppression from some power that is becoming too invasive or strongly persecuting them,” Bazzana said. 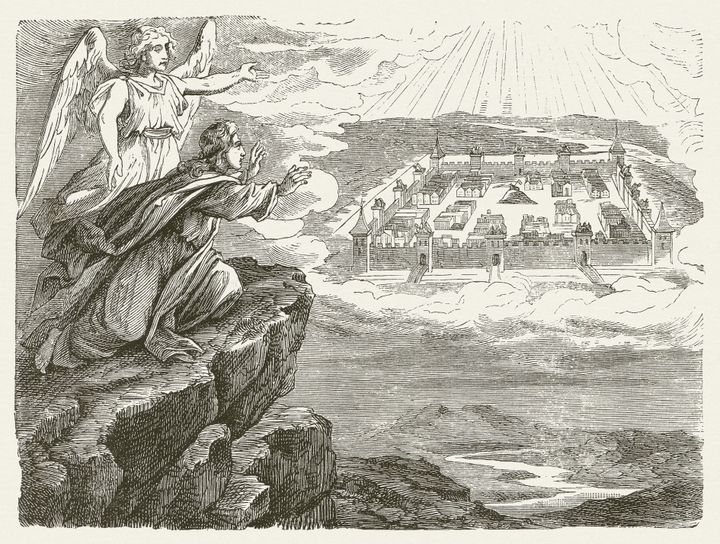 Apocalyptic thinking can be found in the religious texts of all three Abrahamic faiths, as well as in the cycles of destruction and reconstitution that appear in Buddhist and some other religious traditions.

Secular visions of the apocalypse exist as well, according to Anna Maria Bounds, a sociologist at Queens College, City University of New York, who has written a book about the city’s Doomsday preppers.

In these modern-day apocalypses, divine agency is less prominent and humans become the agents of their own destruction or salvation. These secular narratives tap into fears that people have about the fragility of modern life, Bounds said ― fears about the collapse of the government or the economy, the failure of technology, the threat of terrorist attacks or the effects of climate change.

“There’s a sense of loss of control, an increased sense of anxiety about all sorts of things,” Bounds said. “From the pandemic, to the wildfires, to the economic instability, to concerns about the upcoming election. All sorts of things.”

Popular visions of the apocalypse often deal with world-altering, cataclysmic global events. But an apocalypse can also happen to a group of people. The arrival of Europeans in North America was an apocalypse for Native Americans, Bazzana said, as was the experience of slavery for African Americans.

Apocalyptic narratives can encourage cultural forms of resistance that demonstrate resilience in the face of great adversity. Bazzana said the Ghost Dance, a late 19th century Native American spiritual movement that imagined an end to westward expansion, was one such resistance movement, as is some of the apocalyptic speculative fiction written by Native and African American writers today. 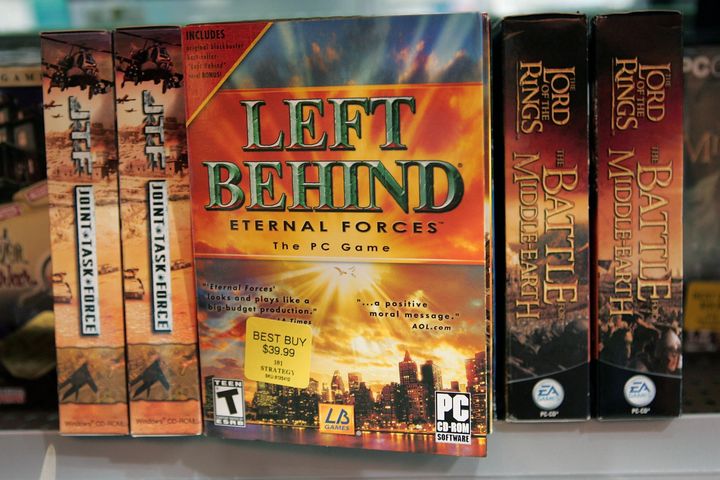 For some groups, the apocalypse is a way to grapple with a perceived threat to the status quo. An apocalyptic imagination is prevalent in some facets of white evangelicals’ support for President Donald Trump today. The religious group, used to wielding unquestioned cultural influence, is now contending with a rapidly diversifying country. Apocalyptic thinking also underpins the far-right, pro-Trump conspiracy theory QAnon.

Ideas about the apocalypse persist throughout the centuries because they are a way for humans to grapple with their anxiety about change, Bazzana said.

“I think humans need mechanisms to cope with that change,” he said. “To prepare oneself for change or to face change when it happens.”

The art and activism ― even some of the dark humor ― that arises from apocalyptic thinking is a way for people to regain a sense of control over what seems like an impossible situation, Bounds suggested. It helps people imagine what survival would look like and what they would want to bring with them into a new, post-apocalyptic world.

“It’s about us thinking about how we can participate in the creative and more positive rebirth of the world,” she said. “It makes you turn inward and it makes you take a productive look at yourself and figure out, the world’s kind of crazy — what can I do to anchor myself and what can I do to make a good contribution to the world?”

Catherine Keller, a constructive theologian at the Theological School of Drew University, has been interested in the apocalypse since the 1980s, when she started seeing Christian apocalyptic fundamentalism work its way into the Republican Party.

But more recently, she’s become concerned with secular apocalypticism about climate change becoming imbued with nihilism  ― as if it’s too late to make any positive changes. 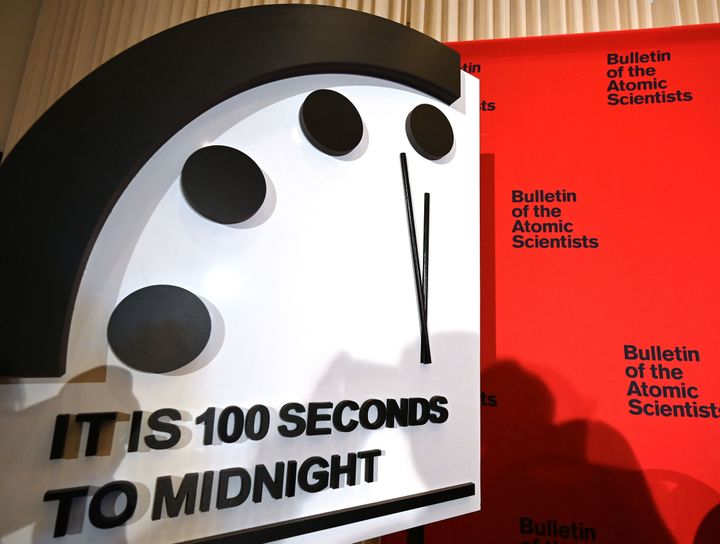 Whether it’s based in religious belief or not, thinking about the apocalypse as a final end to the world can be a “dangerous simplification,” Keller said, since it diminishes humans’ agency to impact the course of history.

2020 has been an “apocalyptically charged time” ― and that can be a good thing if it means that “we’re having our eyes opened,” Keller said. The emergence of apocalyptic thinking today is a “deep, ancient warning” that something about the way power flows in society needs to change.

“The apocalypse that we’re in now, if we read apocalypse faithfully, not as an end of the world but as a radical and painful opening, there is a chance, I suspect a big last chance, to really turn our world around.”

Jessica Blank contributed to this report.