3 Early Signs You & Your Crush Are Better As Friends

Part of maintaining a satisfying love life is learning how to differentiate between a romantic interest with potential, and a crush that might not make a solid match. The truth of the matter is, just because you’re crushing on someone, doesn’t necessarily mean that you should pursue a relationship with them. Fortunately, there are some early signs you and your crush are better as friends. This way, you could still enjoy each other’s company (on a platonic level), without starting a romance that might not be set up for success. That said, it’s also important to tread carefully.

Being friends with someone who you already have strong feelings for isn’t easy, according to Joshua Klapow, Ph.D., Clinical Psychologist and Host of The Kurre and Klapow Show."At the very least it is extremely difficult," Dr. Klapow tells Elite Daily. "[Your romantic feelings] may fade over time on their own. But the reality is, if you are looking for romance with them, those feelings aren’t going to completely go away." Of course, every situation is different, and only you can decide if being platonic friends with a crush is realistic. If you’re not sure whether to give love a chance, here are some signs a friendship could be a better option.

Sometimes, when people develop crushes, they’re lusting after the idea of someone, as opposed to the actual person. So, if you realize there’s no chemistry between the two of you, this could be a sign they aren’t the right person for you. "A physiological pull and attraction to another person is critical for a romantic relationship," explains Dr. Klapow. "It’s not just about whether you find them attractive or not. We can find platonic friends attractive and still not feel attracted to them. If you aren’t attracted in a sexual or romantic manner, it may be (at least at this point, things can change) that you’re on a pathway to platonic friends."

Your Interest Levels Aren’t The Same. 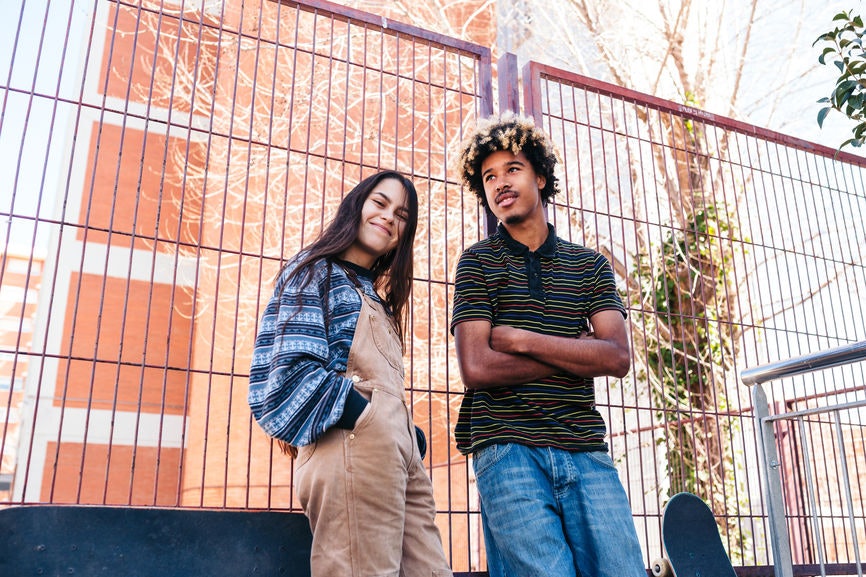 "You have a crush on them, and they’re into you," poses Dr. Klapow. However, they’re into lots of people, and you’re not. This is setting you up for emotional heartbreak. Better to stop the progression of the relationship if they are playing the field and you don’t want to." Although it’s easy to get caught up in the excitement of chasing someone out of reach, these stories rarely end in well.

Dr. Klapow also emphasizes the importance of dating someone who’s interested in having the same kind of relationship you’re interested in. If you’re not on the same wavelength about what it means to be in a romantic partnership, then a friendship might be more productive. "Maybe they are into open relationships and you are not," suggest Dr. Klapow. "Maybe they want all of your romantic time and you don’t. You may have a crush on them, but if you’re not romantically compatible, the romance is not likely to be long-lived."

Ultimately, not every crush is meant to turn into a relationship or even a close friendship. That’s why setting aside your attraction and trying to see the situation more objectively can be helpful. In the end, if you’d rather give things with them a shot, even if you have doubts, that’s OK. If you’re feelings end up fading once you get to know them, then a friendship may work out.