As you probably know, Nashville, Tennessee, has been a hot spot for vacationers seeking anything from a musical weekend vacay to a bumping bachelorette party. If you’re hoping to hop on the Music City bandwagon (or, should I say Pedal Tavern), you’ll probably want to do it on a budget. Thankfully, there are tons of cheap things to do in Downtown Nashville that’ll let you have a good time without totally breaking the bank.

If you’ve never been to Nashville before, you’ll have to catch up on the city’s neighborhoods and decide which ones you want to visit. Between East Nashville, The Gulch, Germantown, and more, there’s definitely something for everyone. But if you’ve got your eyes on Downtown Nashville, you certainly have a fun trip ahead of you. Between honky tonk bars, iconic music venues, and museums, there are a ton of things that you and your friends can do without spending a ton of money.

I mean, let’s face it: You’re probably going to spend some dough on an AirBnb or a hotel room during your trip, so why splurge on other things if you don’t need to? Being able to have a fun vacay without dipping into your savings account deserves a celebration in itself, so grab your cowboy boots and read on.

If you’re visiting Nashville in pursuit of cheep beer and good music, head to a honky tonk bar on lower Broadway. I’ve been to a handful of ’em and have gotten super affordable drinks. Plus, there’s usually a band playing somewhere inside, which means you can cheers with your buddies and dance the night away.

FYI, my favorites are Tootsie’s and Robert’s Western World.

Speaking of live music, you’ll be able to see a ton of it in Downtown Nashville (like, at almost every bar). Some of the bars on Broadway have cover charges, and some of them don’t. If you end up heading into a bar without a cover charge, you’ll be able to listen to live music while you sip on your drink. However, if you’re in there for free, tip the band when they pass their bucket around (trust me, they’ll appreciate it).

Some go-to live music spots in Downtown Nashville include Acme Feed and Seed, Legends Corner, The Stage on Broadway, and more. 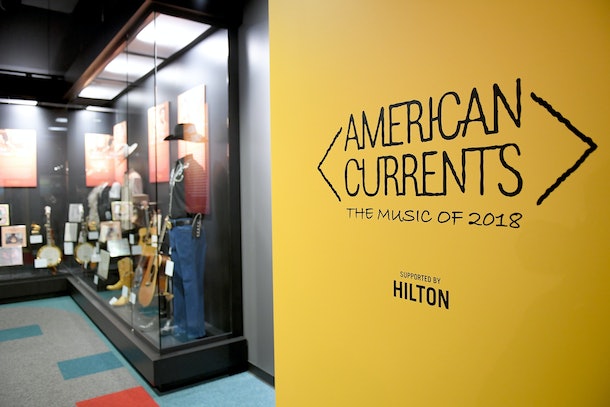 If you’re hoping to visit the iconic Country Music Hall of Fame and take a walk down musical memory lane, you’ll be able to do so in Downtown Nashville. Thankfully, tickets aren’t that expensive, either. In fact, you can score a museum ticket for $27.95, which is totally worth all of the music history that you’ll learn while you’re inside. Plus, you can tell mom and dad you did something "educational" on your vacay. 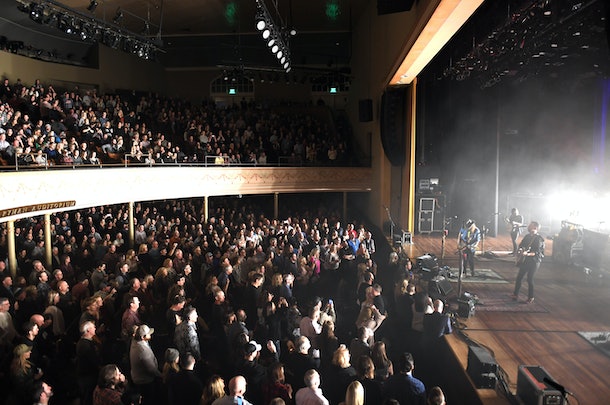 If you’re hoping to get your dose of historic music venues, go ahead and tour the Ryman Auditorium, which has hosted artists from Johnny Cash to Kacey Musgraves. According to the venue’s site, tickets range from $24.95 to $34.95 — so grab a buddy and start exploring.

If you’ve ever scrolled through social media and saw a group of people riding through the streets of Nashville on a mobile bar, chances are high that they were on a Pedal Tavern.

A Pedal Tavern is basically a bar on wheels, and everyone inside the wagon has to pedal to keep it moving. There’s a route on Broadway, which would probably be a blast for you and your friends. Believe it or not, it’s pretty affordable (under $50 per person). To find ticket prices for groups and individual riders, click here.

As you can see, there are tons of things to do in Downtown Nashville that won’t cost you a ton of money. If you visit some local bars, explore a museum or two, and top your trip off on a Pedal Tavern, you might even have some money left over to try some Nashville Hot Chicken.