5 Shows To Watch On Netflix If You Want Something Mindless

Netflix has plenty of high-brow, critically acclaimed shows that jam literary references into character dialogue and feature directorial imitations of the cinematic greats. I love those shows and try to champion them as much as possible.

But sometimes, especially at night after a long workday, I just want to watch something that doesn’t require hyperfocus on every frame to catch obscure Easter eggs. Sometimes I need to just slouch into the couch and not worry about whether I’m watching something “correctly” or missing some great artistic revelation. Sometimes I just want to have mindless fun while watching television.

The shows recommended below are still great; they’re just not the kinds of comedies that will make you sob and have an existential crisis. These are shows that won’t demand much from you but still rise to a level of quality that will make it feel like you’re not completely wasting your time.

And if you want to stay informed on what’s joining Netflix on a weekly basis, make sure to subscribe to the Streamline newsletter. 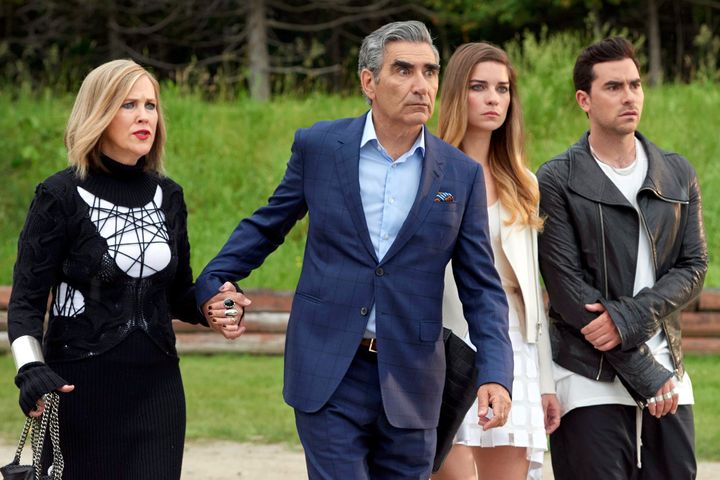 Streamline makes recommendations for streaming shows and movies. Every Saturday, Streamline highlights the best shows to watch online, with a focus on Netflix. 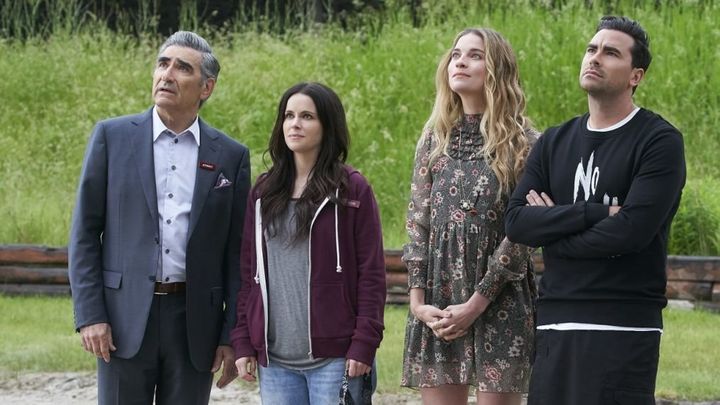 Premise: A family with obscene wealth loses everything except the ownership of a small town that the father bought as a joke. With no other assets, the family moves to this town to live for cheap and to try to sell the place.

Sum-up: The plot makes little sense, but the show is much more about the character interactions. The show balances the fine line between making the previously wealthy characters insufferable monsters and creating people with relatable emotions. Given that the thin plot doesn’t need servicing, the writers can also just cram rapid-fire jokes into each episode.

Heads-up: Without gripping narrative stakes, you can feel as trapped in this small town as the characters. You almost have to approach the show like a sitcom where the family can’t seem to leave the living room. These characters aren’t going anywhere, so you better enjoy watching them talk to one another. 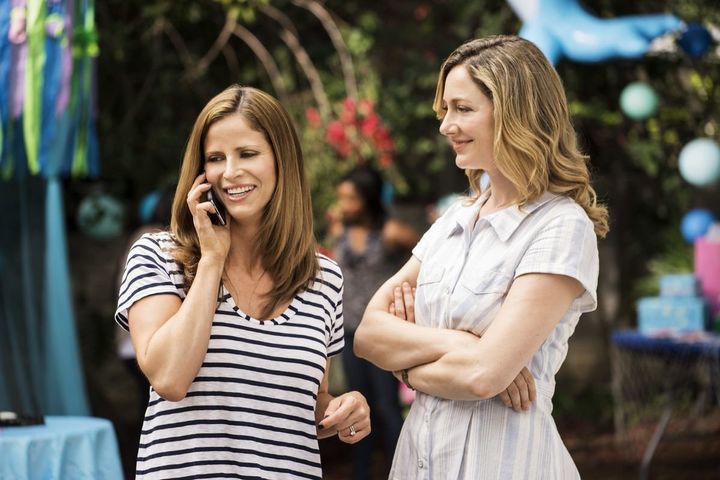 Premise: A young couple living in Los Angeles juggles their relationship, adult friends and the responsibilities they have as parents. The show centers on the mother, who has a personality in the ilk of Larry David on “Curb Your Enthusiasm,” as she’s also a writer and perpetually stumbles into situations where she has to say the name of this show.

Sum-up: Most television comedies about families reside in the sitcom genre. This stands out for featuring great comedians telling the same dirty jokes they would be doing if kids weren’t also in this.

Heads-up: The show has a vibe of trying to be edgy, but doesn’t really accomplish that. For the genre of family storytelling, it succeeds at edginess, but otherwise “I’m Sorry” can be a bit cringeworthy. 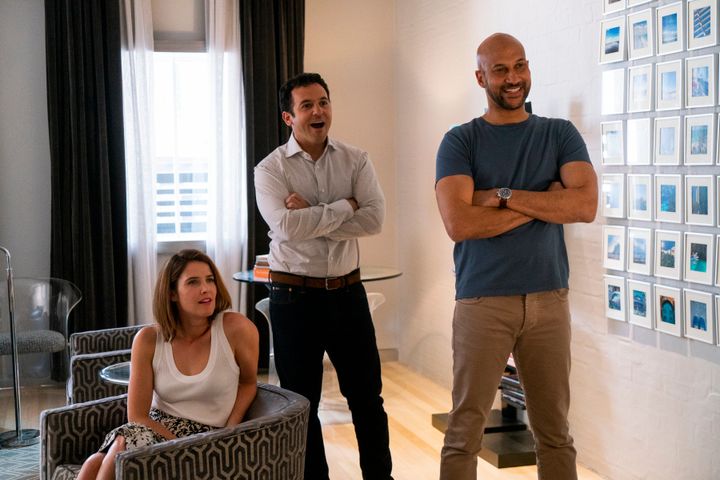 Premise: A number of 40-somethings living in New York City hang out and partner off together romantically. Most of the group knew each other back in college and have remained … friends.

Sum-up: If you love the genre of “cool rich people living in NYC” then you’ll be a fan of “Friends From College.” The show balances just enough narrative and character development with the constant jokes and impressive pratfalls, such that this is an easy binge-watch.

Heads-up: The second season is much, much better than the first. You should probably just find a recap of Season 1 and then start with the second season. Netflix also canceled this show earlier in the year. 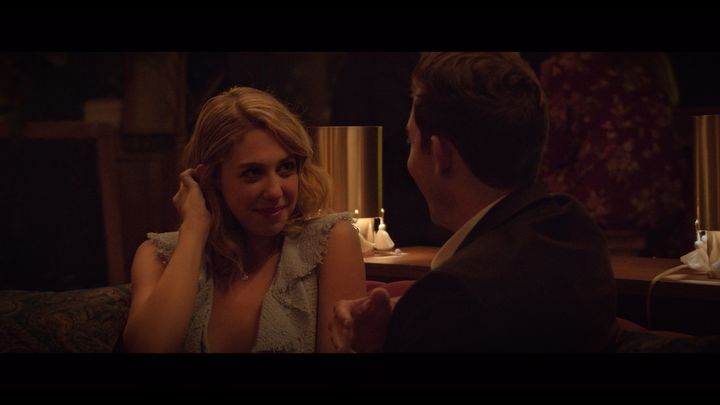 Premise: A reality show based on New Yorkers going on first dates. Each episode focuses on one person going on dates with different people, but at the same locations (on different nights). At the end, the subject of each episode has to choose just one person for a second date.

Sum-up: The world has plenty of dating shows right now, but “Dating Around” stands out for its exceptional camerawork and editing. These dates look cinematic while the competition tends to look cheap. The show also does a great job of weaving all the different date footage together to make it look like one long, continuous date (the main dater wears the same clothes to each date). This editing trick makes it easy to just get lost in the show.

Heads-up: The show doesn’t try hard to make the dates actually realistic. All of the meetups are blind dates and most of the people don’t seem remotely compatible, so you can guess early on who will get a second date. 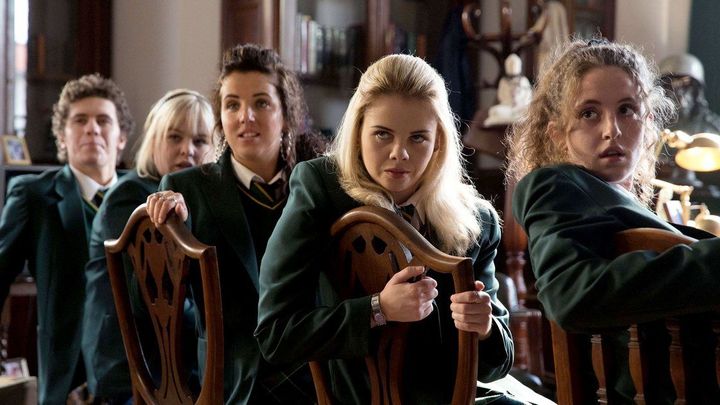 Premise: A group of friends living in 1990s Northern Ireland just tries to have a normal teenage life at school. While the British Army and the Irish Republican Army fight each other, these teens pursue crushes and have the typical awkward moments of their age.

Sum-up: A comedy that brilliantly balances the horrors of the world with the day-to-day lives that must go on. Without the backdrop of war, this would still be a fun teen comedy, but the show’s humorous approach to the surrounding darkness elevates this to something truly unique. Choosing to center this on teens who can credibly be disinterested and simply annoyed by the surrounding violence also helps the tricky concept work.

Heads-up: The characters speak with thick Northern Irish accents, so you may need to use subtitles.