LOS ANGELES — It was clear from the opening notes that Malea Emma Tjandrawidjaja was nailing it.

“Always before I sing, my heart will beat really, really fast,” she said.

Malea won a contest to sing the national anthem before Sunday’s LA Galaxy soccer match. Her reaction to winning included yelling and jumping on her bed — exactly what you’d expect from a 7-year-old. What you don’t expect is for a 7-year-old to sound the way Malea did.

CBS News asked if it comes easy to her, but she said it takes work. 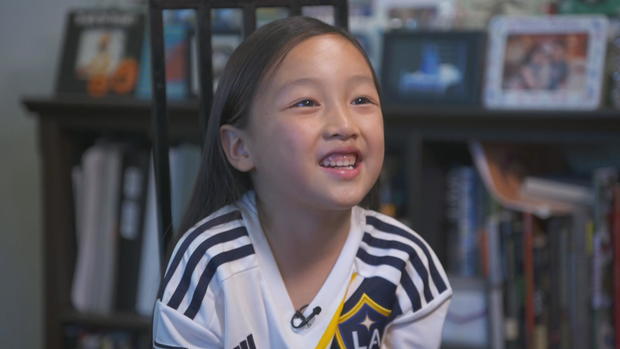 “Well, it’s not really that easy,” she said.

Malea, who began singing when she was 1, has already performed at Carnegie Hall and recently took the stage at the Hollywood Bowl. So, when asked what she wanted to be when she grows up, naturally she said “a singer, doctor, actress, violinist.”

At 7, she is already grown, with a voice for the ages.