“I can’t believe I was as small as some of those babies,” Isabella Ciriello, 12, shared with “GMA” about her experience playing guitar for infants being treated in the newborn intensive care unit (NICU) at NewYork-Presbyterian Komansky Children’s Hospital, the same isolette she was treated in when she was born almost 16 weeks early.

Weighing just one and a half pounds, Ciriello was born on the cusp of viability. Her doctors had prepared her parents for the most dire situation. 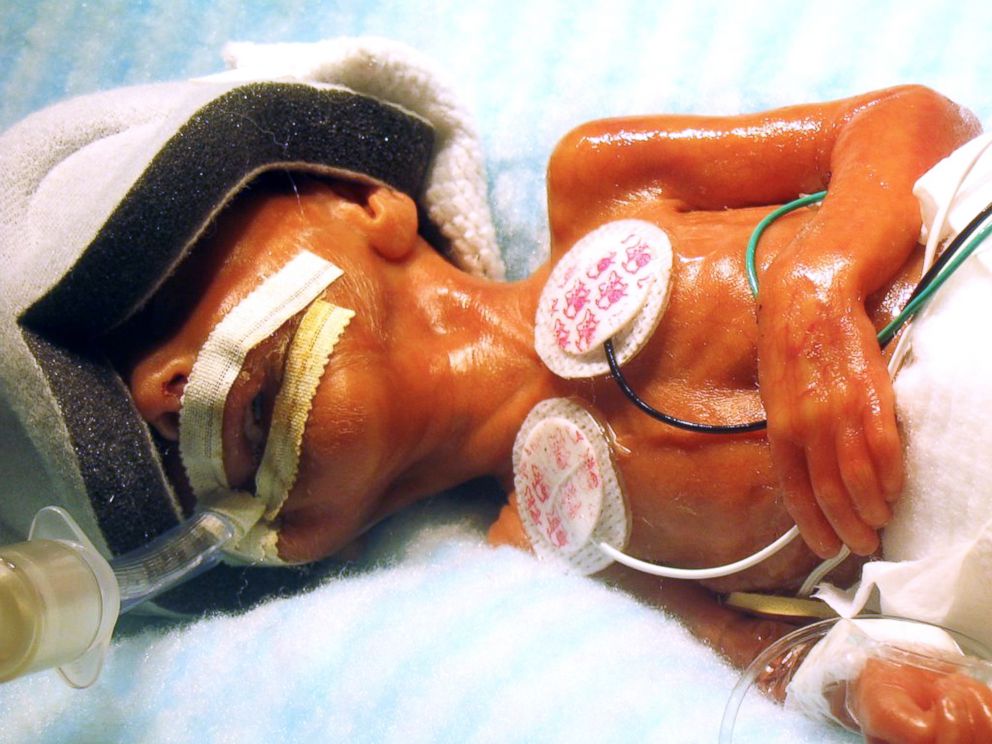 “They just said even if we can keep her alive because of her situation, we’re not really sure what affects this will have on her physically,” Isabella’s mother, Marcia Ciriello, told “GMA.”

Now the seventh grader is loving life and decided to give back to the team that saved her by performing music for the babies in the NICU.

“I could tell they [NYP’s NICU staff] were really shocked and surprised when they saw me because they don’t get to see what their babies grow up to look like,” Isabella Ciriello said. 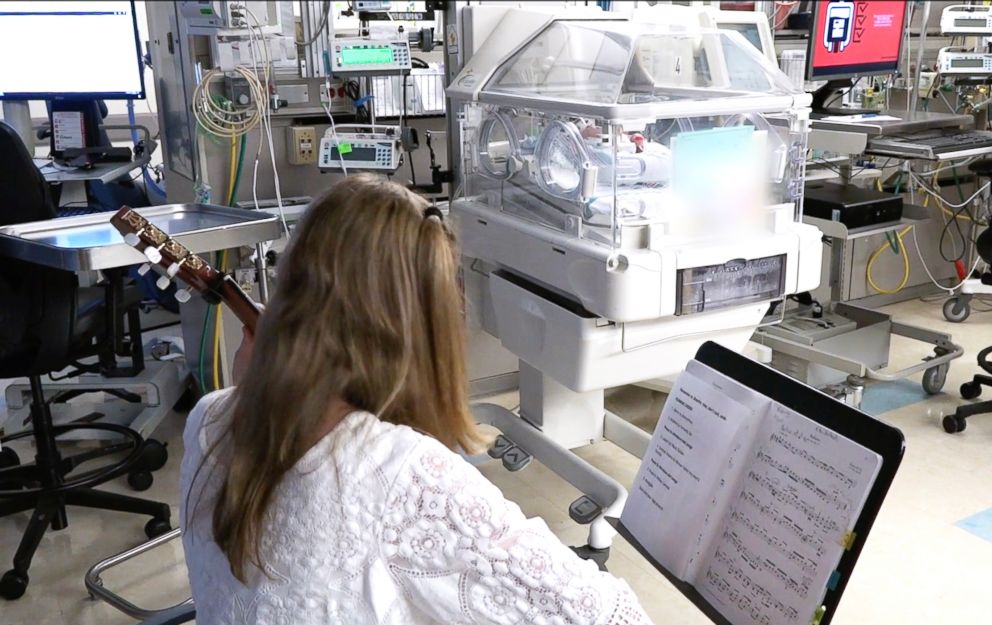 As she grew older, her mother explained to her what their experiences in the NICU were like.

“It really did bring it full circle to go back,” Marcia said. “It wasn’t until Isabella finished playing that some of the nurses saw me and recognized me and realized it’s Isabella’s. It was like this tearful reunion. They charged her, it was cool!”

“It’s not often that they got to see the fruits of their incredible labor,” she said.

Ciriello decided to give back over the holidays with music, because music was an essential part of her treatment in the NICU.

The unit often plays classical music for the infants as a way to help minimize stress.

“I studied the work of Mozart because there was something called the Mozart effect where they had college students listen to Mozart for 20 minutes and afterwards it showed an increase in their performance,” Dr. Jeffrey Perlman, director of newborn medicine and medical director of the NICU at NYP Komansky Children’s Hospital and Weill Cornell told “GMA.” “Isabella from early on got introduced to music because of that.” 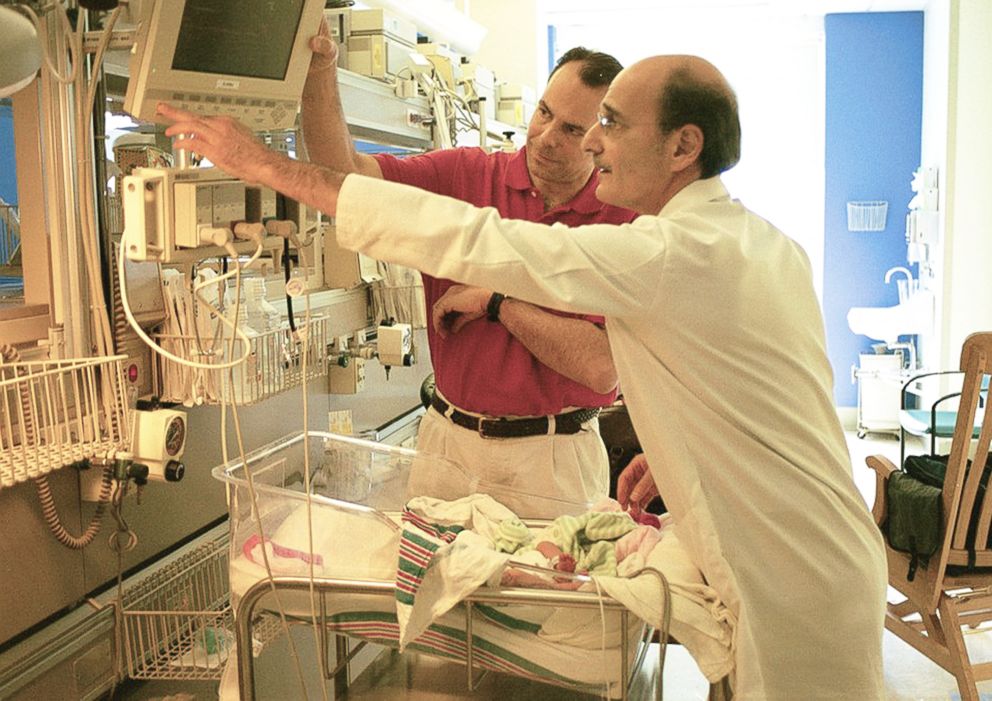 Since then, Isabella has learned classical guitar and piano, and she even studies music theory.

“My favorite classical composer is Johann Sebastian Bach, and I often play a lot of his music. I like messing around with some Beatles music,” Isabella said.

“It’s enriched her life and our life so much,” Marcia Ciriello said.

Learning from the doctor who saved her life

Marcia Ciriello documented Isabella’s experiences in her own blog, “Isabella’s NICU journey,” where she posted photos of her daughter as a premature infant and her care in the unit.

“I think it’s important for Isabella to see what everyone did for her and how amazing modern medicine is,” Marcia shared.

“At the time, no one that had a preemie who knew me reached out,” Marcia said. “People had been sending it around to other parents in similar situations. Anytime you have a sick child to know that any parent has gone through it and come out the other side I think that’s a great sense of hope to hold onto.”

Learning about her experiences as a premature infant influenced Isabella’s career aspirations at 12 years old. 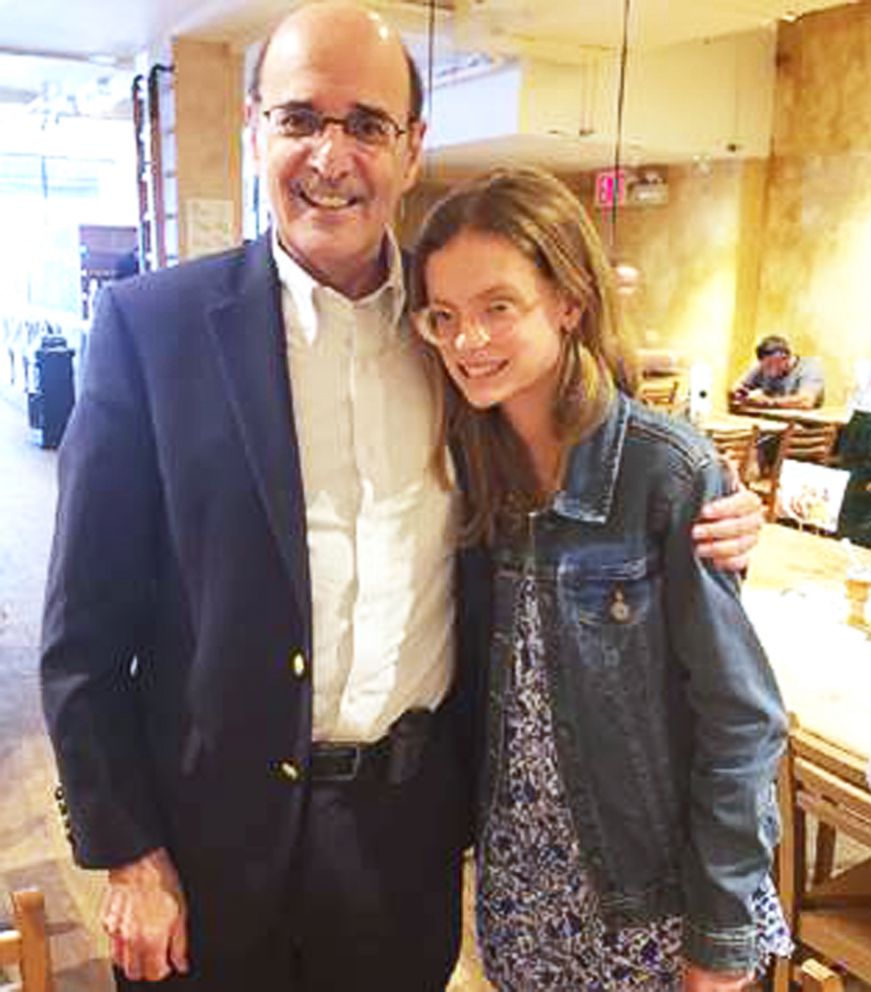 “I want to be a neonatologist like Dr. Perlman, so we talked about how I could get there,” Isabella said.

She asked Perlman if he would join her for lunch over the summer. It was the first time they had seen each other since she was five.

“She first asked what I thought of her when she was born,” Perlman said. “I said she was very tiny. She was a fighter and she took on all the obstacles that premature infants take on in a way that allowed her to leave the unit in pretty good shape.”

Both Isabella and her mother give high praise to Dr. Perlman and his team at NewYork-Presbyterian who saved her life.

“When you take somebody that tiny and you see them when they are 12 years old, words can’t describe how wonderful it is to see how the human spirit even at that young age can overcome a lot of odds and turn out to be just spectacular,” Perlman said.