Social media vs. real life. Shenae Grimes-Beech is getting real about the ways in which the internet has affected her postpartum recovery after giving birth to her son, Kingsley, over the summer.

The 90210 alum, 32, took to her Instagram Story on Wednesday, November 24, to talk about her post-baby fitness journey since welcoming her newborn on August 13 — and let fans know what they see online isn’t always what they get. 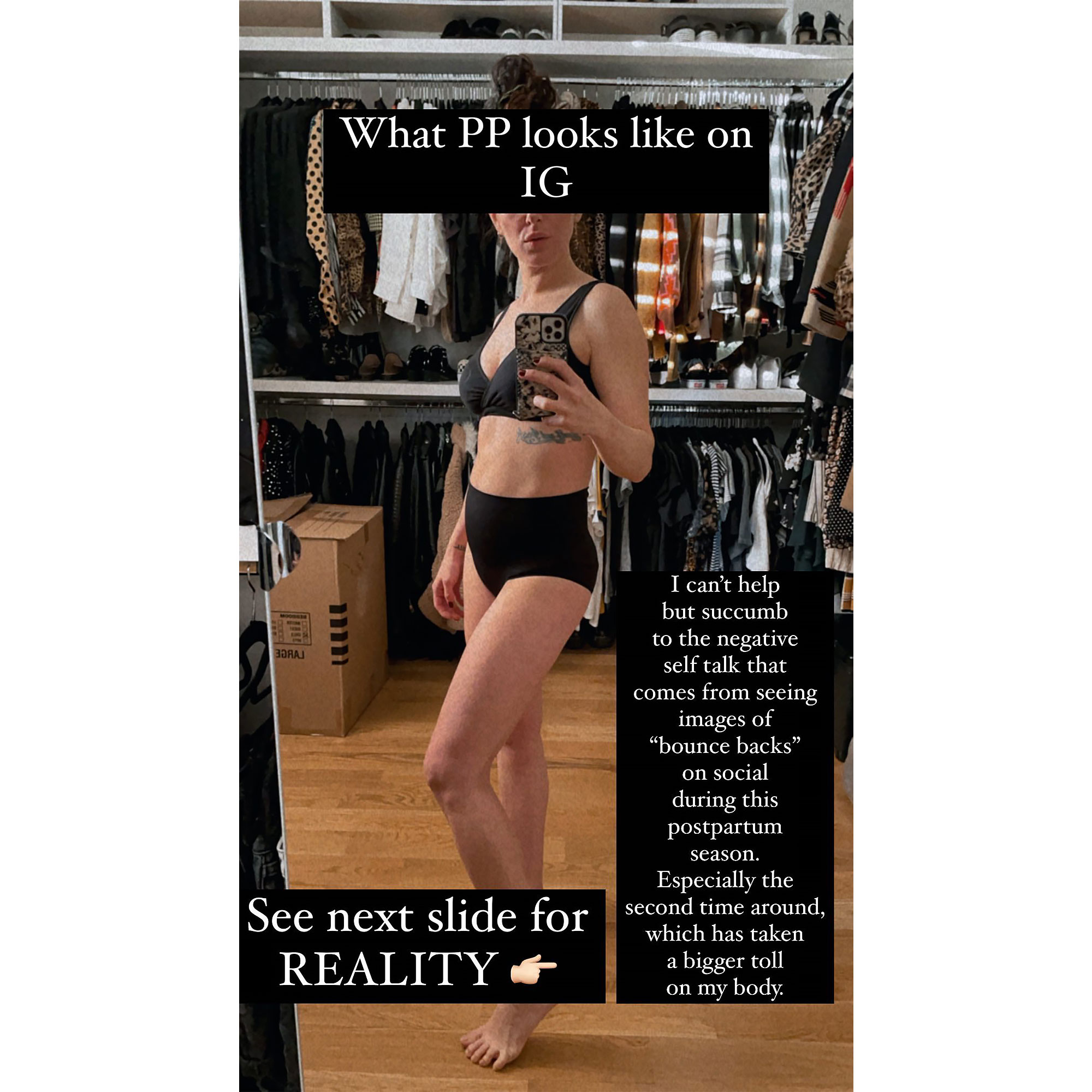 “What PP looks like on IG,” Grimes-Beech captioned an Instagram Story of her posing in a black bra and matching underwear.

“I can’t help but succumb to the negative self-talk that comes from seeing images of ‘bounce backs’ on social [media] during this postpartum season,” she wrote. “Especially the second time around, which has taken a bigger toll on my body.”

Grimes-Beech had her first child, daughter Bowie, now 3, in 2018, with husband Josh Beech. The couple got married in May 2013 after one year of dating.

On Wednesday, the native Canadian also shared a separate post in which she wore the same undergarments — but offered a more honest look at her progress.

“This is my 3.5 months PP IRL,” she captioned Wednesday’s “hump day” video via her Instagram Story. “Just a friendly reminder that filters, clever angles and shapewear are not reality. Postpartum looks different for all of us.” 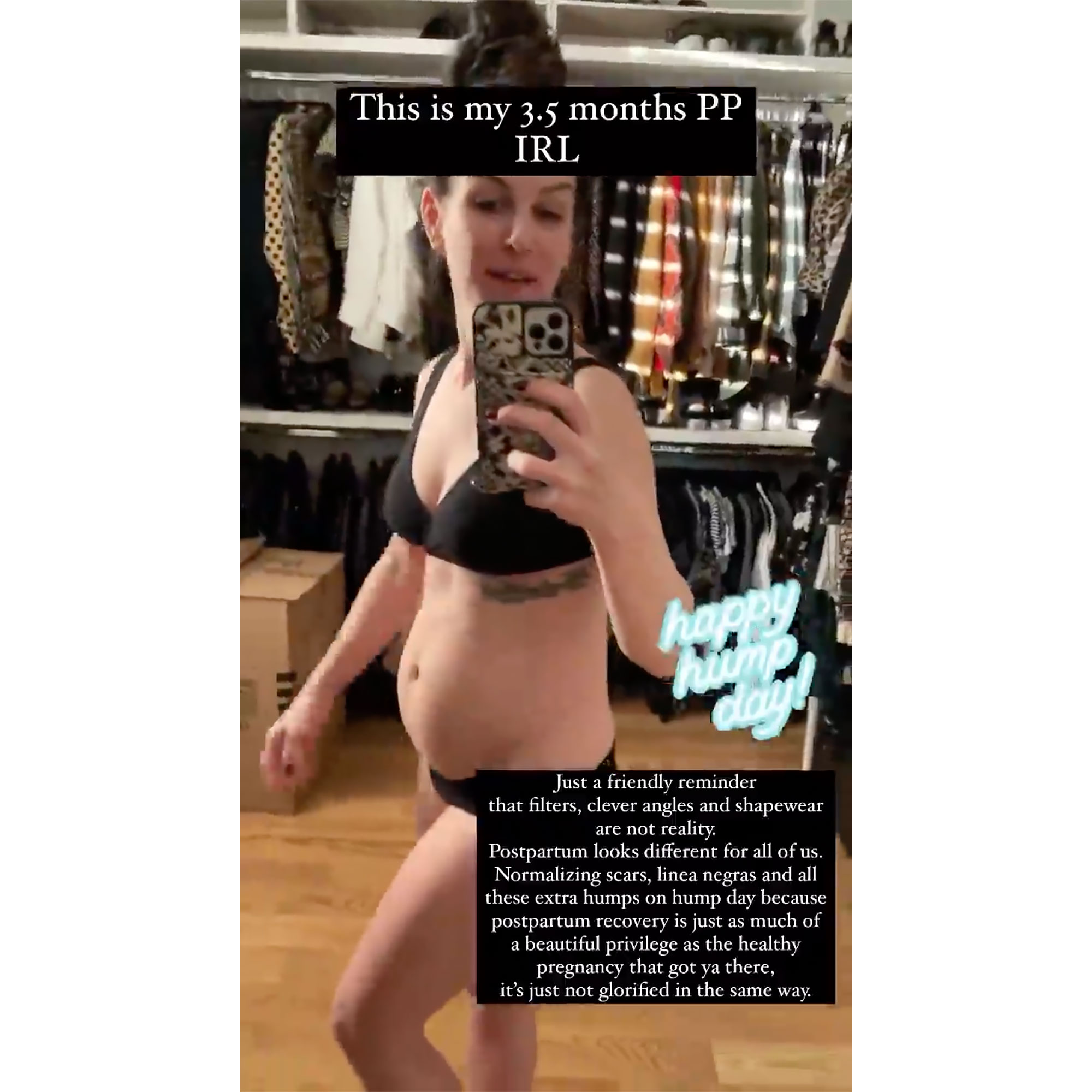 The Scream 4 actress continued, “Normalizing scars, linea negras and all those extra humps on hump day because postpartum recovery is just as much of a beautiful privilege as the healthy pregnancy that got ya there. It’s just not glorified in the same way.”

In October, Grimes-Beech let her followers know that her doctor had given her the “all clear” to hit the gym nearly two months after giving birth to her baby boy.

“Today I start my postpartum fitness journey,” the Degrassi alum captioned an October 5 mirror selfie in which she showed off her stomach. “But before I do, I wanna celebrate this body I’m in RIGHT NOW because she has done a glorious thing.”

Four years earlier, Grimes-Beech admitted that she was “nervous” to debut her post-baby body after her little girl arrived — but knew she had to do it.

“I’m sure I’ll receive comments from people asking if I’m magically 5 months preggers again already or saying I looked hella tired or WHATEVER,” she said at the time via Instagram. “But I felt it was important to share on social media because this is my reality and I’m proud and empowered by this incredible body and the life it created.”

She continued, “Rest assured I’ve felt the absolute opposite of insecure about my body since giving birth to Bowie” — and, based on her latest post, she feels just as proud of herself after Kingsley’s arrival.