A $200b question: Will we save or splurge on poached eggs?

It's a $200 billion question on which rests economic and government policy settings for the next two years.

Wednesday’s national accounts data showing the single largest quarterly increase in GDP was as surprising as it was welcome. 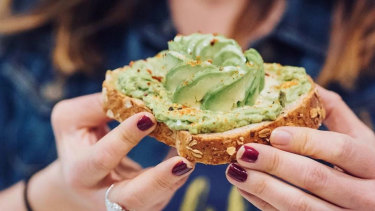 Clothes, shoes and servings of smashed avo helped grow the economy through the September quarter. But we’ll have to do a lot more to get the economy back to health.

The economy grew by 3.3 per cent as consumers flooded to re-opened stores or their online portals to buy new clothes, shoes and poached free-range eggs on sourdough.

You have to go back to the March quarter of 1976, when Treasurer Josh Frydenberg was just five years old, for such a bounce in economic activity.

Households, free again in every state and territory bar Victoria to venture down to a mall or shopping strip, injected $254 billion into the economy. It was $18.5 billion more than the disastrous June quarter.

But they could have spent even more. While increasing their expenditure, consumers also socked away billions in their bank accounts – in real terms losing money on their investment – out of fear.

Since February, households have saved an extra $110 billion in the nation's banks. Some of that cash is from people who withdrew up to $20,000 from their super in a personal finance own-goal that will cost them in retirement.

Once you take into account what businesses are doing, the savings binge is closer to $200 billion.

In the national accounts, this increase in deposits is showing up in the household savings ratio, which is at 18.9 per cent.

In the run-up to the global financial crisis, the savings ratio was actually negative as people used the equity in their high-priced homes as a type of bank card.

It's that $200 billion, and what consumers will do with it, that is the biggest issue facing the Reserve Bank, the Morrison government and the states and territories.

Remember, while the economy expanded by 3.3 per cent in the September quarter, it is still 3.8 per cent smaller than a year ago.

Household spending is $18 billion down on the September quarter of 2019.

Investment by businesses in buildings is almost 10 per cent down on an annual basis while their spending on plant and equipment is 13 per cent lower.

For the recovery to take hold, household consumption, which accounts for 60 per cent of activity activity, needs to really get going.

In the December quarter that should be a given, with Victorians able to hit the Greensborough Plaza in Melbourne or the Maude Street Mall in Shepparton. There should also be a further increase in the rest of the country as the states and territories wind back their COVID restrictions.

But the economy won't be in full swing until that household savings ratio tumbles and that $200 billion in extra bank deposits is circulating through department stores, suburban bakeries and new car lots.

And it won't circulate unless consumers are confident enough that the coronavirus has been brought to heal, they are secure in their jobs and the rest of the economy is improving.

The reduction in programs such as JobKeeper and the JobSeeker coronavirus supplement may force households to tap into their savings. But they may only replace their expenditure rather than increase it.

Over six months, the economy suffered its worst contraction since the 1930s. It's now had a three-month burst of life.

But for that life to fully blossom, that $200 billion in savings has to find its way out into the registers of the nation's shops.