When looking at one of Andrew Llloyd Greensmith's magnetic yet spare portrait oil paintings, those who know about his busy day-job – he's a plastic and reconstructive surgeon – might wonder what he sees when he meets people.

With his painter's eye, does he note the texture and shape of their face, the way the light hits them, the emotion that evokes? Or does he apply the cool appraisal of a surgeon, observing bone structure and facial muscles? 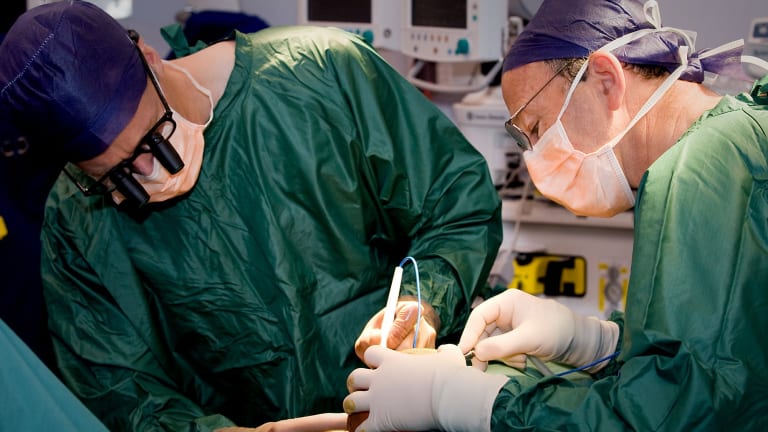 Perhaps his vision layers one upon the other – for his paintings are certainly rich with both physical detail and feeling. "I often get asked what I get out of painting and I think it is the unique experience of creating something from nothing," he says. "In some ways it is a little similar to reconstructive plastic surgery where we are rebuilding something lost or taken away through injury."

He is quick to emphasise, though, that there is clearly much more at stake with surgery. "When I am stressed about how badly a painting is going or an error I just need to remind myself that it is not surgery, so it puts struggles with the artistic process in perspective." 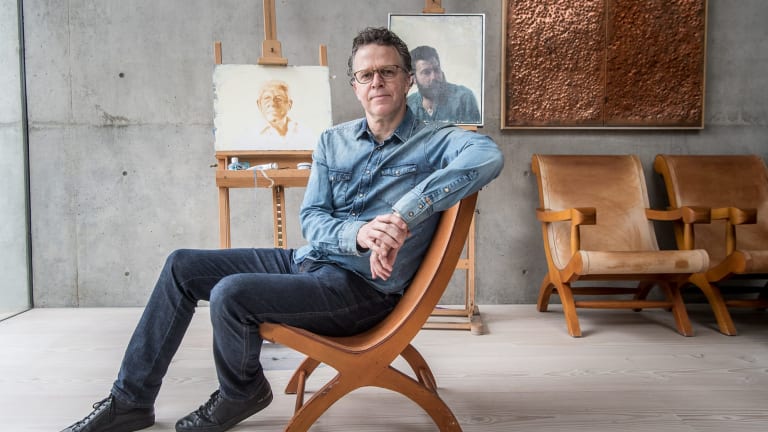 Greensmith meets many people each week during professional appointments. When he sees new patients, he finds they are sometimes nervous, usually there to have something repaired or to have elective aesthetic surgery. He starts by asking them about themselves, and his curiosity helps relax them.

They are no doubt curious about him, too, this man who was in the news in 2009 when he was chief of craniofacial and cleft surgery (2008-2014) at Melbourne's Royal Children's Hospital, and co-headed the plastic surgery team that successfully separated conjoined twins Trishna and Krishna. That extraordinary work was notable in a career that has taken him to a level of expertise where he now funds a fellowship for fully qualified plastic surgeons who want to sub-specialise in his niche area of plastic surgery – complex nasal surgery.

Now working solely in private practice and also specialising in facial surgery and aesthetic breast surgery, Greensmith commits time to his artwork – and his name crops up in the media for being on Archibald Prize finalist lists. Last year, his portrait of dancer Eileen Kramer, aged 103, made the Archibald finals, and this year, he was a finalist with a painting of the academic Dr Susan Carland.

Greensmith considers himself still a student in art, but it has always been a deep love. When he won an art prize in primary school in New Zealand, he was allowed to buy whatever he wanted at the book store. He chose a realist painting book. "It was odd for a nine-year-old to choose that, but something about the rendering of realistic form really appealed to me," he says. 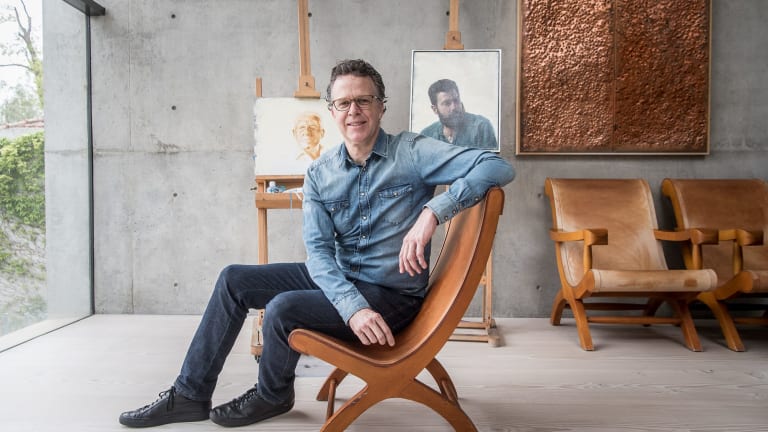 Andrew Lloyd Greensmith has had a love of art since his primary school days.Credit: Justin McManus

Art was not something he was strongly encouraged to pursue; he entered "the slipstream of what is going to get you a job". "It was seen as strange or unusual to do art. I fell into that." He headed towards an interest in plastic surgery. "I had picked up a book at a friend of my parents, a surgeon, that showed pictures of children before and after having a cleft lip and palate repaired. I was fascinated."

Greensmith says he "clearly was meant to be more artistic" and found himself struggling with maths and science subjects. He went to Otago on the South Island to do a pre-medicine course and chose subjects he enjoyed that would bump up his overall score. 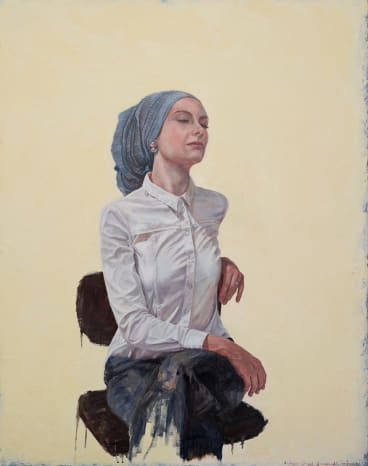 After completing plastic surgery training, he went to Paris in 2002-03 to specialise further in craniofacial, aesthetic and rhinoplasty surgery. There, he remembers being so excited by the opportunities to look at art. He is the sort of person, he says, who gets in trouble for going up too close to paintings because he is so interested in the fine details. He loves to decipher "their presence and how they are almost living".

On returning from Paris, he eventually went into his senior role at the RCH. After leaving there in 2014, he conscientiously began to devote more time to painting, working on family portraits. A friend suggested he enter the Archibald. Because Greensmith's daughter was involved in ballet, he noticed a newspaper article in the hospital theatre tea-room between surgeries: it was about dancer Eileen Kramer. He was fascinated by the way her presence and character were portrayed.

He managed to make contact and she agreed to sit for a portrait. "And my anxiety levels went up," he says. "That sense of self-doubt. I am a reserved person and there is a constant battle over whether you can pull something off or whether you are going to make a mess of it – especially when you ask someone if you can do their portrait and you are not a professional artist."

While he might have posed Kramer in a dance move, he felt that would seem contrived. Rather, he wanted to show "what she is like in life as a person, with a sense of calm and satisfaction and just comfort of where she is with her life at 103 years of life". He hit the mark with his sensitive rendering of her face framed by her elegant hands, and the Archibald judges loved it, too.

With Carland, the subject of this year's Archibald entry, he again was provoked by a magazine article exploring the way Carland approached her life so bravely as a feminist, academic and Muslim. He liked that she was incredibly strong when under fire over her religious beliefs, with an attitude developed "from a cool, educated point of view".

"I like it when people come out with facts based on education, and she seemed to be speaking from a group that was frequently spoken over or talked about rather than talked to." In his portrait, he wanted to relay a sense of isolation, and her sense of comfort within that. As with the portrait of Kramer, Carland's eyes are closed; and while there is a strong sense of realism in the technique, there is also a dreamy strength of feeling.

As Greensmith says, while he works from many different photographs and sketches, he is not fond of technically brilliant paintings that are almost hyper-real in their precision. "Photo-realism leaves a lot of people quite cold," he says. "The camera lies: it gives sharp edges everywhere. None of us have lines on us or sharp edges; we have soft edges. That is where the real art comes – and that is what I have been trying to learn, that translation."

The 2018 Archibald Prize is at Geelong Art Gallery until November 18. geelonggallery.org.au