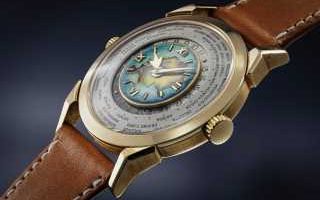 A Patek Philippe Watch Just Sold for $7.8 Million at Auction

PRECIOUS TIME: In a sign of healthy interest in exceptional Swiss watches, a rare Patek Philippe went for $7.8 million at an auction in Geneva, setting a new world record for that particular model.

An anonymous phone bidder was the victor, among nine contenders who dialed in to The Geneva Watch Auction: XIII, many of them from Asia, according to Phillips, which organized the weekend sale in association with watch auction specialist Bacs & Russo. The lot set a record for a Patek Philippe Two-Crown Worldtime wristwatch with a cloisonné enamel dial, and for any wristwatch in yellow gold ever sold at auction. It went for double its low estimate.

Known to aficionados by its reference number, 2523, this “Silk Road” model is the earliest ever made of this reference and, according to Phillips, one of the most sought-after and unobtainable timepieces in the world. Manufactured in 1953, its unique features include two crowns and a “Eurasia” cloisonné dial, one of only three with that dial motif.

The Patek Philippe museum in Geneva houses three examples of the 2523 model, and that equals to approximately 10 percent of the total production, making this model the one with the highest ratio of examples present in the museum verses examples made, among serially-produced references, Philllips said. It noted that the “restricted production output and the differently decorated dials meant that each one of these watches was treated practically as a pièce unique (one of a kind, in English).”

In 2016, Phillips sold a Patek Philippe model 1518 in stainless steel for $11.1 million, the highest result ever achieved for a vintage Patek Philippe wristwatch at auction.