It's too easy to miss brilliant streaming shows, movies and documentaries. Here are the ones to hit play on or skip.

The Wilds
Amazon Prime Video, from December 11
When a private jet full of troubled teenage girls en route to a wellness retreat crashes beside a desert island somewhere in the Pacific, it looks as though we're in for some serious Lord of the Flies action. But is there something else going on? And what might it have to do with a scary far-away pug owner played by Rachel Griffiths? 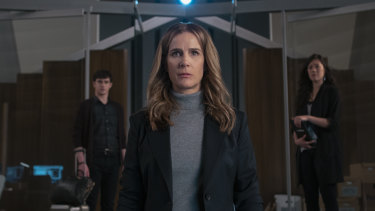 Rachel Griffiths in the young-adult series The Wilds.Credit:Amazon Prime

Across 10 captivating episodes series creator Sarah Streicher (Daredevil) skilfully drip-reveals her own mystery – one that has some pretty shocking turns – while delving deep into her characters' back stories to show how just being a teenage girl can be just as much of a struggle for survival and sanity as being stranded on a desert island.

The Wilds is marketed as a young-adult series, but it's gripping, intelligent stuff that will hold the attention of older adults much more tightly than most adult dramas do. The subject matter skews very "adult" too.

The first girl we begin to know is 17-year-old uni student Leah (Sarah Pidgeon), who has just had sex for the first time – with 30-year-old novelist Jeff (Carter Hudson) to whom she had posed as an 18-year-old. When Jeff cuts off contact in apparent terror at being vulnerable to statutory-rape charges, it's not clear whether he's the type of creep who would have ditched Leah anyway, but her distress is all too real. And hers isn't a great frame of mind to be going into such an island ordeal with. 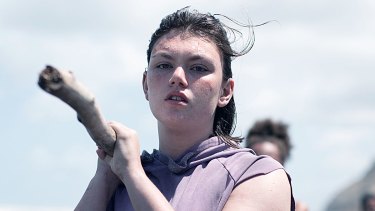 Also washing up on shore are Native-American girl Martha (Jenna Clause), who is short on self-confidence, and her best friend, Toni (Erana James), who is long on explosive anger. Just as angry is athlete Rachel (Reign Edwards), who developed an eating disorder to try to keep her Olympic dream from slipping away and who blames her sister, Nora (Helena Howard), for everything.

It's a tremendous young ensemble cast, and Australians Mia Healey and Shannon Berry are standouts as Texas pageant princess Shelby, who seems to have a good deal more to her than an insufferable fondness for public prayer, and her outsider classmate Dot, who has been struggling with her terminally ill father.

Streicher's deft and comprehensive job of emotional cross-wiring enables her to strike authentic sparks at any moment, and the series' roster of mostly female directors (the exception being Tropfest founder John Polson, who directs three episodes) keep the lid on the pressure cooker while making good use of the rugged New Zealand scenery.

Godmothered
Disney+
Jillian Bell and Isla Fisher shine in a fairytale of a very different kind. Bumbling student fairy godmother Eleanor (Bell) wants to prove that people still need fairy godmothers, but the only request she can find is an old one from 10-year-old Mackenzie, who is now a widowed mother of two (Fisher). Much fun and many exploded pumpkins later everyone agrees that the traditional fairytale ideal is outdated and that people can find happiness in all kinds of different ways that don't necessarily involve romance. Nice. 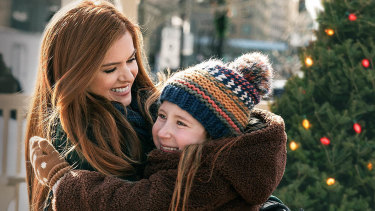 Dom and Adrian: 2020
Stan*, from Sunday
If you've had a tough year, spare a thought for the original Bondi hipsters, Dom and Adrian (Christiaan Van Vuuren and Nick Boshier). As this half-hour mockumentary shows, those pretentious drongos have had a shocker too. They're trying to figure out ways to pay that ever-increasing Bondi rent, and their very bromance itself is on the rocks as this surreal special bounces off the walls, evoking its own kind of lockdown stir-craziness. Keep an eye out for the toilet seat during the online DJ set. 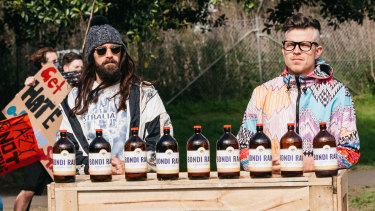 Skit This
ozkidsnewtwork.com, new episodes on Fridays
With new hosts Marcelina Tombra and Fergal McTigue bringing lots of youthful energy and charm, the revamped second series of this participatory kids' sketch show is already a winner. Each week Tombra, McTigue and other cast members and celebrity guests deliver wacky sketch action while encouraging kids at home to get involved by filming their own skits and writing scripts to be animated or lyrics to be put to music. The unbridled creativity and humour of everyday kids is a delight, and they can win cash too.

The Expanse
Amazon Prime Video, new season from Wednesday, December 16
Those who've lost track of this richly imagined, expensively rendered sci-fi based on the novels of James S. A. Corey might be startled to learn that it's now coming into its fifth season. On one hand everything about it seems even more expansive, with the discovery of an ancient alien portal network giving humanity the chance to spread beyond our solar system and explore other eerily abandoned worlds. At the same time, though, the microgravity of the space stations and asteroid-mining colonies in our own solar system keep things kind of earthy. 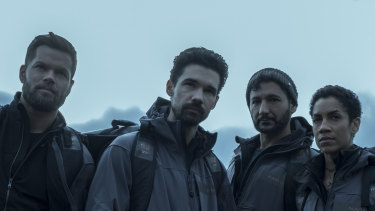 When you punch someone in the mouth, for instance, or pull out one of their teeth with a pair of pliers, the spray of blood just hangs in mid-air like a mute protest. Of course there's also war between Earth and separatists from further out. As the new season begins, Naomi (Dominique Tipper) is desperate to find her son, Filip (Jasai Chase Owens), who is involved in his father's plot to bomb Earth into submission by raining asteroids down on it. Tough, intelligent sci-fi.

The Liberator
Netflix
The story of US Army officer Felix Sparks and his battalion's brutal 500-day fight against the Nazis across Italy, France and Germany is a truly epic story of heroism and tragedy. It's also one of friendships forged between white cowboys, Native Americans and Mexican Americans who would have had nothing to do with each other back home in Oklahoma. The CGI overlay of the live action is respectful and haunting, and far more lifelike than older techniques used in things like Richard Linklater's Waking Life.