A real ball of fluff! Social media goes wild over an adorable dog after its fur was groomed into a perfect CIRCLE, leaving the pooch looking just like a sheep

A dog in Japan went viral after a groomer shared photos of her canine client after a seemingly routine brush and clean appointment.

Japanese dog groomer Yoriko Hamachiyo posted a picture of Sesame the teacup poodle to her Instagram account after her appointment at her grooming salon called Yorikokoro.

But it’s not the sleek and crisp style that’s garnering the dog massive attention but rather, the fact that the dog was transformed into a perfectly circular ball of fluff. 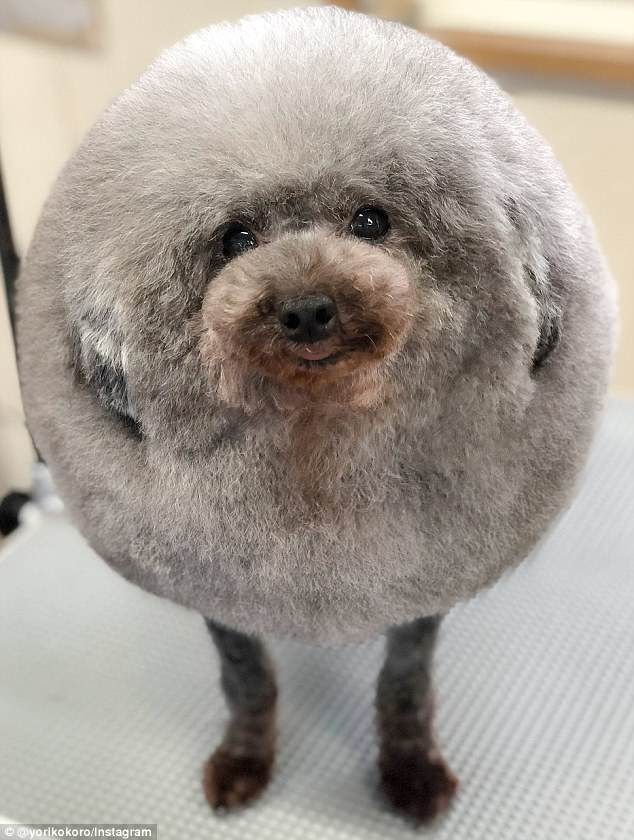 Perfect ball of fluff: Japanese dog groomer Yoriko Hamachiyo posted a picture of Sesame the teacup poodle after her appointment 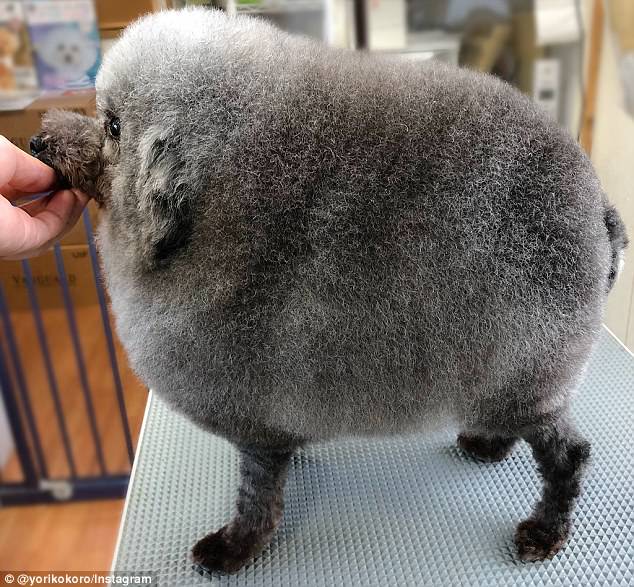 Another angle: The groomer shared more photos of Sesame after fans of the dog wanted to see a different side of her fluffy look 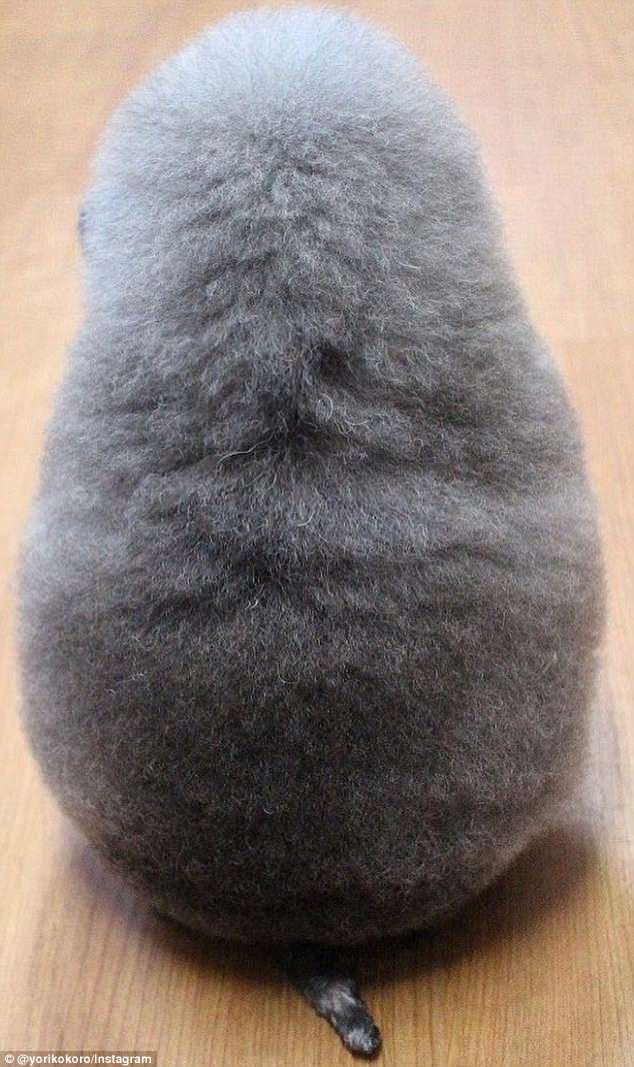 Look back it: Another angle of Sesame show the tiny canine as she posed for a photo after her grooming appointment

It would appear that Sesame definitely has the ability to rock any style and people have taken notice and shared in the comments section of Yoriko’s Instagram post to state how much they love Sesame’s new do.

One person wrote: ‘This makes me want a poodle just so I can take it to the groomer to make it look like a sheep’ while another person said: ‘Little furbaby got dropped off to get groomed and the owners came back to pick up their sheep.’

And more people took to the comments to express their enthusiasm for the look – even if Sesame did look like a sheep.

One person said: ‘Omg this is the best. He looks so plump haha’ and another person wrote: ‘Look at this sheep dog.’ 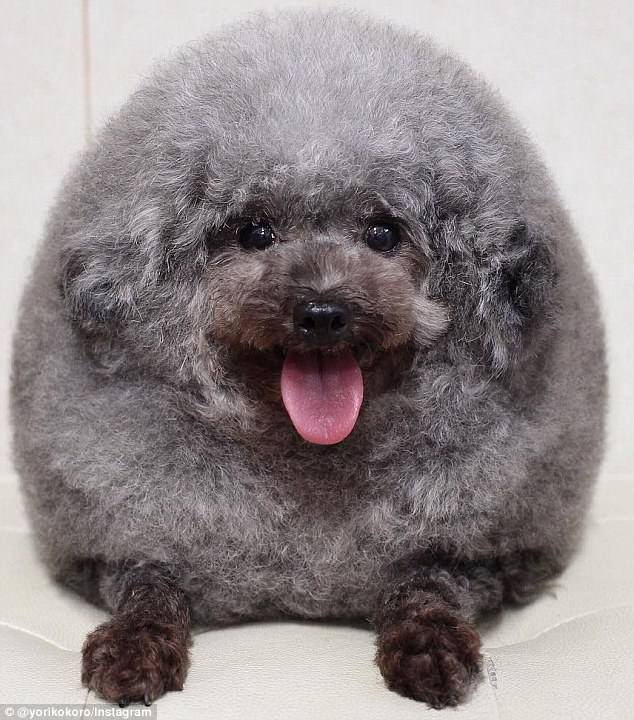 Fans: People have taken to the comments section on Instagram to express how much they love her look 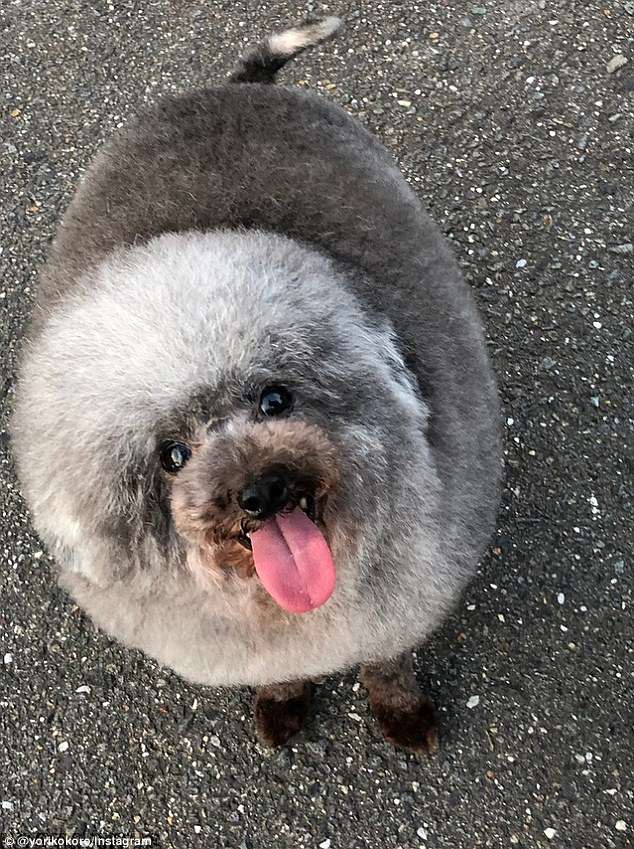 Flaunt it: A picture of Sesame taken outside the groomers as she shows off her fluffy style 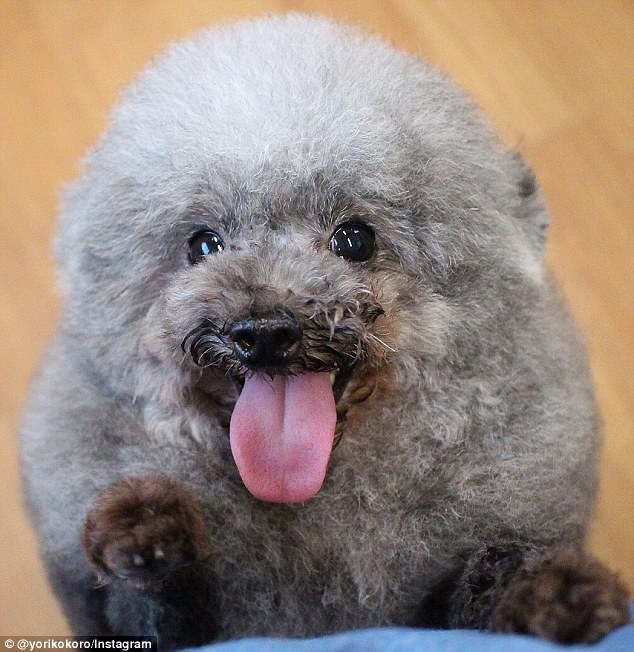 Professional: It’s not clear how the groomer was able to achieve this look but it’s clear she’s not a professional because she posts other dog photos to her Instagram

The comment said: ‘It’s so odd that it’s cute! He’s like a perfect sphere’ and another person shared the same sentiment and posted: ‘Kind of want to groom a dog into a foof like this.’

The image of Sesame has gotten more than 2,000 likes on Instagram, hundreds of comments and requests from dog-lovers to see a side angle of Sesame according to Simple Most.

Luckily, Yoriko obliged her fans or rather, Sesame’s fans and posted another picture of the pooch from a side angle that perfectly depicts how fluffy she truly is.

Unfortunately, it’s not clear how Yoriko was able to achieve this look but it’s definitely clear that Yoriko has had a lot of practice because she posts multiple pictures of other fluffy (and adorable) pooches she has groomed.

Of course, this wasn’t the first time (and it certainly won’t be the last) that a dog has gotten a rather unique grooming style but judging from all the love Sesame’s ‘sheep’ style has gotten, other groomers could start taking part in the trend any day now.