They have already won over beauty fans with copycat versions of high-end Jo Malone products.

And now Aldi has expanded its budget beauty offering with two new skincare products inspired by the British luxury brand – and they’re already proving a hit with shoppers.

They are modelled on Jo Malone’s ‘premium equivalent’ products, a £40 Pomegranate Noir Body & Hand Lotion and a £30 Body Wash – each costing more than ten times the price of Aldi’s copycats. 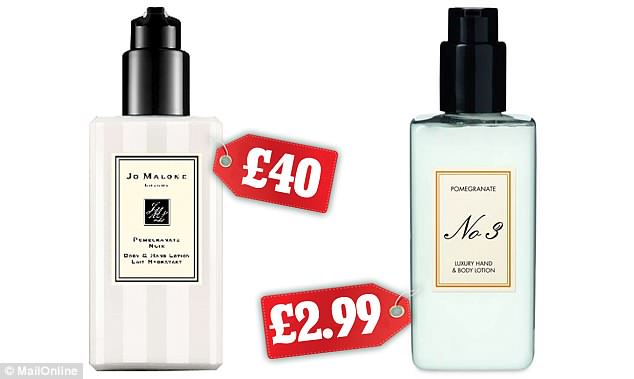 Now savvy customers are flogging them on eBay for a profit, with some listed at three times the price of Aldi’s RRP.

Some were being sold in sets of four priced at £15 to £20, equivalent to almost twice the price of the in-store offering.

While one eBay seller was flogging a single bottle of the body wash for £9.25 – more than three times the RRP.

The German chain has also won plaudits for its Lacura beauty range, including a Garnier-inspired sheet mask and a makeup sponge modelled on the cult favourite Beautyblender. 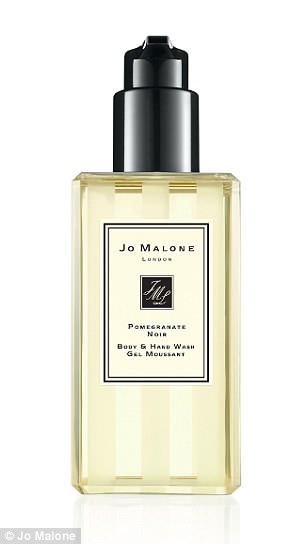 Due to the popularity of the range, products often crop up on eBay with sellers – dubbed ‘fashion flippers’ – flogging them at more than double the original price as shoppers scramble to get their hands on them.

But last year Jo Malone hit back at the ‘creative laziness’ of budget retailers who continue to launch copycat versions of her trademark products.

When asked how she felt about high street and supermarket brands copying her perfumes, candles and diffusers, Malone said: ‘You have to really protect yourself, that’s where the lawyers come in.

‘I think people that mimic, it’s laziness – laziness instead of creativity because they can’t come up with it themselves.’ 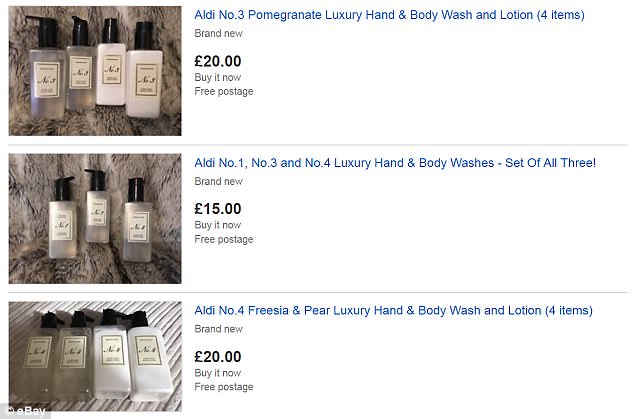 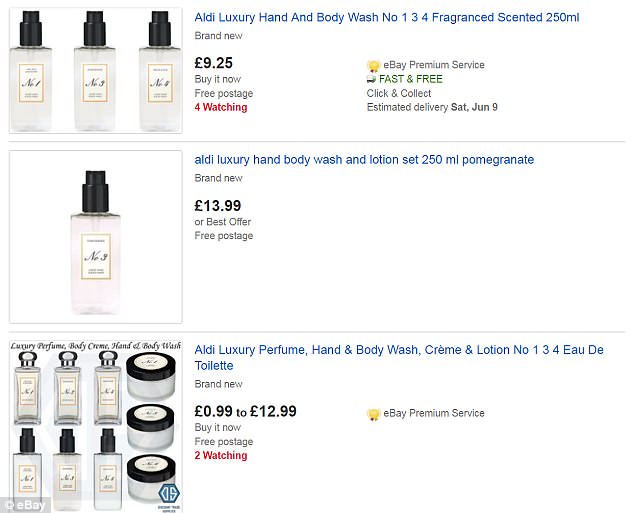 Flog it: Savvy customers are flogging them on eBay for a profit, with some listed at three times the price of Aldi’s RRP. One was flogging a single bottle of the body wash for £9.25

Asked if she thought imitation is the sincerest form of flattery, Miss Malone told Chiswick Book Festival: ‘No I think it’s creative laziness. They haven’t copied Jo Loves (her new company) yet.’

Aldi is not the first brand to try its hand at designer dupes; earlier this year, Lidl unveiled a £3.49 anti-ageing potion to rival La Prairie’s £494 cellular radiance cream.

From Primark’s much-hyped nude eye shadow palettes to Superdrug’s £3 body mists, many fans have been impressed by the calibre of some of these cut-price copycats, often taking to sites like Reddit to rave about the products on line.