‘Guess Eugenie doesn’t count’: Fans slam presenter Alex Jones for claiming there won’t be another royal wedding ‘for a long time’ – just MONTHS before the princess ties the knot

The One Show host, 41, made the blunder yesterday as she interviewed royal fans after the ceremony at Windsor, and said: ‘This might be the last royal wedding for a long time, but it was absolutely perfect.’

Royal watchers were quick to point out, however, that there’s another regal nuptials just a  few months away when Princess Eugenie marries long-term boyfriend Jack Brooksbank in October.

‘Guess Princess Eugenie doesn’t count,’ one observer commented, while another joked that the royal would be ‘screaming’ if she heard Alex’s statement.

Others felt sorry that the princess had seemingly been overlooked, saying: ‘Poor Princess Eugenie is getting married in about two months.’ 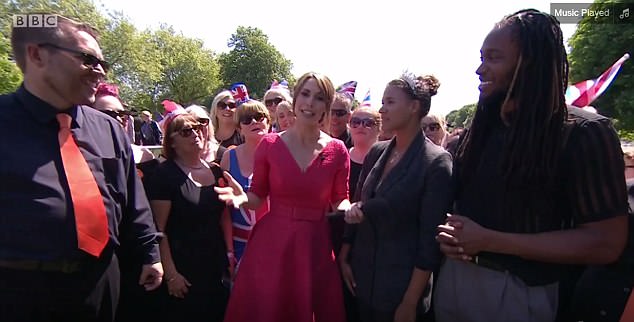 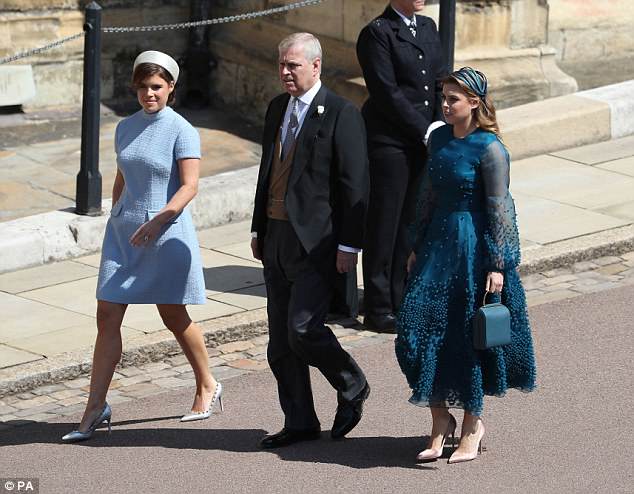 Eugenie and Jack will exchange vows at the same venue as Meghan and Harry, St George’s Chapel, on 12th October.

Both Eugenie and her sister Beatrice were in attendance at their cousin’s big day on Saturday, arriving with their father the Duke of York.

Beatrice, 29 and Eugenie, 28, opted for matching shades of blue as they arrived at St. George’s Chapel.

The eldest York sister went for Roksanda with a Stephen Jones hat, while Eugenie opted for a Jackie O-style bouclé number from Gainsbourg. 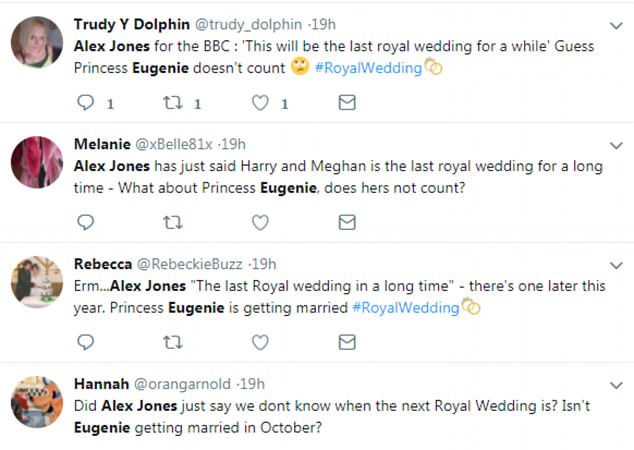 Eugenie, who will tie the knot with Jack Brooksbank at St. George’s Chapel in October, wore a hat designed by Fiona Graham and shoes by Valentino.

Both royals went for understated looks after the pair almost broke the internet with their elaborate creations at William and Kate’s wedding in 2011.

The towering pink headpiece that Beatrice wore to match her Valentino couture ensemble was a huge bow that sat on the top of her head and sparked countless memes, likening it to a pretzel, toilet seats and a Turkey Twizzler.

Meanwhile her younger sister’s blue hat added inches to her height with a huge purple flower adornment festooned with a dramatic spray of feathers.

However, fans of the York sisters were disappointed by their subtle headpieces yesterday, leading one disappointed Twitter user to protest: ‘Don’t they care about the memes?’ 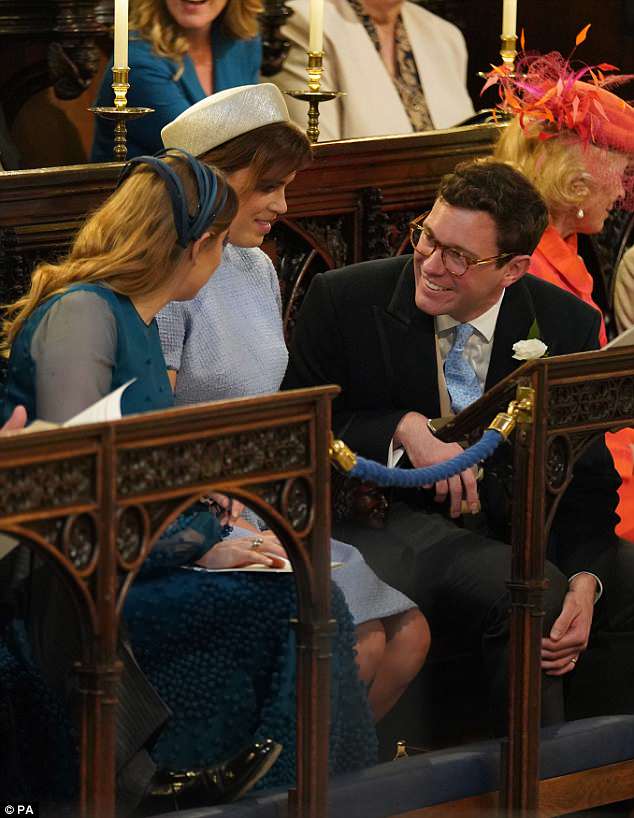 Princess Eugenie attended yesterday’s wedding with her fiance Jack Brooksbank, at the same chapel where they will exchange vows in October 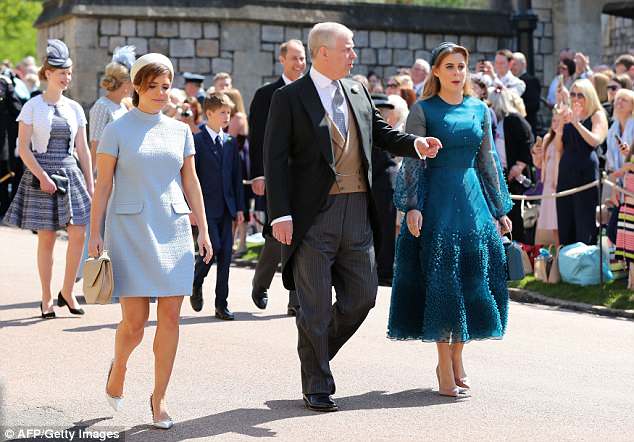