ALEXANDRA SHULMAN’S NOTEBOOK: The trouble with tears – and I speak as a veteran cry baby

The question of which Duchess made which other Duchess cry at the bridesmaids’ dress fitting is one of the most ludicrous issues to emerge from Meghan’s Oprah interview.

We will probably never know the truth, but the question is why do we care? The crying is spoken of as if it were a measure of the degree of hurt caused, which is daft. Some people cry easily. Some can’t cry no matter what they feel.

Now that it’s suddenly fashionable to have your emotions gushing out, geyser-style for all to examine, crying of any kind has become almost de rigueur.

Well, do you or don’t you? I’ve always been a bit of cry-baby and despise myself for not being in control of my tear ducts. 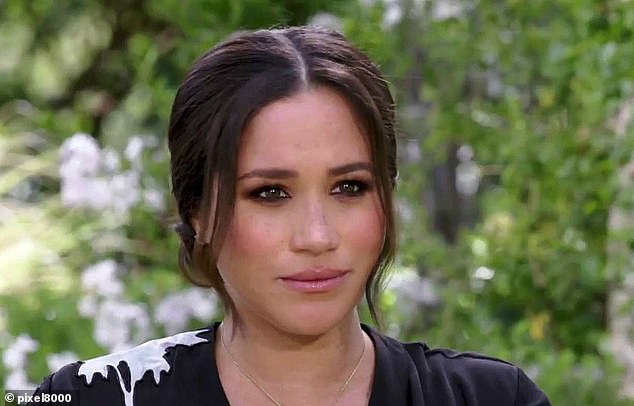 It’s rarely unhappiness that turns on the tap but usually frustration and anger. Confrontation with a person in authority is often the trigger and I frequently have to tell myself not to start weeping if I know I am about to have a difficult meeting.

When I worked in magazines, where my bosses were all men, the sight of tears streaming down my face would most likely weaken whatever cards I held – and definitely make them wish to scarper from me as quickly as they possibly could.

There have been so many moments when I would have loved to be a fiery proselytiser, magnificently arguing my case, rather than wasting energy trying to prevent myself sobbing.

As a negotiating tactic, tears have zero power.

Of course, it’s different when crying is prompted by sadness. My most recent tears were caused from real misery and fear and I have no regret about them.

But I could certainly have done without the litres shed over the years about my love life.

Moments such as the one I remember so clearly, standing on a street corner drenching the object of my affection’s shirt, only to receive a heartless, ‘Don’t worry. Tears don’t stain,’ as he headed blithely on his way.

I’m a splashy Toad and proud of it

When it comes to the end of lockdown, which Wind In The Willows character are you? A gung-ho Toad? A cautious Mole? Or a defiantly ungregarious Badger?

Splashy Toads (and I consider myself one) are longing to get out on the open road in their finery. 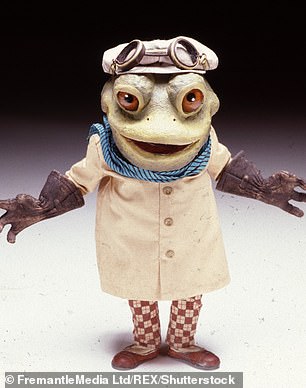 We are dreaming of a Golden Age, or at the very least a few months, filled with feasting and festivities let loose from lockdown.

But not everyone sees it the same way.

Moles are more cautious, emerging, winking and blinking into the light, a little nervous of what’s out there, and not quite sure about how much they want to return to their previous existence.

Do they really crave the social world of before? Haven’t they actually quite enjoyed having a shrunken lifestyle.

And Badgers? The restrictions of the past year have only confirmed their conviction that they were right all along.

Other people are hell and home is where you’re happiest.

I know my place – next to the wine!

One of the things I haven’t missed over the past year is discussions about who wants to sit where at the dinner table.

Since there has only been the three of us at home, and we seem to have fallen into non-transferable positions at mealtimes, that painful and often lengthy exchange that occurs when a group are about to be seated has been entirely absent.

For the record I absolutely don’t care. I’ll sit anywhere. End of table, back to the room, noisy corner – it’s all fine with me.

Just don’t ask me about it. Just sit down… and pour the wine.

Tiny risks that are well worth it

The vaccine supply is going to slow down by the end of the month, but I know for a fact that this week there are people considerably younger than 50 being vaccinated, even fit and healthy twentysomethings.

The precise hows and whys of who is getting the vaccine are impenetrable, but one thing is clear – the danger of blood clots from the Oxford-AstraZeneca vaccine is far, far lower than that from the contraceptive pill.

The Pill has transformed the lives of millions of women across the world.

Its risk of causing blood clots is between 300 and 600 per million users – compared with the 40-odd people who have experienced clots among the more than 20 million Oxford-AstraZeneca vaccinations across the EU and UK.

Despite that very, very much higher figure, how many of us have thought the Pill is a risk very much worth taking. 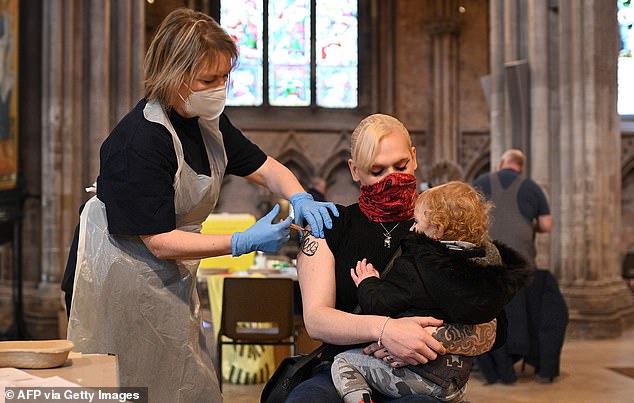 The vaccine supply is going to slow down by the end of the month, but I know for a fact that this week there are people considerably younger than 50 being vaccinated, even fit and healthy twentysomethings

And this year’s Oscar goes to… a dress

It’s impossible to back anyone in this year’s Oscar nominations as the films have had such limited release.

Usually I have strong opinions on who wins but I’ve seen hardly any of the contenders.

It’s not just that cinemas are closed but for reasons best known to streaming services, many of the most-nominated movies aren’t yet available in the UK.

I love an Oscar gown – especially one I love to hate – but it’s depressing that since most of us have been unable to judge the movies and performances for ourselves, the whole shebang will now, more than ever, be reduced to a debate on who wore what.

The end of the tax year has made me think about savings – or lack of them. So I’ve devised a new strategy, which I share here.

Whenever you don’t buy something you are considering, log the sum of money saved by avoiding that purchase.

But hopefully in a few months I will be able to see a huge pot of savings and then feel absolutely fine about spending it.