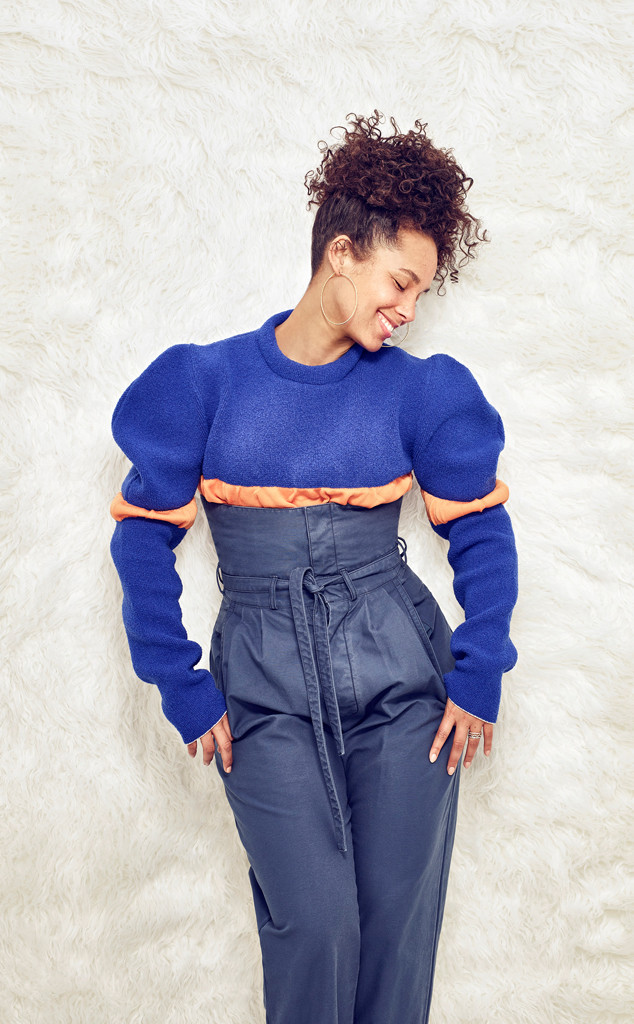 The 2019 Grammys has just announced its host for the evening: Alicia Keys!

The multitalented star will preside over the 61st annual ceremony, CBS revealed moments ago.

“I know what it feels like to be on that stage, and I’m going to bring that vibe and energy,” Keys told E! News in a statement. “I’m so excited to be the master of ceremonies on the biggest night in music and celebrate the creativity, power and magic. I’m especially excited for all the incredible women nominated this year! It’s going UP on Feb. 10!”

Neil Portnow, President/CEO of the Recording Academy, aded, “A dynamic artist with the rare combination of groundbreaking talent and passion for her craft, Alicia Keys is the perfect choice as host for our show. Throughout her exciting career, I have watched her become a powerful force within the music industry and beyond. As an artist who speaks to the power of music for good, a role model, and a spokesperson for change, we are thrilled to have her on board for what’s sure to be an unforgettable Grammy Awards.”

“Alicia is one of those rare artists who melds true musical genius with heartfelt emotional lyrics to create a unique approach to everything she does,” executive producer Ken Ehrlich said. “We have no doubt that she’ll bring all of that as she guides millions of Grammy viewers through what we believe will be a very special show in February.”

For the past two years, James Corden has been given the task at hosting music’s biggest night. In fact, the Late Late Show host delighted audience members and viewers at home with his jokes, stunts and chemistry with fellow musicians.

While details about this year’s ceremony remain secret for now, E! News can confirm the live telecast will return to the Staples Center in Los Angeles on Feb. 10, 2019.

Many artists from a variety of genres are expected to perform. And in true Grammys fashion, there are bound to be surprises that will have everyone guessing until the first award is handed out.