Welcome to Wokeville: Right-on A-list neighbours, top notch vegan restaurants, and yoga classes in a pink salt cave. Harry and Meghan have bought new home in exclusive California enclave round the corner from Oprah…  and Windsor it ain’t!

A slice of paradise for the wealthy and woke; where you can ‘absorb micro minerals’ by doing yoga in a pink salt cave, buy a silk kaftan from Gwynnie then pop out for a camomile brûlée.

Surely we should have suspected this might be the ultimate destination for our disgruntled prince and his ‘California girl’ bride.

Known as the ‘America Riviera’, Santa Barbara has its own airport, a Polo club where Prince William has played and hums with deep pocketed humanitarians, right-on and rich. So what lies in store for Harry and Meghan? Alison Boshoff reports… 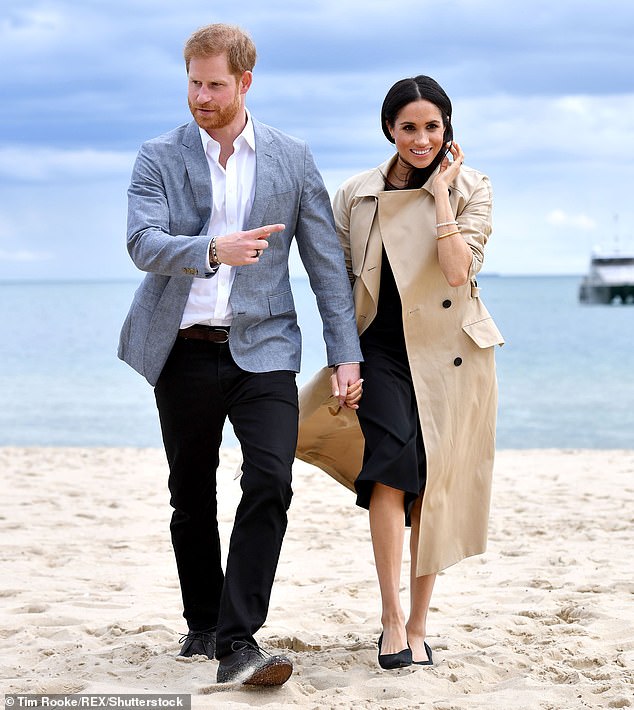 Harry and Meghan have moved to Santa Barbara, 95 miles away outside of Los Angeles, for six weeks since early July following a stay at Tyler Perry’s 12-bedroom Beverly Hills mansion

A source says of the royal move to Montecito, Santa Barbara: ‘They intend to put down roots in this house and the quiet community, which has considerable privacy.’

They will be among friends who share those priorities. The sense of privacy was also a massive draw for Meghan’s friend and confidante Oprah Winfrey, who until yesterday was its most famous resident.

She has expanded her ocean-side Promised Land estate in Montecito from 42 acres to 70 and recently bought a house from actor Jeff Bridges because it neighboured hers. 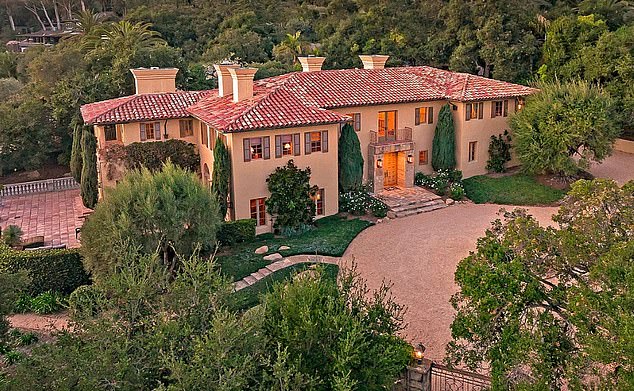 Known as the ‘America Riviera’, Santa Barbara has its own airport, a Polo club where Prince William has played and hums with deep pocketed humanitarians, right-on and rich. Pictured: A $4.7million home in Santa Barbara

Her 23,000-square-foot mansion has a library, 14 bathrooms, rose gardens and fountains in her landscaped grounds. There is also an outdoor theatre and man-made fishing lake.

Her dad worked on a show called… Santa Barbara

To millions, Santa Barbara will forever be associated with the daytime soap of the same name which ran from 1983 to 1993.

By a quirk of fate, Meghan’s estranged father Thomas Markle worked on Santa Barbara. He was the lighting director for just one episode in 1988, filmed in Burbank, Los Angeles.

Who knows, perhaps a seven-year-old Meghan watched her Daddy’s show – the Dallas of its day – and dreamed of owning one of Santa Barbara’s breath-taking houses when she grew up.

After all, when you’ve bagged a prince the only thing you really need is a beachfront property.

Another local friend is Ellen DeGeneres, the chat show host who is going through a scandal over her alleged ‘mean’ behaviour on her daytime chat show.

She revealed recently that she had visited the Sussexes soon after Archie’s birth, had fed him and described Harry and Meghan as the ‘cutest couple.’ She and Meghan text each other.

Her main home with actress Portia de Rossi is in Beverly Hills, but she has four houses in Santa Barbara. The most intriguing, bought in January for £2.7million, are a pair of 18th-century half-timbered houses which used to sit in Surrey.

They were dismantled and shipped at huge expense by a previous owner and are now in a wooded 1.3 acre plot in Montecito, connected by a glass orangerie.

There will be plenty of little friends for baby Archie, now 15 months.

An hour down the coast in Malibu is Leo Hess. He is the son of Meghan’s best pal, the designer Misha Nonoo, and was born in March, so is less than a year younger than Archie.

HOBBIES FOR HIM AND HER

What could be more indicative of the solid silver character of the area than the fact it has a polo club?

Harry will be able to take part in the sport, which he has long loved, at the Santa Barbara Polo & Racquet Club. Prince William played at a charity event here in 2011 while on a tour of California.

Yoga and wellness are huge in the area. Meghan and Harry may enjoy the gong baths at Salt, a spa situated in a man-made underground salt-lined cave, with crystals flown in from the Himalayas. 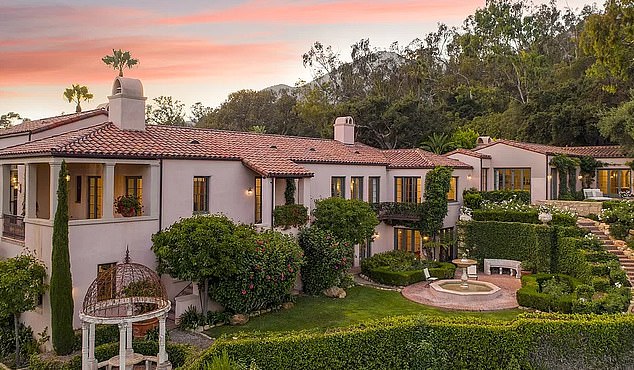 Several palatial properties, such as this $8.8million hillside home, have been on the market over the past weeks and may have been on Harry and Meghan’s long list

Santa Barbara has a reputation as a food lover’s paradise. Celebs flock to Lucky’s Steakhouse. More modish food is offered at the vegan Mesa Verde, where a Wheatberry brunch bowl, of black lentils, harisa, radishes and za’atar, will cost you $15 (£11).

Actor Sir Patrick Stewart is a fan of La Super Rica Taqueria – a Mexican restaurant – saying: ‘I will not queue – ever. Except here.’ The area is very popular for wine touring and Meghan, who named her blog the Tig after an Italian wine Tignanello, is sure to be in heaven.

Top schools in Montecito include Laguna Blanca, a private co-ed day school that says it ‘celebrates the worth of the individual’. The pupil teacher ratio is 6:1. Another option for Archie would be the exclusive Crane County School which was founded in 1928. Both cost about £20,000 a year.

The starry pals living just around the corner

This part of the world is sometimes called ‘North Hollywood’ because so many showbiz types love it.

Gwyneth Paltrow calls it a ‘jewel’ and spent £3.5million on two plots of land in 2016. She is building a massive holiday home for her and children Apple, 16, and Moses, 14.

Actress Natalie Portman, 39, paid £4.9million for a ten-acre modern retreat made of steel, glass and concrete on a cliff top with amazing ocean views.

Kevin Costner has been a Santa Barbara resident for 20 years although he and wife Christine Baumgartner have been trying to sell their house, which was on the market for £37.5 million, since 2017.

Star Wars creator George Lucas had a beachfront house then snapped up its neighbour as well. 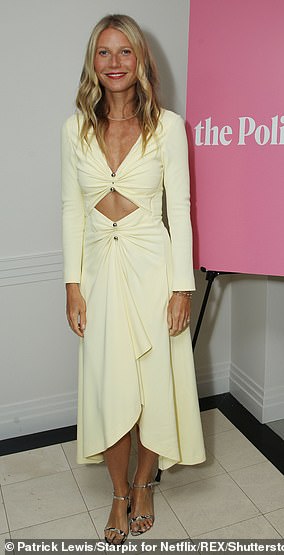 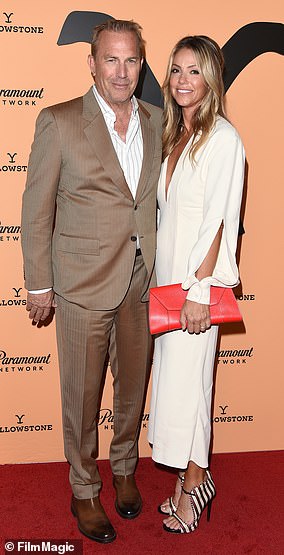 This part of the world is sometimes called ‘North Hollywood’ because so many showbiz types love it. Left: Gwyneth Paltrow, right: Kevin Costner and Christine Baumgartner