How many have YOU seen? Amazon’s celebrity-packed Alexa commercial is named as the year’s most-viewed ad on YouTube with 50M views – almost DOUBLE the hits earned by Nike and Colin Kaepernick

Amazon’s Superbowl advertisement for Alexa been revealed as YouTube’s top most viewed advertisement of the year – beating out NFL star Colin Kaepernick’s controversial Nike campaign by nearly double the views.

The Amazon ad, which was used to promote the virtual assistant otherwise known as Alexa, featured a handful of celebrities and was aired ahead of the Superbowl earlier this year.

But it is online where the video appears to have gained the most traction, racking up a whopping 50.1 million views on YouTube, and beating all other advertisements to the top spot this year. 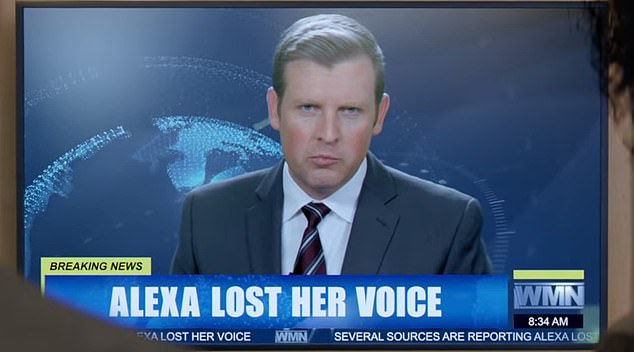 First place! Amazon’s ‘Alexa loses her voice’ commercial is YouTube’s most viewed advertisement of the year after receiving a whopping 50.1 million views since it aired 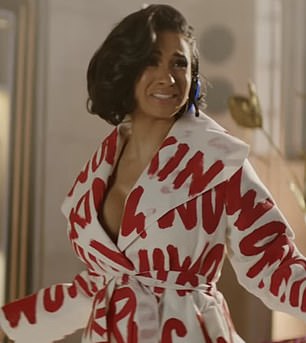 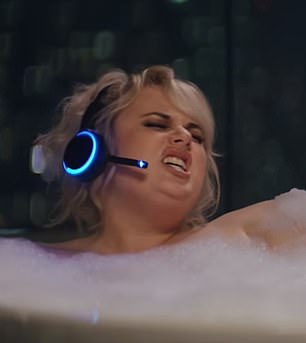 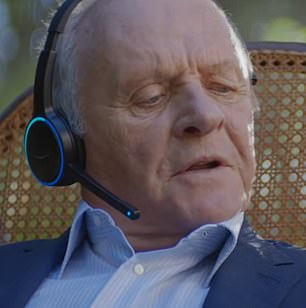 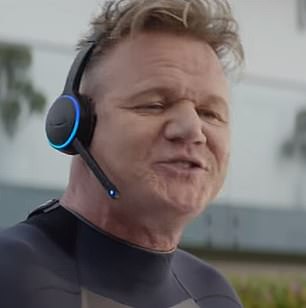 The one minute and 30 second video sees Alexa lose her voice, and Amazon workers have no other choice but to replace her with the voices of a handful of random celebrities.

First up to replace Alexa is British chef Gordon Ramsay, who yells at a man who asked Alexa for help making a grilled cheese sandwich.

‘You’re 32 years of age, and you don’t know how to make a grilled cheese sandwich. Its name is the recipe,’ he shouted.

80-year-old Anthony Hopkins also made an appearance in the ad, as he did his best Hannibal Lecter impression while talking to an Alexa-owner.

Second place in the top 10 most viewed advertisements of the year went to YouTube’s own ad that promoted the website’s latest app.

The video shows the different features of YouTube’s app which include video streaming, radio, playlists and artist’s stations.

In third place was the Oppo F7 Real Support Makes Real Heroes advertisement, which promoted the Oppo F7 smart phone that launched back in March.

The two minute video features the stars of India’s cricket team as they imagine themselves as mischievous children.

The video gathered 31.7 million views since it was aired eight months ago.

The advertisement featured a tagline that read: ‘Don’t ask if your dreams are crazy. Ask if they’re crazy enough #justdoit.’

The video is narrated by NFL star Kaepernick, who turned heads towards the end of the 2016 season when he knelt down during the singing of the national anthem in protest of police brutality and racial inequality.

The quarterback stirred national debate at the time, and received major backlash from President Donald Trump and pro-Trump supporters.

After seeing the protest, Trump said that Colin and the other players who began protesting disrespected the American flag.

Since his protest, Colin has not been signed by any of the NFL’s 32 teams.

The campaign also came under fire from Trump himself, who lashed out at Nike over the decision to cast Kaepernick in such a major ad.

‘I think it’s a terrible message and a message that shouldn’t be sent,’ he said at the time. ‘There’s no reason for it.’

The video also features a number of different athletes, including a 10-year-old wrestler born with no legs, who overcame obstacles to reach their current goals.

Since it was posted, the video has been viewed a total of 27.3 million times.

The three minute clip sees characters from the Lego movie acting out the pre-flight safety instructions.

The video aired at the beginning of August, and was a major hit among children and adults as the video has already been viewed 25.2 million times.

In sixth place in this year’s most viewed advertisements is Groupon’s Who Wouldn’t commercial.

Groupon recruited actor and comedian Tiffany Haddish for its Super Bowl advert this year, and since the advertisement aired in late January, it has been viewed 25.5 million times.

In the video, Tiffany walks through her neighborhood as she asks the question ‘what kind of person wouldn’t want to support local businesses?’

She landed the gig after she was spotted talking about Groupon on Jimmy Kimmel Live.

The 39-year-old told Jimmy story about when she went on a swamp tour in Louisiana using a Groupon, and the video went viral, catching the attention of the company.

The advertisement saw Samsung upping the stake in its long-running smartphone war with Apple.

The lighthearted ad urged people to ‘upgrade’ from the iPhone to the Samsung Galaxy.

It was posted back in May, and has received 17.5 million views.

The eighth most viewed advertisement of the year was Apple’s ad for the HomePod.

The advertisement circulated in early March, and has gathered 16.3 million views.

Gatorade’s Heart of a Lio ad was part of a campaign ahead of the World Cup, and was based on the back story of soccer player Lionel Messi.

Although the tournament didn’t go in Messi’s favor, the video still managed to secure a massive online audience, as it gathered 12.7 million views.

Making an appearance on the list once again is Lego.

Lego Jurassic World Rescue Blue the Dinosaur garnered 10.8 million views this year since it was aired in May.

The commercial promotes the company’s own interactive adventure, which allows viewers to pick the escape route for fictional character Owen as he is chased by dinosaurs.