Carol Vorderman, 58, has never been one to shy away from a challenge. She laughs: “I’ve always been that awkward person who says, ‘Just because no-one else has done it, why can’t I?’. Take as a teenager, when Carol was told she’d never get into Cambridge University “because no-one from the town ever has”. “Well, someone’s got to do it first,” she says, as she recalls the time.

If you don’t like somebody or something, it should have nothing to do with their age

Carol went on to study Engineering there, before going on to forge her successful career, which, of course, includes her co-host role on Countdown.

In addition to her TV work, she’s set up an online maths coaching system, which has now taught nearly 100,000 children at primary age, and has qualified for a private pilot’s license.

As well as her regular presenting roles, she’s now preparing to fly around the world solo, to become the 11th woman in history ever in history to do so.

But today, the topic of conversation is centred on retiring ageism.

Carol takes ageist behaviour “on the chin”, she says: “It doesn’t bother me at all”. But she understands the impact it can have on others who are subjected to cruel remarks about age.

It comes as more than a two thirds of 68 per cent of over 50s say that ageism apparent in everyday life makes them feel less valued, according to a survey by Sunlife.

The Ageist Britain report, asked 4,000 UK adults, and analysed thousands of Twitter and blog posts in the UK, and was commissioned to shine a light on the issue of causal ageism in Britain. 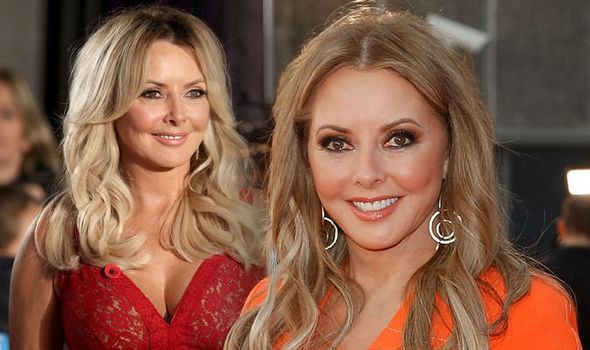 “For more than two thirds of those who are over 50 to feel badly affected by it is unacceptable,” Carol says of the findings. “This is one of the final taboos to smash through.”

“It’s sad that so many have said that, but I do think it’s improving,” Carol says. “If you’d asked the same question 20 years ago, the results would be far worse.”

She adds: “It’s an attitude that belongs to the last century – not this one. It’s ridiculous and it’s damaging to a lot of those who are on the receiving end of it.

“If you don’t like somebody or something, it should have nothing to do with their age.”

She considers ageism which other age groups may face. “It’s just ridiculous saying every 17 year old is bad, it’s just not true. Ageism in any direction is bad.”

For Carol, being on the receiving end of ageism is something she’s been familiar with for decades.

Flashback 20 years, and Carol found herself – and more specifically a blue dress she wore to the BAFTA Awards – at the centre of a national debate.

“I can’t even begin to explain how it went mental,” she says, during an exclusive interview with Express.co.uk.

“I was called, at the age of 39, ‘Mutton dressed as lamb’. That’s how things have changed.”

The conversation turns to her upcoming ventures, such as her impending flight around the globe, and then the topic of STEM subjects in schools. 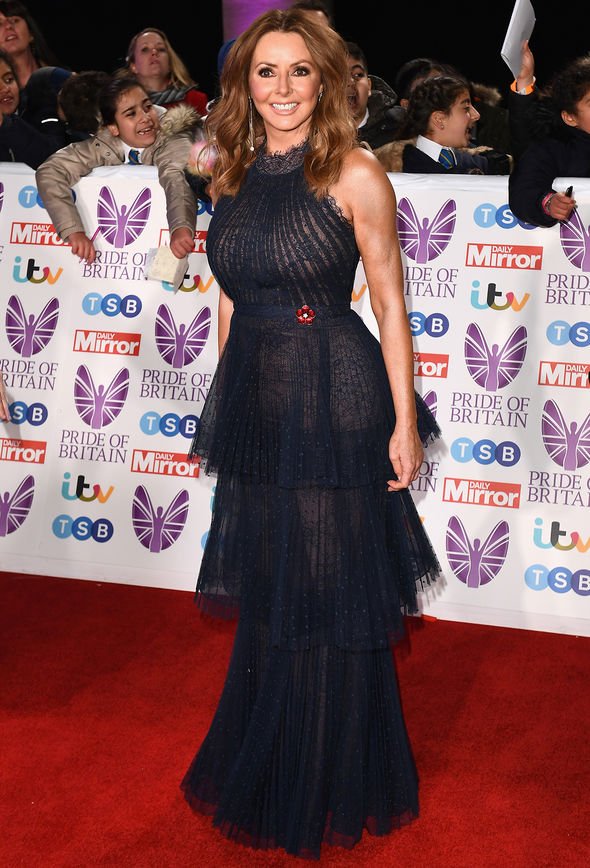 Is enough being done to encourage girls to pursue the subjects?

“No. It’s getting better – it’s like with everything, everything’s improving, but a lot more could still be done.”

According to WISE, this year, for the first time, more science A levels were awarded to girls than to boys, with girls accounting for 50.3 per cent of the combined total of biology, chemistry and physics A levels awarded.

“That was absolutely a very good sign,” she comments.

“But those things are generational. When it’s about education, you have to have a whole generation that comes through that thinks that that’s acceptable.”

She considers how societal attitudes have changed.

“It is improving, and also younger parents with young kids, they want their daughters to be open to this.”

Looking back at attitudes during her own childhood, she says: “They said, ‘Oh you’re a girl, you’ll just get married’ which is what I was told when I was young.

“So it’s better because the generations change it.”