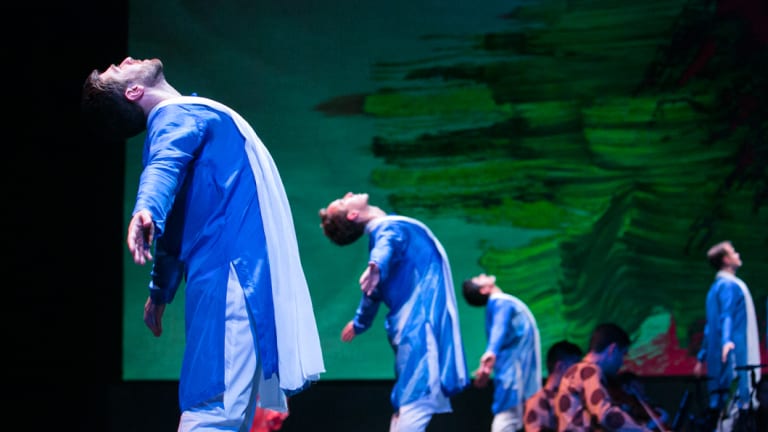 There are many ways to tell a story. This version of Layla and Majnun, an ancient tale of two star-crossed lovers, is told here through multiple layers of sound, text and movement.

Perhaps in the hands of artists other than these, the emphasis would be on developing a coherent narrative. But what is so transfixing about this production is that choreographer and director Mark Morris has instead focused on emotion, on the relationship between Layla and Majnun.

The result is a rich and deeply considered artistic experience that transforms the 12th century Persian romance by poet Nizami Ganjavi into something contemporary and universal. 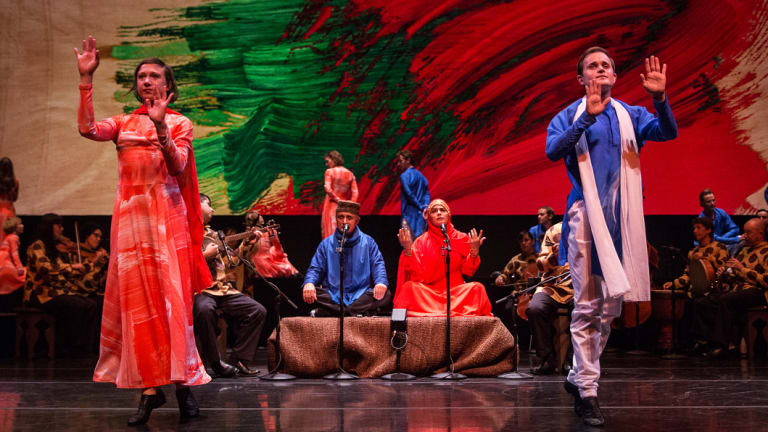 The musical version of Layla and Majnun on which this production is based was created in 1908 by Azerbaijani composer Uzeyir Hajibeyli, which was in turn based on a 16th century version of the traditional story.

Majnun’s love for Layla, and his desire for that love to take the purest form, drives him to madness; the pair only find peace, and one another, through death. 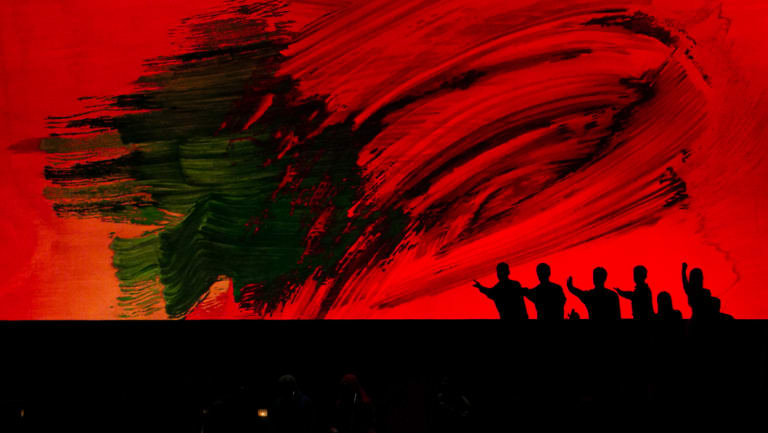 The Silkroad Ensemble performs the music in this adaptation, which features a medley of traditional Azerbaijani vocal genres. The musicians take centre stage, while the dancers perform in the spaces alongside and between them.

The lead dance roles are shared. Layla and Majnun are portrayed by two sets of singers as well as four pairs of dancers, who take turns embodying different phases of the story. 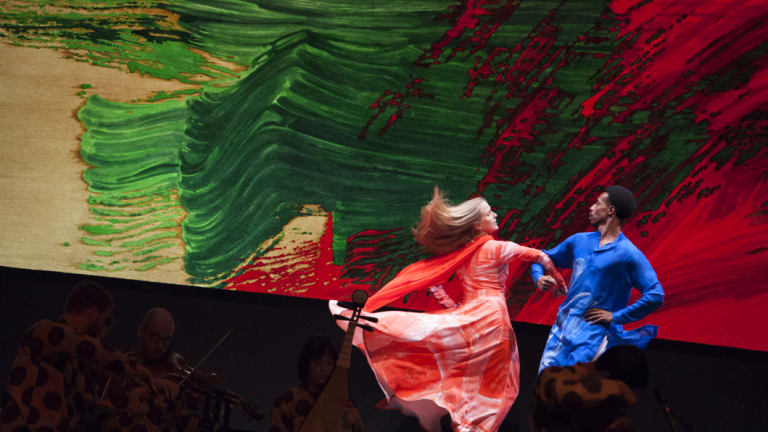 A love story with a tragic ending.

Morris’ choreography draws on often unexpected gestures. However, the gestures are not merely about shape but about expressing meaning in the music and the narrative. The dancers’ absolute commitment to this vocabulary — even at its most quirky — gives the sense that the story is alive in their bodies.

The movement references slide by almost too quickly to take them in, but throughout the work Morris emphasises formality and ritual, along with movements that beautifully capture the longing and loss of the love between Layla and Majnun.