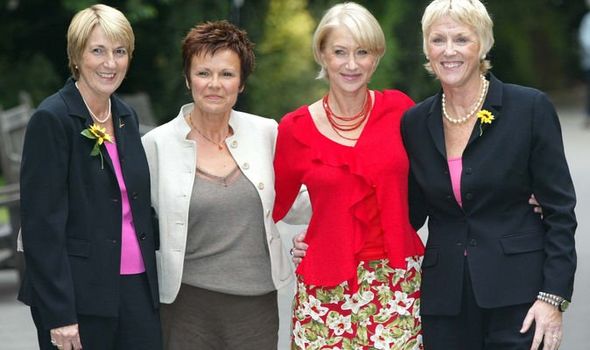 With teapots and watering cans to spare their blushes, the middle-aged ladies intended to raise a few thousand pounds and some smiles by selling 1,000 calendars after the death of Angela’s husband, John Baker, from non-Hodgkin lymphoma. They sold far more than that – 88,000 in the first year – and in the 20 years since have raised £6million for Blood Cancer UK.

The impact of Covid-19 has cost the ­charity the same amount in lost income in a matter of months so that now, sadly, Angela is speaking to the Daily Express about the bleak future facing the cause she has ­supported so passionately.

The consequences could not be more ­serious. In addition to losing 30 staff, Blood Cancer UK has had to cut its research s­pending by £1.8million, despite cutting its operational costs by £2million. Put bluntly, this means fewer lives will be saved.

“It is devastating,” says Angela, quietly. “It’s awful news if you’ve got cancer and ­horrible for the researchers who cannot progress their work because they haven’t got any money.”

It is a sad new chapter in an otherwise incredible tale of altruism that has reverberated around the world. The risqué fundraiser proved so entertaining it resulted in a 2003 blockbuster film Calendar Girls starring Julie Walters as Annie (inspired by Angela) and Helen Mirren as her friend Chris (Tricia Stewart in real life), a West End musical by Take That’s Gary Barlow and five more calendars. It also spawned legions of imitations.

But, most importantly, in Angela’s mind, it led to lasting changes in medical care. When her husband tragically lost his life at 54 just five months after his diagnosis in February 1998, the odds on surviving such blood cancers were dire, not least for young people. 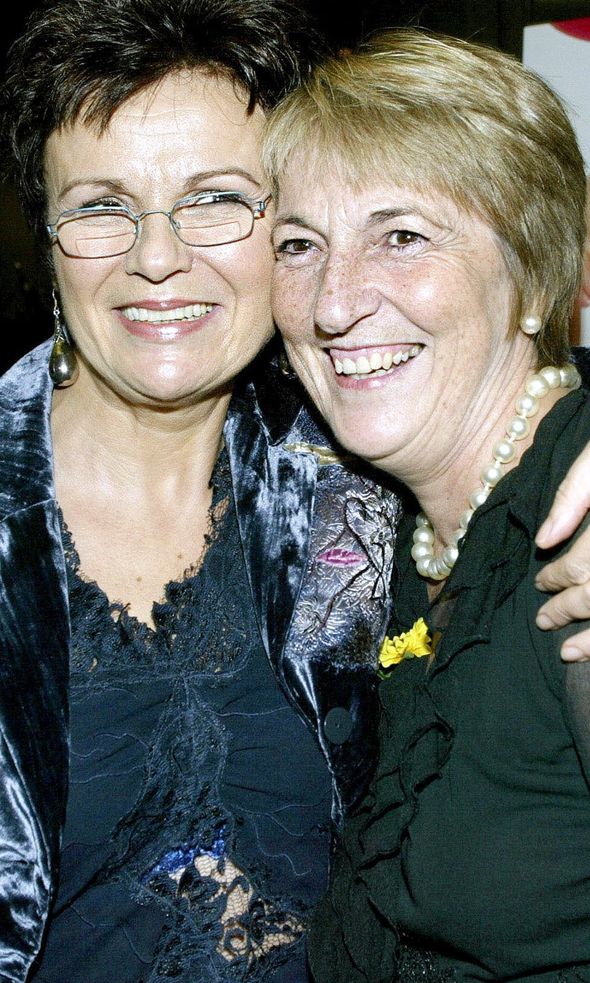 “In 1960, nine out of 10 children with ­leukaemia died, it was like a death sentence,” says Angela, 74. “Through research, our money and other people’s fundraising, that figure has turned around so eight get better and two do not.”

She says the legacy is a tremendous feeling. “I didn’t want John to die,” she adds. “But what we have done and what the research has achieved – it is kind of as though he didn’t just die in vain.”

Now Angela is considering releasing a new calendar if there is demand.

“If it would make money for Blood Cancer UK, we’d seriously sit around the table and think about it,” she says. But she does draw a line about getting nude again.

“I think it is too late for that,” she says with a laugh. Blood cancers are the third ­biggest cancer killer in the UK and the most prevalent form of cancer among children, teenagers and young people. There are more than 100 types in total – the most commonly known kinds are leukaemia, lymphoma and myeloma – with some advancing rapidly and others presenting as a chronic illness.“We need to keep the research going and of course, like everything, it takes money,” says Angela, who is appealing for help in the charity’s desperate hour of need.

“We want people who are reading this to do whatever they can to support us through this terrible time. We were just ordinary people who did an extraordinary thing. We can all make a ­difference. It’s about giving what you can.”

Coronavirus has devastated charities in recent months, creating a perfect storm of increased demand from less income. Lockdown prevented fundraising activities such as marathons and cake sales, while donations stalled as many people feared for their jobs.

The Government announced a ­£750million support package in April after a public outcry but recent data shows it will not be enough to prevent an estimated 60,000 job losses in the sector.

The Institute of Fundraising says 84 percent of charities reported a “decrease or ­significant decrease” in income and many are struggling to survive.

Gemma Peters, chief executive of Blood Cancer UK, told the Daily Express: “The coronavirus has put our dream of beating blood cancer within a generation into doubt.

“The fundraising events we rely on have been cancelled, and if we have less money to spend on research, then the stark fact is that we will make fewer breakthroughs and save fewer lives.”

After her initial fundraising, Angela became a trustee of the charity for seven years before becoming its honorary vice-president. She has developed friendships with staff and says her ­admiration for the cause has grown. “Being a calendar girl was great and you would go around making your money and sending it in but it was actually good to see where it was going,” she says. 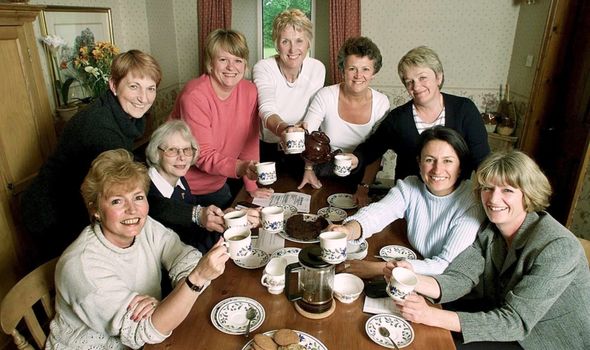 It has helped her to understand exactly how significant the charity’s research has been in progressing diagnostic tests and treatments.

“I’m sure John would have had a better chance of living now than he did back then,” she says. “It’s 22 years ago. That’s a long time, isn’t it? Things have advanced so much.”

His diagnosis in February 1998 was a total shock. “He was as fit as a fiddle and never had a day off work,” she recalls. “Then one evening, we had been out and during the night he had what he thought was a bit of indigestion.

“The next morning passed and he thought he was fine until he began having night sweats.” Their GP sent John for blood tests, resulting in a huge operation to remove a tumour. “By the time he had any real symptoms, it was too advanced,” she says. “These things creep up on you before you know it.”

She was grief-stricken, a widow with two grown children who had no idea what to do next. Her friends rallied round and one night soon after John’s passing, her close pal Tricia Stewart – played by Helen Mirren as Chris in the film – popped by with a request to do a charity calendar.

It was an idea the women had pondered before John got ill. When he did, the couple’s friends proposed raising £5,000 for a new sofa for the family room at Airedale General Hospital, West Yorkshire, where he was being treated.

A consultant later suggested the funds go to Leukaemia Research Fund, as Blood Cancer UK was then known.

John had known of the idea, joking to his wife, “You’ll never do it, you’ll just all talk.” She laughs heartily recalling that moment. “You don’t say that to a group of feisty Yorkshire ladies.”

The early days of grief were tough. “I was in a fog,” she recalls. “I can’t remember a lot of the things at the beginning because I was merely existing.

“But I did think, ‘Let’s do it, let’s sell some and help other people.’ All the money that we’ve made has helped other people and that’s what kept me going.”

Her Herculean efforts saw her appointed an MBE in the most recent New Year’s Honours.

She remarried in 2005 to retired Church of England vicar Charles Knowles, 77, and the pair happily reside in the village of Linton, near Skipton.

She has four grandchildren by her children Matthew and Rachel.

Matthew married Georgina, the daughter of photographer Terry Logan who took the photos for the original calendar.

“That’s a legacy isn’t it for his grandchildren,” Angela says with a smile. “Two grandmothers as ­calendar girls and a grandfather who was the photographer.”

Her hope is one day researchers will ­succeed in their ultimate goal to eradicate all blood cancers.

“I believe they will get there,” she says. “But it’s important that we help to enable them to achieve it.”