An anorexic model whose weight plummeted to six stone has revealed how she quit the catwalk to become a personal trainer – after being told to lose weight.

Chloe Thomas, 26, from Tunbridge Wells, Kent, was first diagnosed with anorexia at the age of 16, when she began skipping meals at boarding school.

She attempted to make a fast recovery by gorging on junk food to gain weight – but continued to struggle with her eating disorder, seeing her weight plummet again during her gap year.

Chloe began to work full-time as a model, walking the catwalk at New York Fashion Week – but decided to quit modelling after being told she needed to lose weight as she began eating more healthily.

At this point, she decided to become a personal trainer so that she can help others suffering with eating disorders, and now weighs 11st 3lbs. 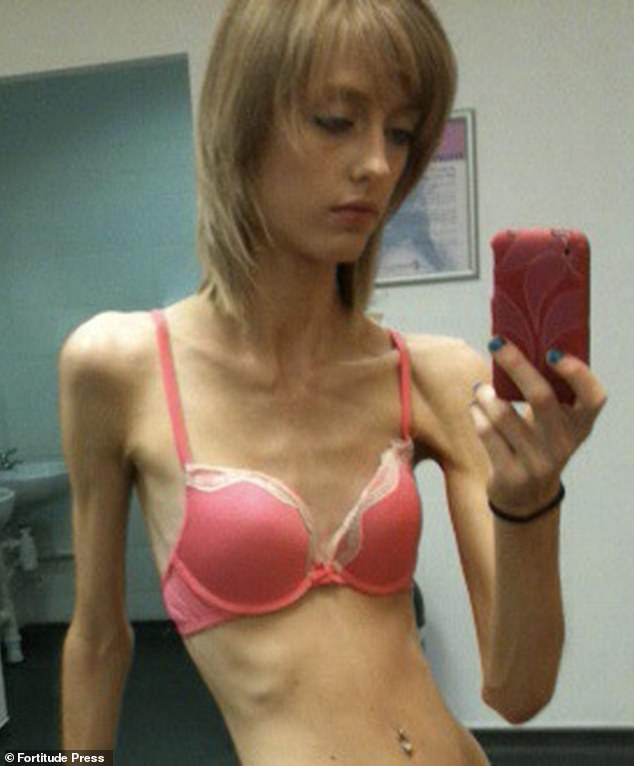 Chloe Thomas, 26, (pictured during the grips of her anorexia) from Tunbridge Wells, Kent, was first diagnosed with anorexia at the age of 16

Chloe (pictured in a photoshoot while working as a model) went on the become a model for six years, but continued to struggle with her eating disorder

Chloe – who weighed six and a half stone at her lowest – explained how her anxiety around food first began aged 16, when she began dieting to lose weight for an upcoming beach holiday to Barbados.

Her struggles with food continued while she was at boarding school, leading to her eventually being diagnosed with anorexia.

Speaking about her struggles with anorexia, Chloe said: ‘Looking back it feels like a different person.

‘It wasn’t until I came out the other side that I thought, “Wow that was my life”. It was so stressful.’ 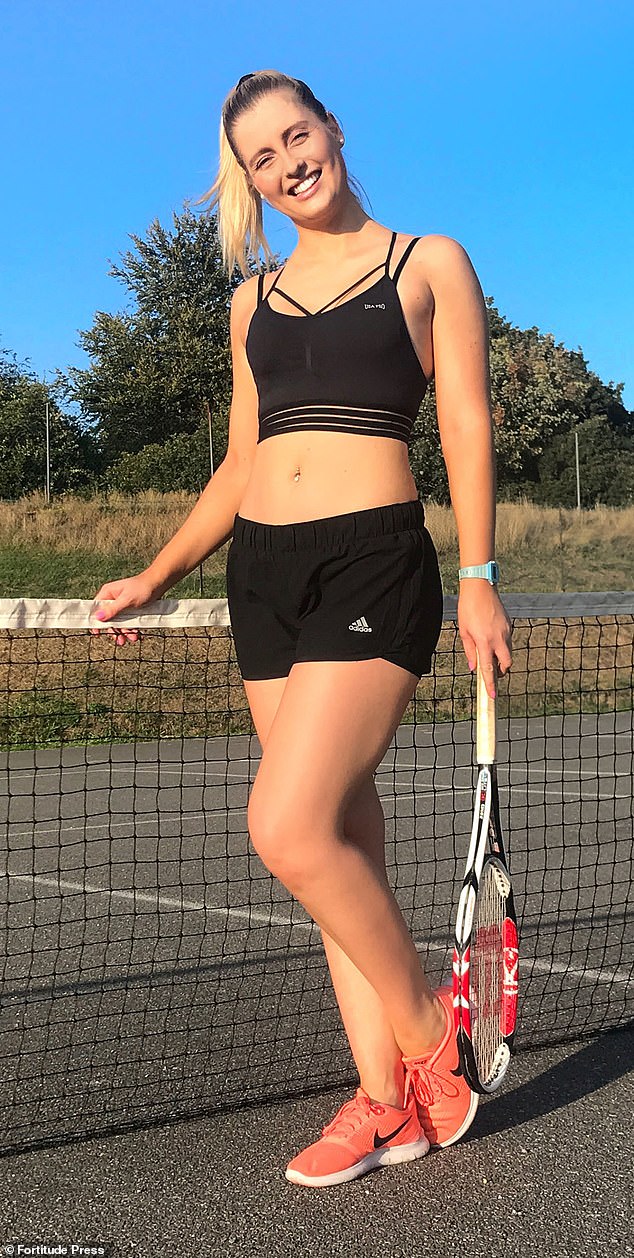 Chloe (pictured after her recovery) decided to become a personal trainer so that she can help others suffering with eating disorders, and now weighs 11st 3lbs.

After being diagnosed with anorexia a teenager, she began seeing a therapist, dietitian and started cognitive behavioural therapy [CBT].

Chloe explained how she began gorging on junk food in order to put on weight, but struggled mentally with food.

‘I really wanted to go to university and I didn’t want to be in-patient,’ she explained. I ate so much rubbish and it all went on as fat. I didn’t look athletic like I did before.

‘Everyone said that I was healthy again and I was released from everything. Everyone around me was saying, “well done” and I went back to boarding school.

Chloe (left, while battling her eating disorder, and right, after her recovery) explained how she began struggling with anorexia at the age of 16. It took her years to recover properly 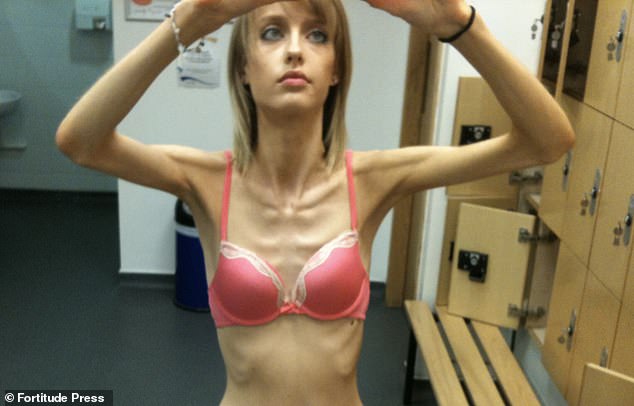 Chloe (pictured before her recovery) explained how she began skipping meals at boarding school, which led to her weight plummeting

‘I maintained my weight but I used to calorie count every day. I hadn’t mentally recovered from anorexia but I had physically. No one else noticed.’

Chloe explained how she saw her weight plummet again after leaving boarding school, as she began going to the gym every day to burn calories.

She said she was often too cold to drink much water, developed bad mood swings, anaemia, became very fatigued, and would faint frequently because of her low blood pressure.

Chloe said: ‘My parents couldn’t do anything because I was an adult. If I wanted to recover it had to come from me.

‘I was lying about going to the gym and what I was eating. Nobody really knew what I had eaten.’ 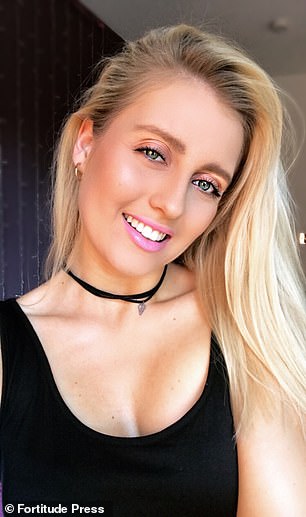 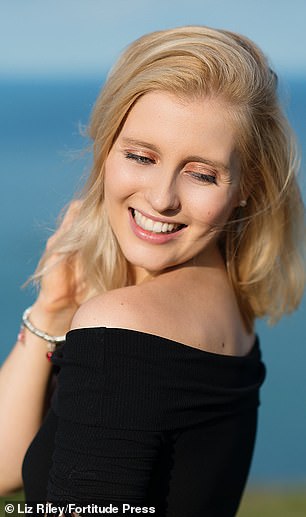 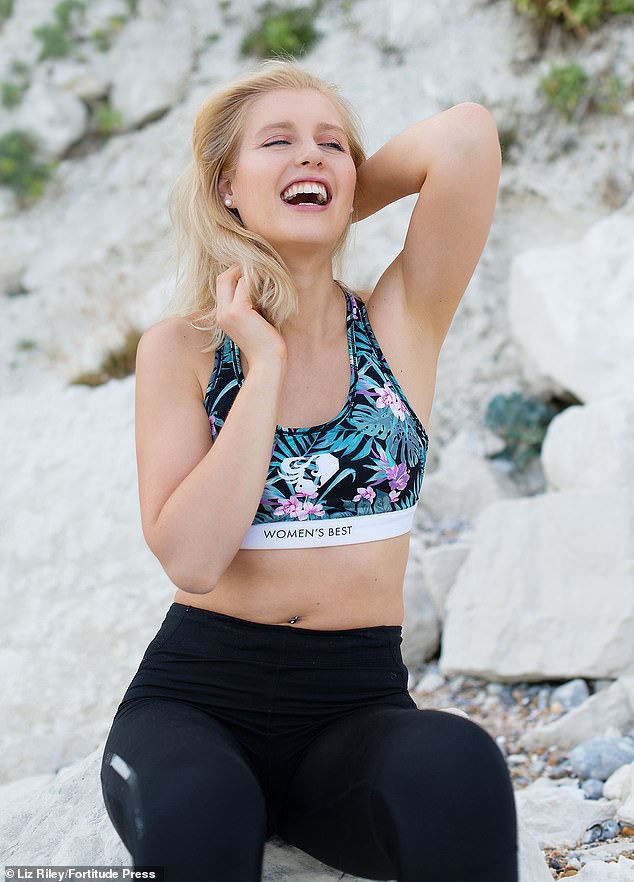 After working with a personal trainer last year, Chloe (after her recovery) explained how she managed to gain four stone

During her first year of university, Chloe was scouted by a modelling agency and began working full-time as a model.

Even though she was encouraged to gain a few extra pounds from the modelling agency, she was still underweight with a BMI of 18.

Chloe worked as a model for six years, working for the likes of Gucci and Vogue during that time.

‘When I was a model I thought I was recovered but looking back I restricted myself a lot but I don’t do that anymore,’ she said.

The personal trainer admits whenever she ate, she would insist on being alone, and she would be extremely particular about brands and weigh all of the food. 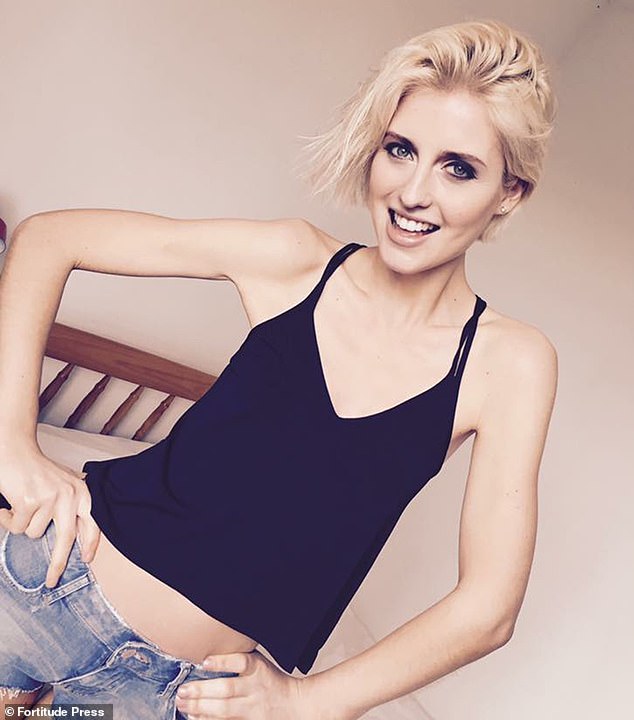 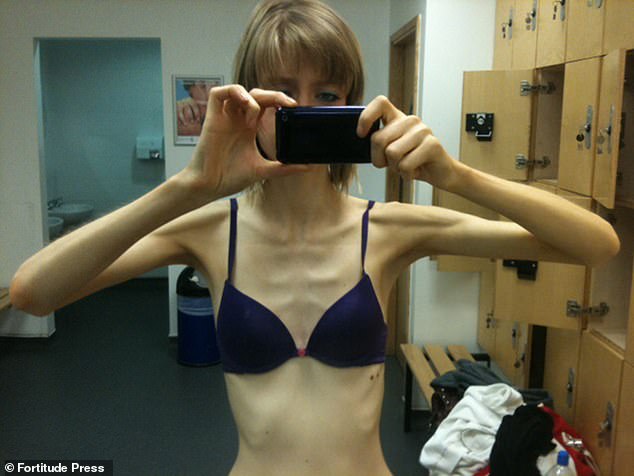 After starting university, Chloe began working as a model, walking at the likes of New York Fashion Week. She is pictured left, backstage at a fashion show, and right, in a photoshoot

Chloe said: ‘It was like a bit of a ritual. It was very particular. If anything messed it up I would be very upset.

‘I became so fed up of this thing in my head controlling what I ate. I just wanted to go back to how I was before and not think about food constantly.’

Chloe began seeing a therapist twice a week in 2010 to discover the route of her problems and what triggered her issues around food.

She said: ‘Food is the most accessible thing for someone to be able to control as a teenager.

‘It sounds strange but my disorder supported me, it never let me down. I could trust food, unlike people. It was easy to rely on it.’

In 2016, Chloe began to exercise and eat more healthily in order to gain weight but was told by her agency that she would struggle to get work. 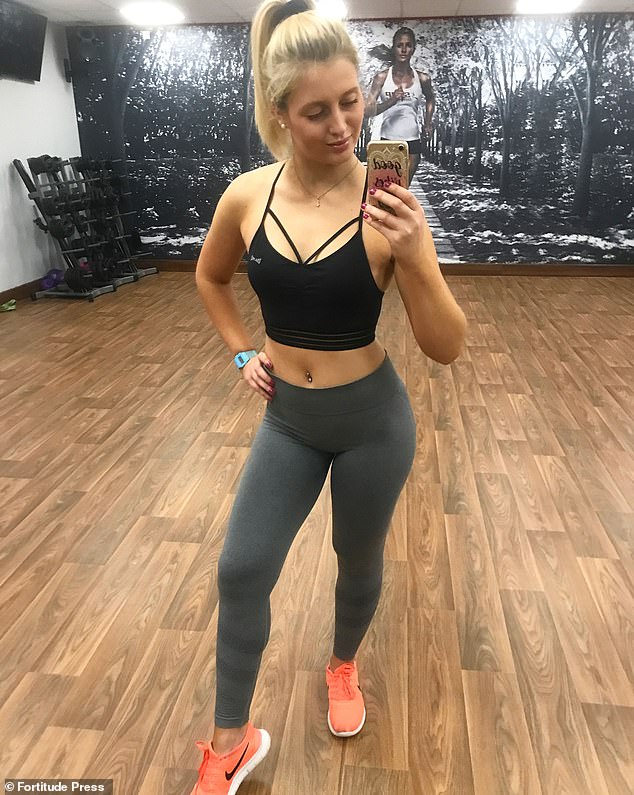 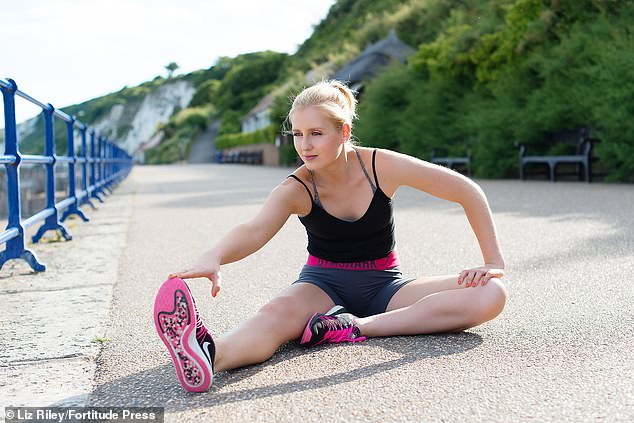 Chloe (above, after her recovery) explained how she felt ‘ready’ to listen to her body, working with a personal trainer to get fit and healthy

‘They told me to take water retention tablets to lose fat off my face,’ she said. So I quit modelling and that’s when I got a personal trainer as I was determined to get healthy and fit.

‘This is what inspired me to become a personal trainer.’

After working with a personal trainer last year , Chloe gained four stone, now wears a size 12 and has a BMI of 24.

Describing her recover, Chloe said: ‘I was so ready for it. It was the right timing. I found it a lot easier. It was a slow process of listening to my body.

‘Everyone is amazed by my transformation. My parents are so grateful that I’m now able to join in on things more.

‘They love that I can happily sit with them and eat meals.They are really proud of me for overcoming it. They know it is quite rare.’ 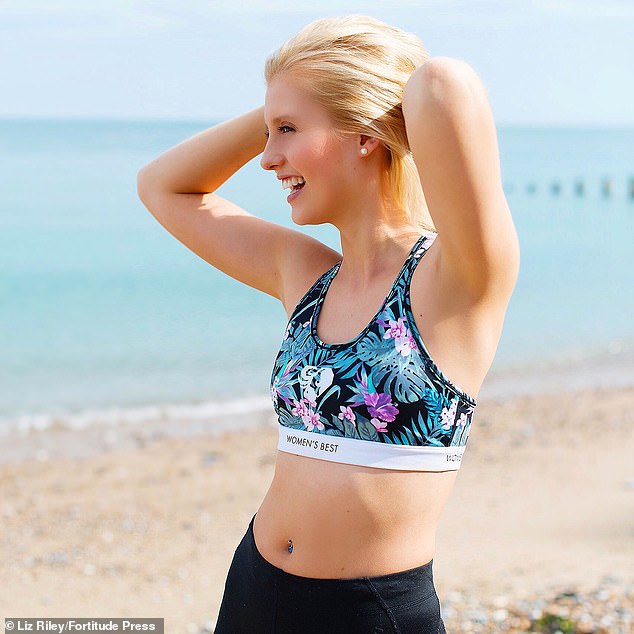 Chloe (left, while suffering from anorexia, and right, after her recovery) explained how seeing a therapist helped her work out the triggers behind her eating disorder