Even for big companies with thousands of employees, making successful products that people love is a hit-or-miss affair. For every Kindle or Amazon Prime Day, there’s an Amazon Local, which was that company’s failed attempt to copy Groupon’s business model. Heck, supposed business geniuses such as the Shark Tank sharks get it wrong and reject products that make millions. What we’re saying is, even big companies make failed products. These are some of the worst of all time.

CB Insights rounded up some of the worst ideas that turned into embarrassing flops. Don’t feel too bad if you bought any of these, because you probably weren’t alone (even the terrible Apple device at No. 7 or the drink no one wanted at No. 12). 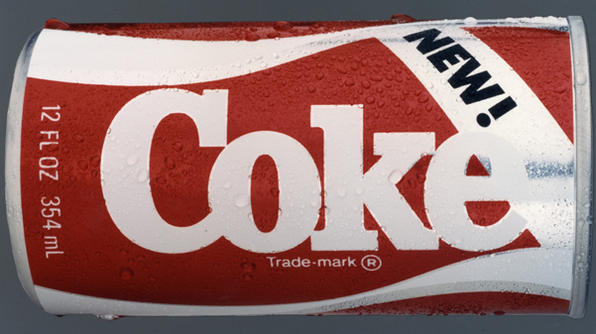 You can’t discuss failed products and big business blunders without mentioning New Coke. Everyone already loved the traditional formula, but Coca-Cola decided to give the world New Coke instead. People hated New Coke’s taste, and less than three months later, traditional Coca-Cola was back on the shelves, and no one had to worry about sullying their taste buds with swill. 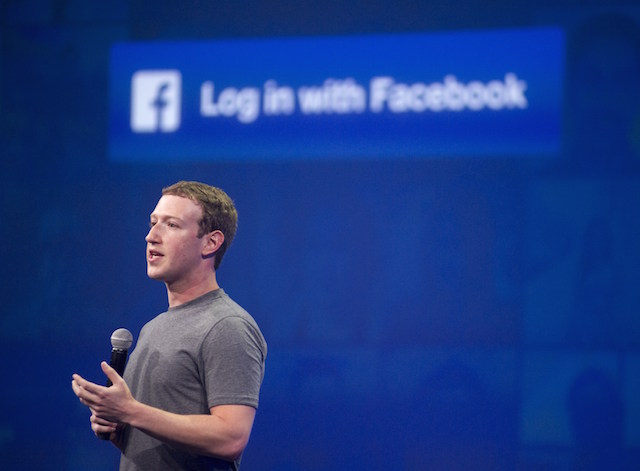 A dedicated Facebook phone was a failure for Mark Zuckerberg and his company. | Josh Edelson/AFP/Getty Images

Facebook changed the way people around the world connect, and its success put creator Mark Zuckerberg near the top of the richest Americans list. Aside from the Cambridge Analytica scandal, 2013’s failed Facebook phone is the biggest black eye for the company. Nobody wanted a cell phone whose primary function was running Facebook, and it quickly disappeared. 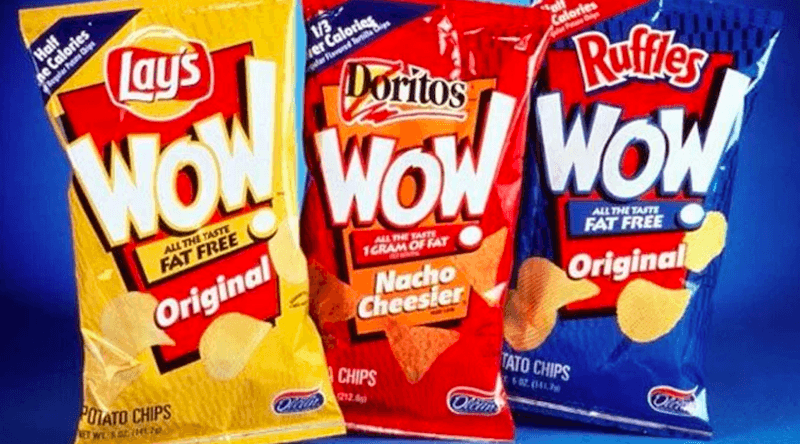 These healthier chips had less-than-desirable side effects. | Frito-Lay

No calories, zero fat, and zero cholesterol in potato chips sound too good to be true, and they were. Frito-Lay was one of the first companies to use olestra in its potato chips, and the healthier Wow! line was the result in 1998. Unfortunately, they are one of the worst failed products of all time. Olestra caused too many unwanted intestinal side effects, people stopped buying the chips, and they quietly went away. 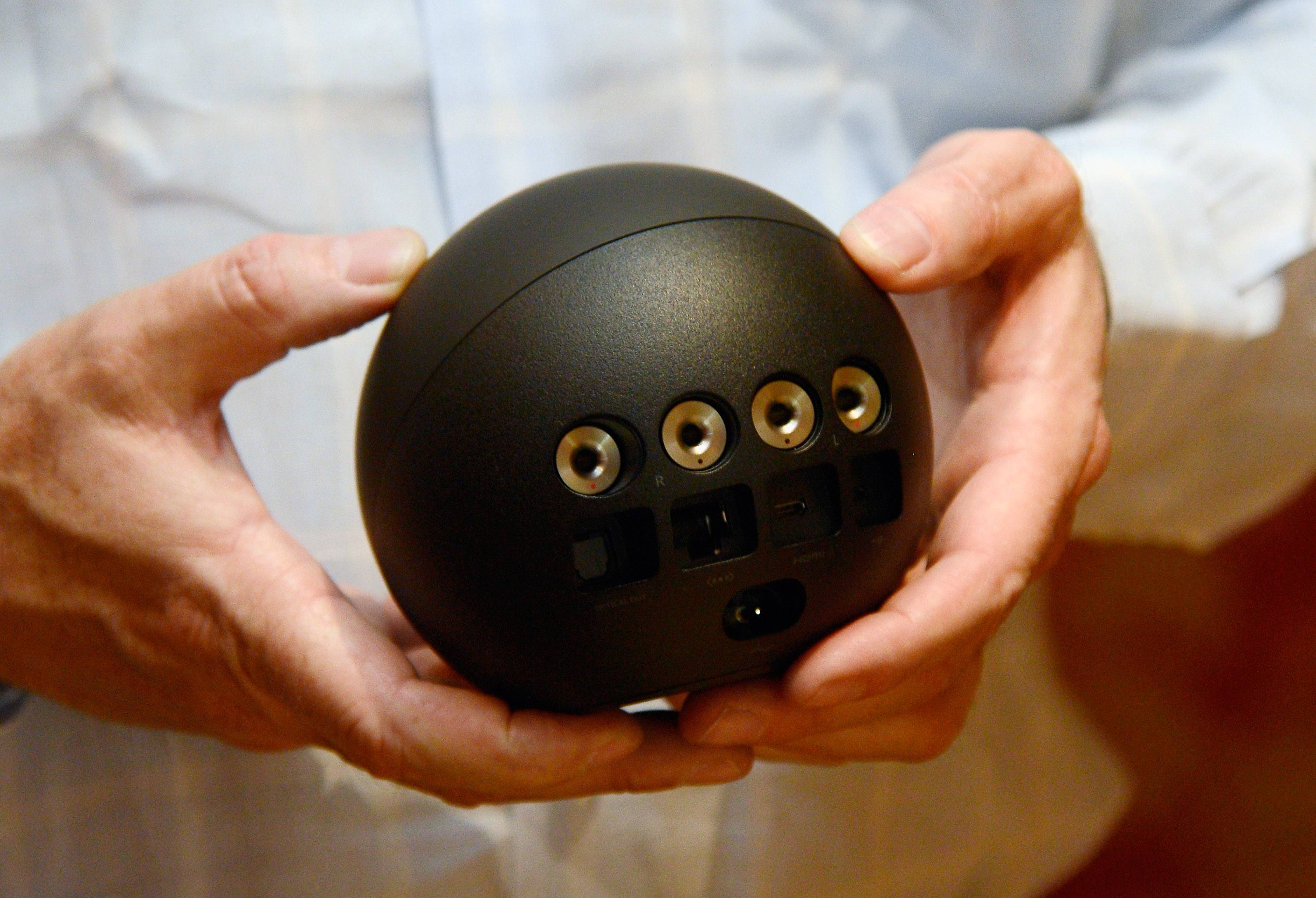 Google’s Nexus Q wasn’t nearly as good as the competition, and it failed. | Kevork Djansezian/Getty Images

Roku, Amazon Fire, and Apple TV are some of the successful devices helping people ditch cable for good. Google’s attempt at the same thing was the Nexus Q, and it didn’t work out well. You needed an Android phone or tablet to use it, and it only played music and movies from Google apps. It’s one the worst failed products from any tech giant and one reason Google gave up in the fight for set-top TV customers. 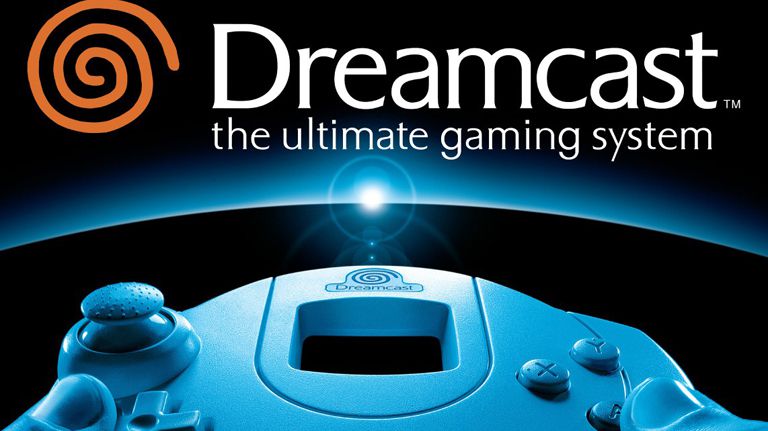 The Sega Dreamcast couldn’t hold a candle to other gaming systems. | Sega

When home video game consoles were new in the United States, the main choices were Nintendo, Atari, and Sega. The Dreamcast was a nail in the coffin for the hardware side of Sega’s business. It came to North America in September 1999, but by March 2001 it was gone for good since it couldn’t compete with Sony’s PlayStation 2. 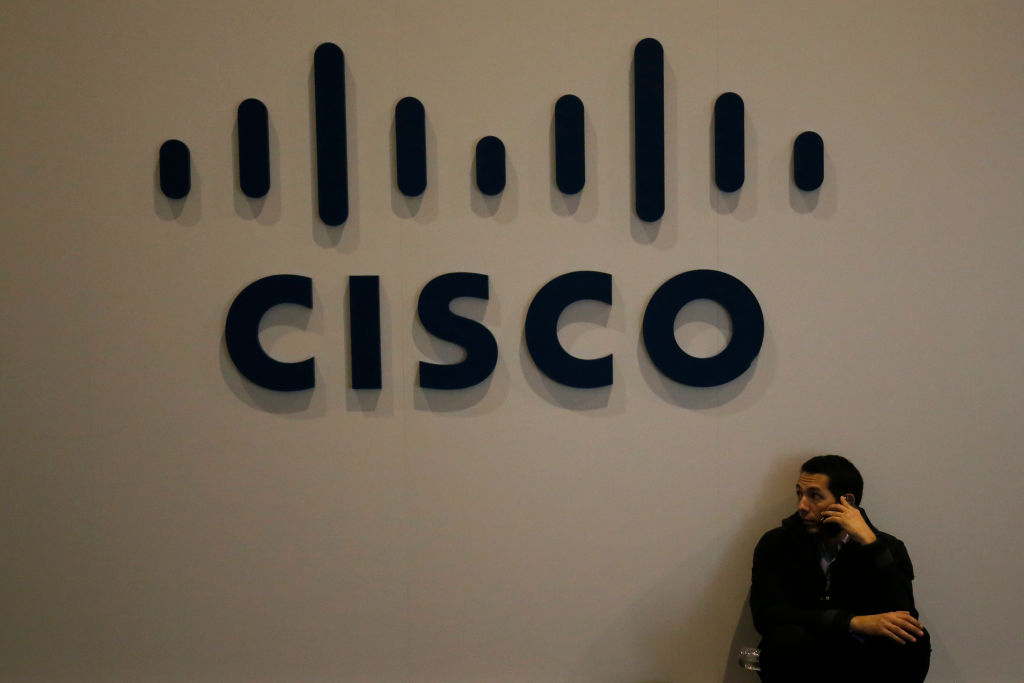 If you want a TV that’s just a webcam that makes and receives video calls, then the Umi is right up your alley. And if it is, you’re probably one of the few that paid for it. When you look at the specs, it’s no wonder its one of the worst failed products of all time. 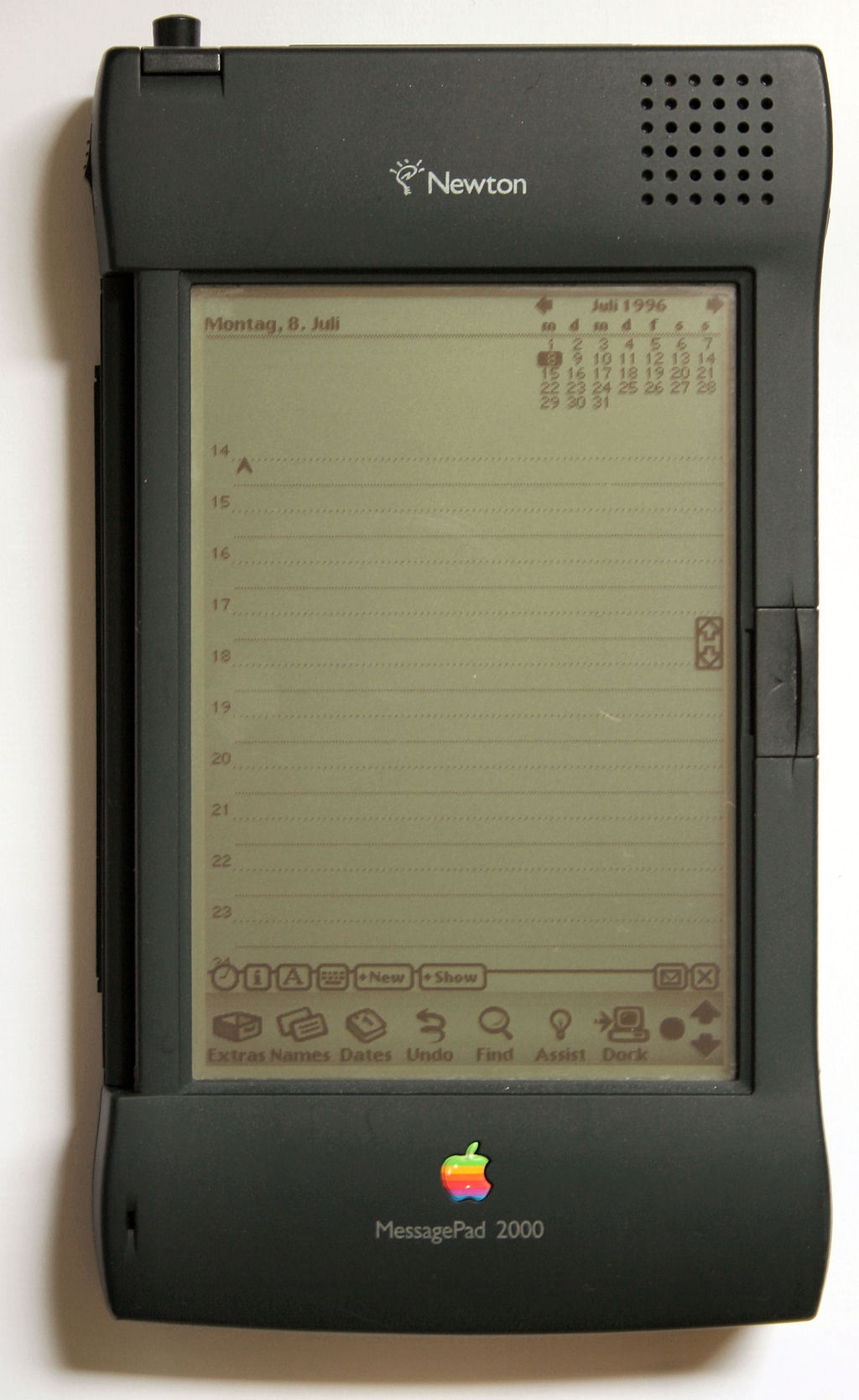 The Apple Newton was a total failure. | Ralf Pfeifer via Wikimedia Commons

Steve Jobs remains influential in the technology industry, even though his NeXT Computer brainchild wasn’t as great as the iPod. Luckily, the Apple Newton is a device that didn’t come on his watch since he wasn’t at the company at the time. The personal digital assistant came out in 1993, a time before smartphones and lightweight laptop computers were everywhere. It was expensive and didn’t live up to expectations, and it ended up being one of Apple’s biggest failures amid a string of successes. 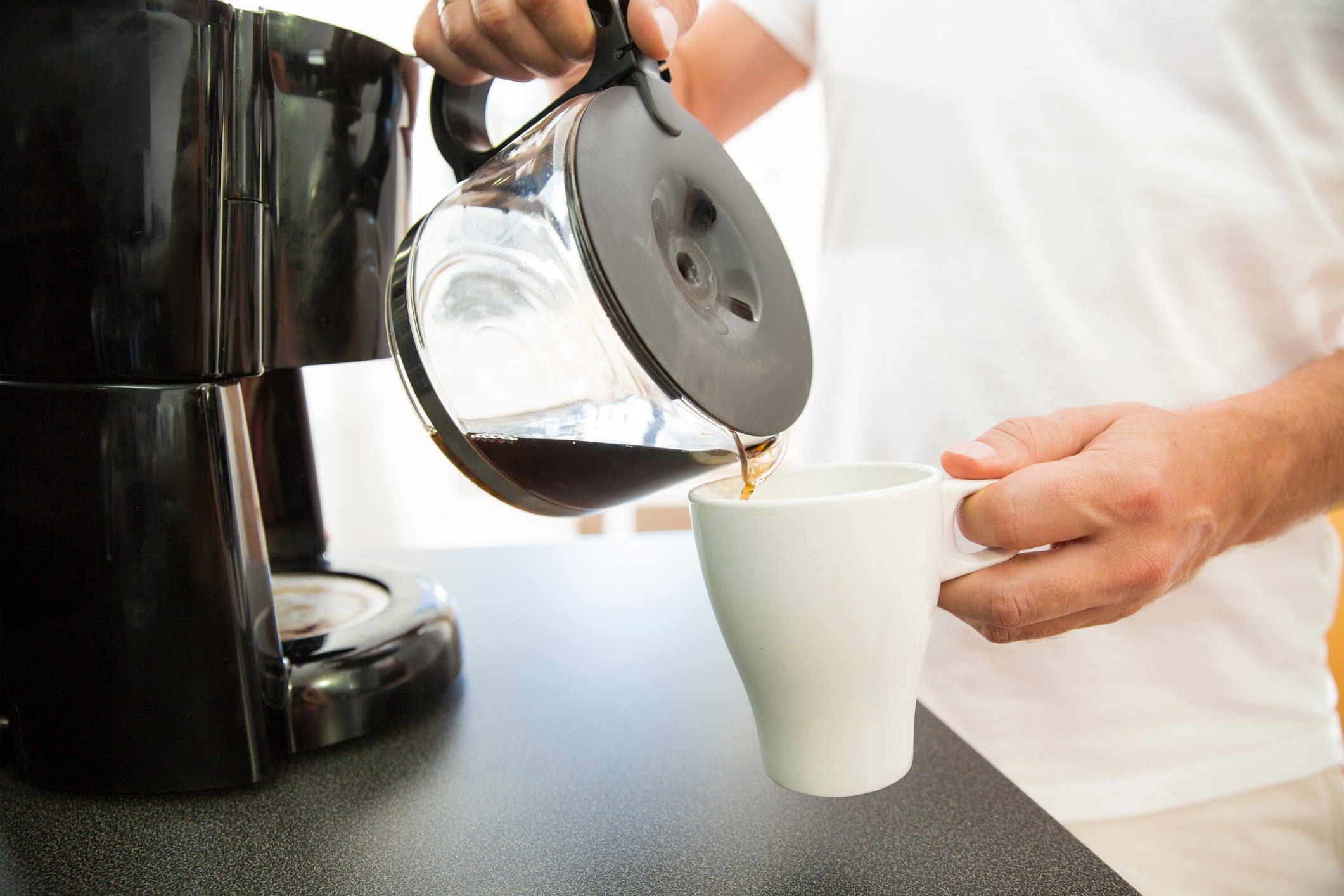 Coffee from a drip machine is as easy as Maxwell House Brewed Coffee. | Sasha_Suzi/iStock/Getty Images

Cold, ready-to-drink coffee sounds like a dream in the 21st century, but folks in 1990 weren’t ready for Maxwell House Brewed Coffee. Maybe the drink was ahead of its time, but it goes down as one of the worst failed products for a few reasons: 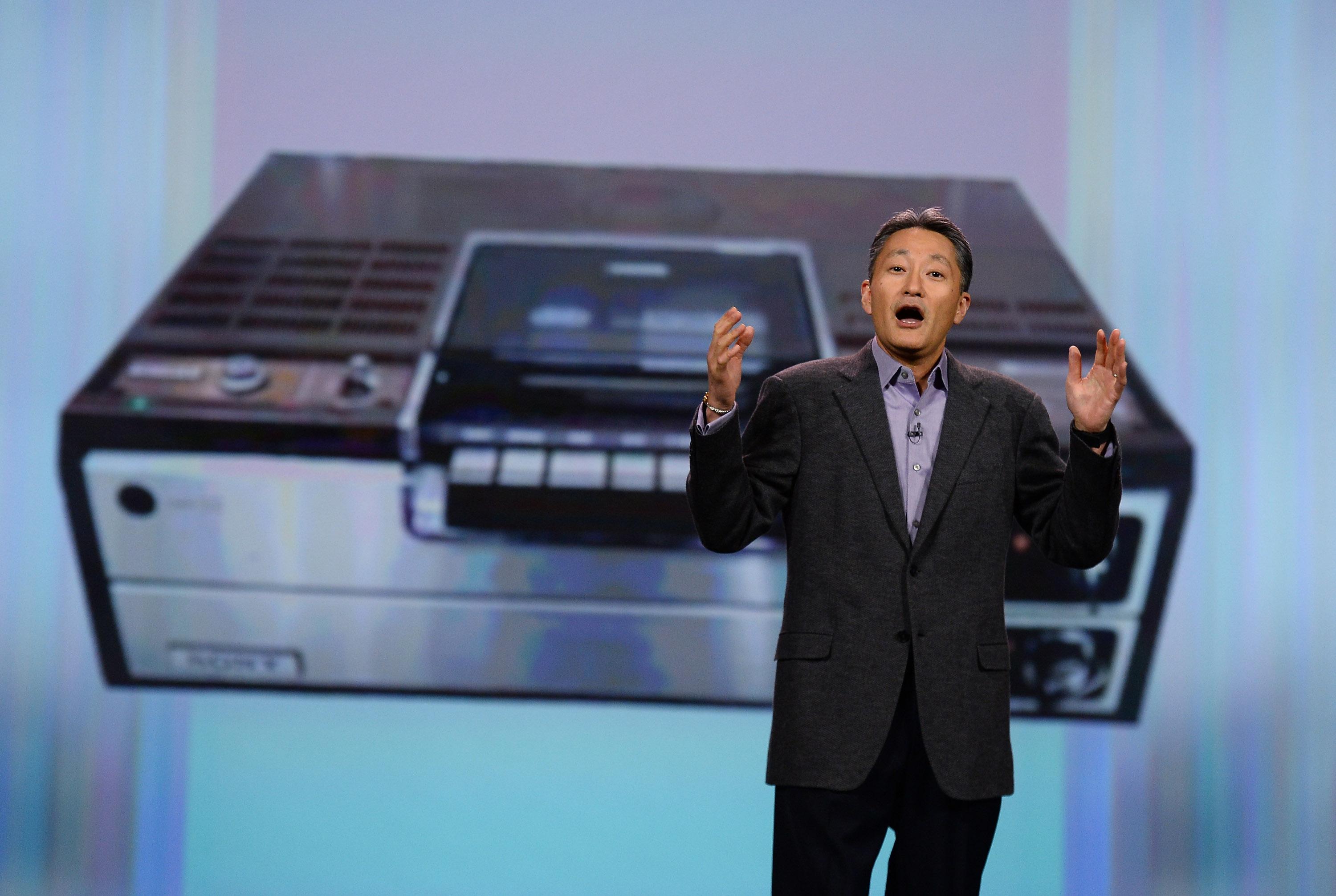 Sony Corp. President and CEO Kazuo Hirai in front of an image of a Sony Betamax in 2014. The company finally ditched the failed product in 2016. | Ethan Miller/Getty Images

Home video enthusiasts had two options in the late 1970s and early 1980s: JVC’s VHS or Sony’s Betamax. Early Beta tapes held only one hour of footage while VHS held two, which was one reason it flopped. VHS was king almost immediately, but Sony didn’t get out of the Beta game until 2016, the last year it made cassettes. 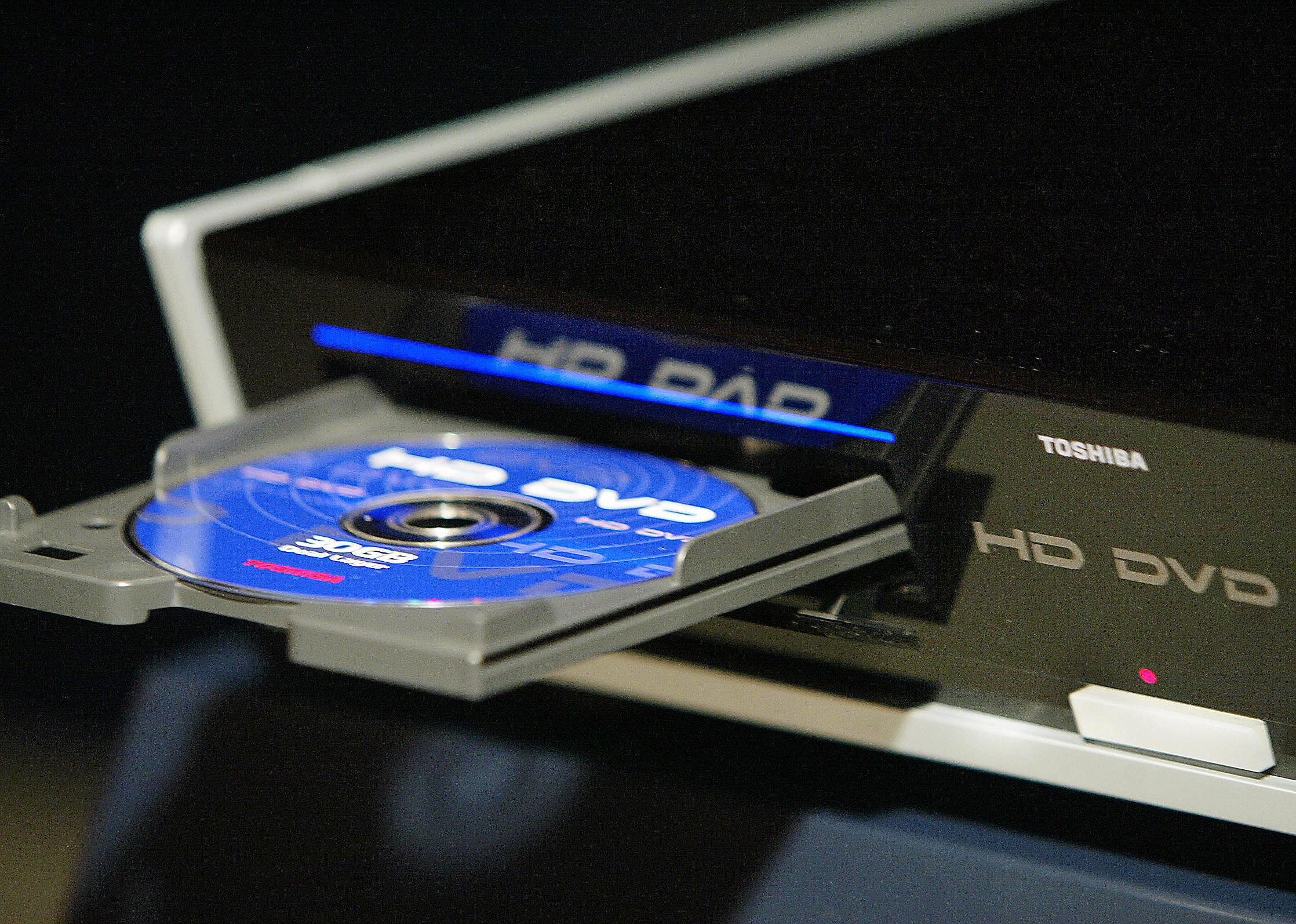 Nearly 20 years after Sony lost with Beta, it scored a big win with Blu-ray movies at the expense of Toshiba’s HD DVD. Both formats offered high-quality video at home, but Toshiba never got the big Hollywood film studios to back its platform. Meanwhile, Warner Bros. was loyal to Blu-ray, HD DVD could never gain an edge, and Toshiba shelved it in 2008 after roughly $1 billion in losses, according to Time.

Not too many people toasted with Zima in the 1990s. | Kzenon/iStock/Getty Images

Before Smirnoff Ice, Mike’s Hard Lemonade, and adult root beer, there was Zima. The sweet malt beverage shared shelf space with wine coolers when it debuted in 1994, but it never gained a dedicated following. Even though Zima didn’t have many fans when it debuted, Miller-Coors, which owns the brand, brought it back for a limited run in 2018. 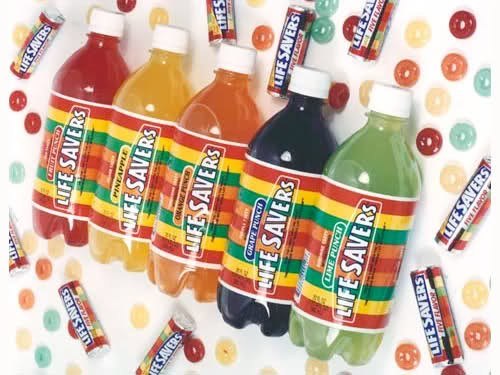 Life Savers soda was the opposite of a success story. | Storify.com

Life Savers candy debuted in the early 1900s, but the brand wanted to branch out later in the 20th century. Life Savers Cola hit shelves in the 1980s after successful taste tests, but it flopped in stores. The drink was too similar to the candy, according to Business Insider, and the short-lived beverage turned into one of the worst failed products ever. 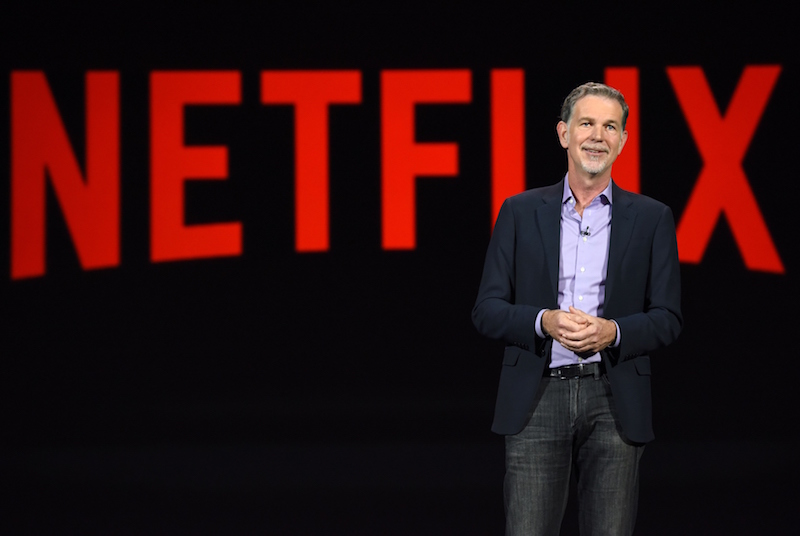 Netflix still has a ton of DVD subscribers, which is a little-known fascinating fact at a time when everyone seems to love the streaming service. When the company attempted to separate its streaming and DVD services into separate companies, we got Qwikster, which was a miserable failure. The idea was to make people pay for either service or both at the same time, which was not a popular idea. Netflix shelved Qwikster after a month, but not before the company endured a public relations nightmare. 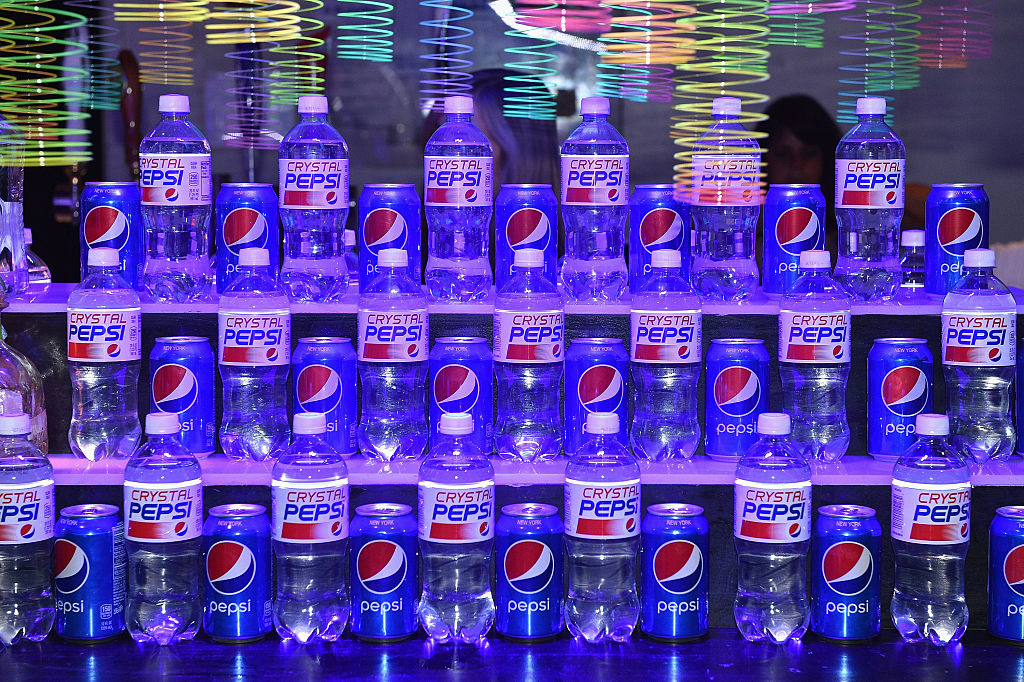 Just three years after breakfast cola Pepsi A.M. fell flat, the beverage brand gave us Crystal Pepsi, which was doomed from the start and the more notable failure. For all the hype, it was just regular Pepsi without the color. People either weren’t ready for it or they didn’t like it, and it was gone by the end of 1993, less than a year after its debut. 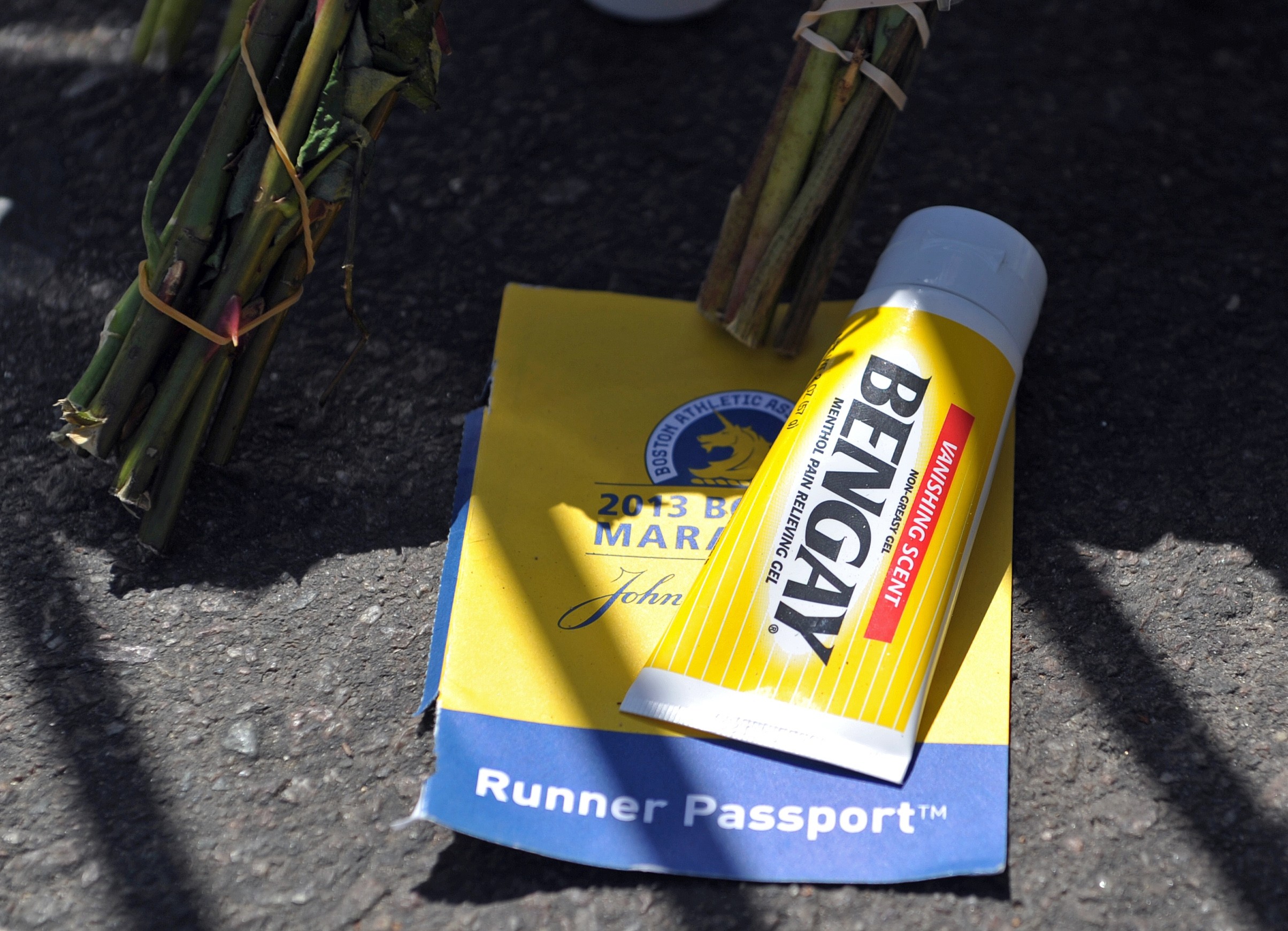 It turns out people only want topical Bengay, not the kind you ingest. | Stan Honda/AFP/Getty Images)

Bengay’s topical pain relief creams get the job done, and they’ve been around since the turn of the 20th century. But when the company marketed Bengay aspirin in the 1990s, it turned into one of the worst failed products we’ve ever seen. Apparently, customers had hang-ups ingesting Bengay instead of applying it on the outside of their bodies. 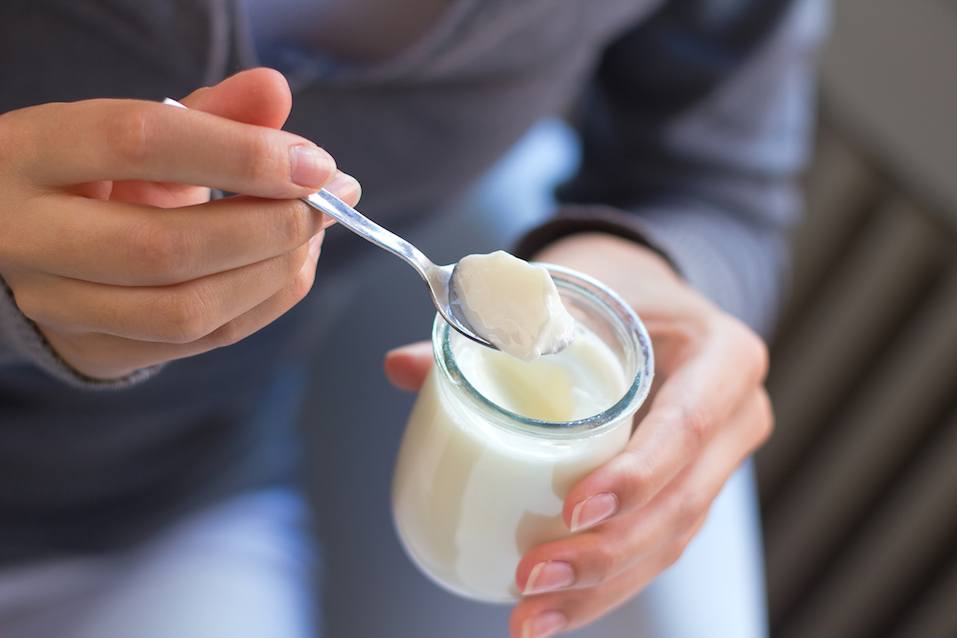 Cosmopolitan is a staple on the magazine racks in the grocery store checkout lane, and in 1999 someone thought it would be a good idea to put Cosmo in the dairy aisle. It wasn’t. We’ve heard of chefs appearing in magazines, but a magazine company moving into the dairy case never should have happened. Cosmopolitan yogurt went sour 18 months after the debut, and we’re guessing no one misses it. 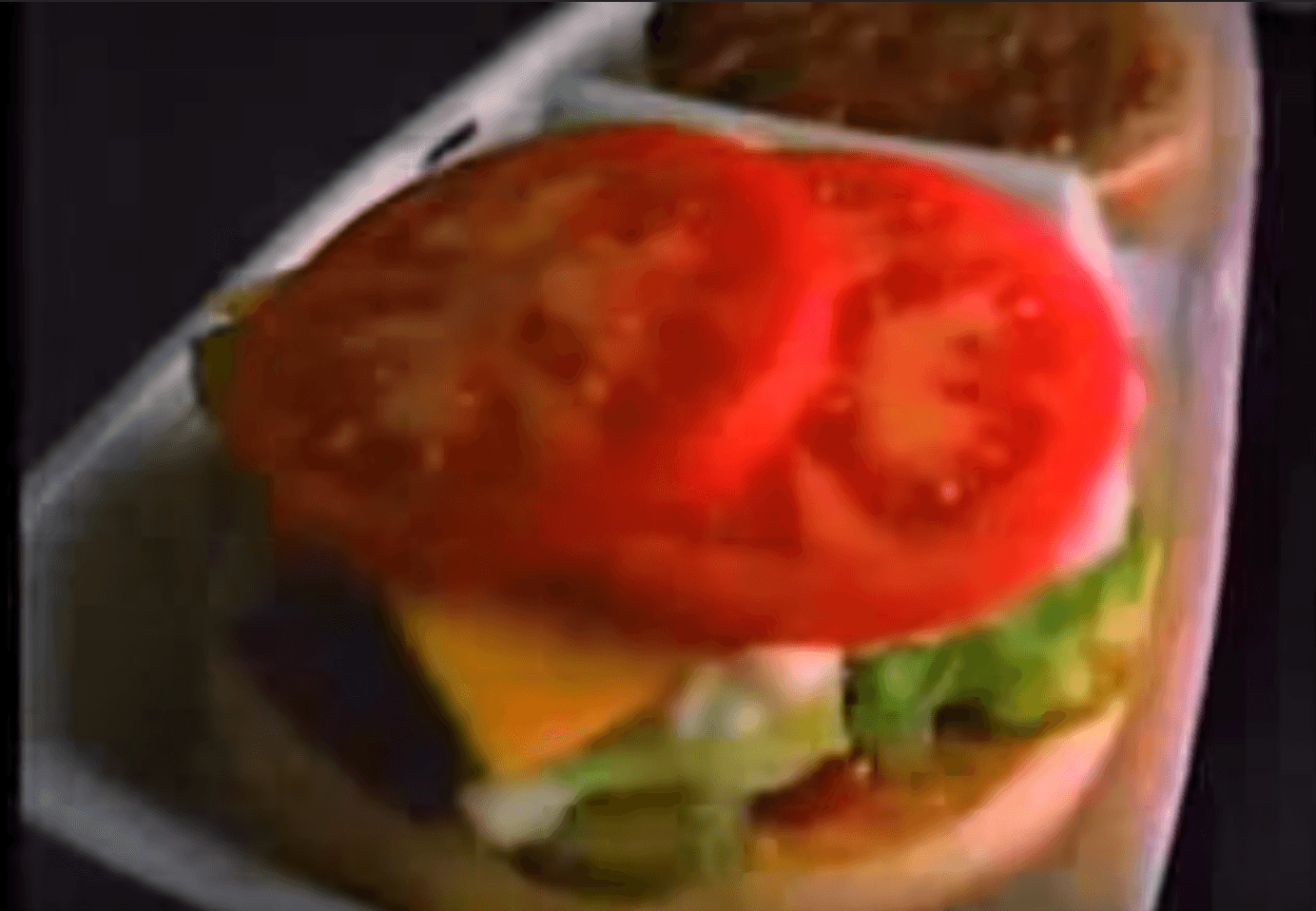 McDonald’s wanted people to assemble their own burgers. | ArcadeSpookyTree via Youtube

In 1984, McDonald’s unveiled the McDLT, a burger packaged in two separate styrofoam domes joined in the middle. In one compartment, the bottom bun and the patty. The other contained the top bun, cheese, lettuce, tomato, and other toppings. When you sat down, you assembled your own burger. We can totally see why it ended up as one of the worst failed products.

The McDLT is hardly the only forgotten menu item, but it is one of the biggest flops. 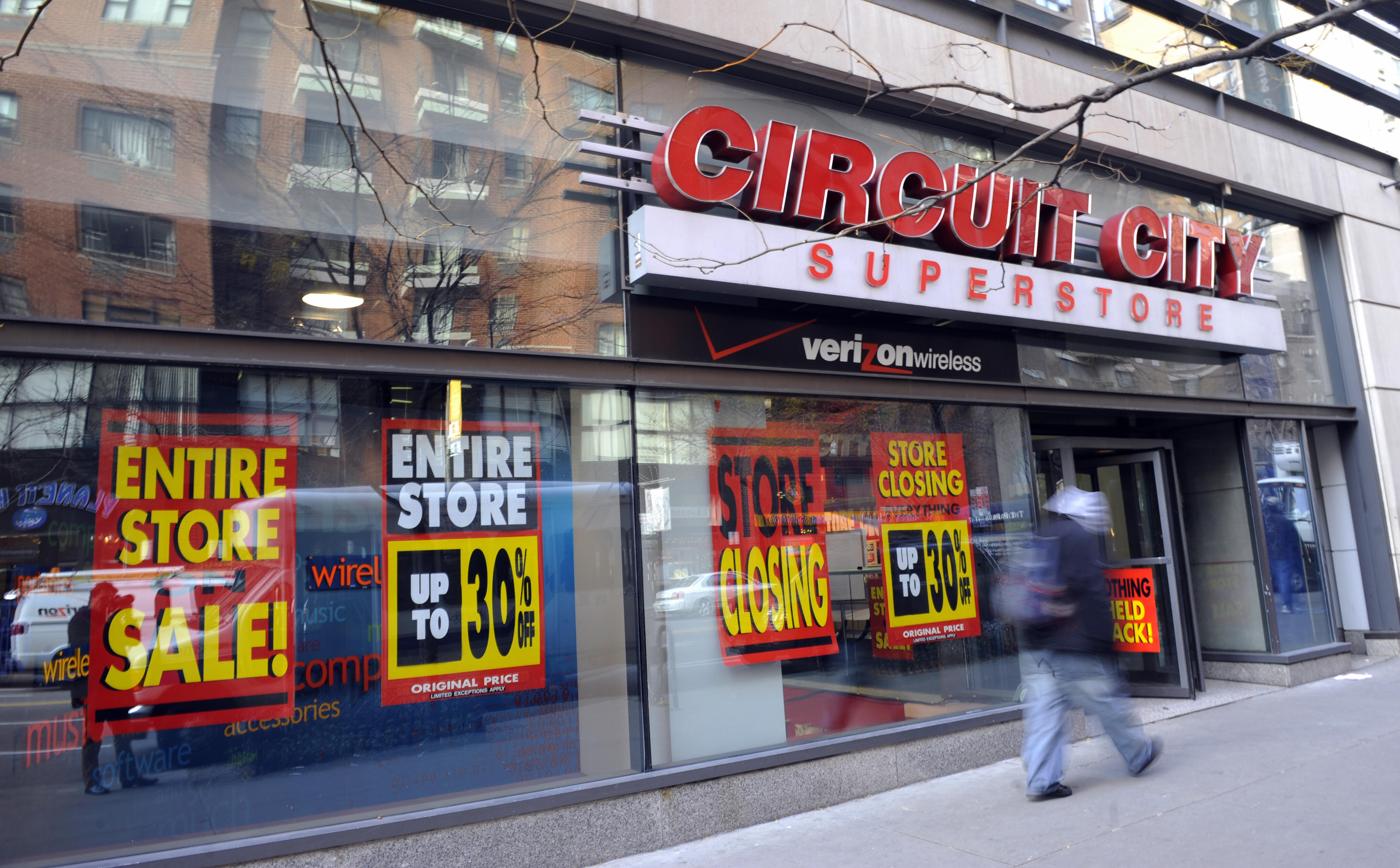 These days, DivX is a free video converter and media server. In 1998, DIVX (the capitalization is important here) was a disc-based movie rental system, and it turned into one of the worst failed products in history.

With that laundry list of negatives, we’re glad DIVX crashed and burned. 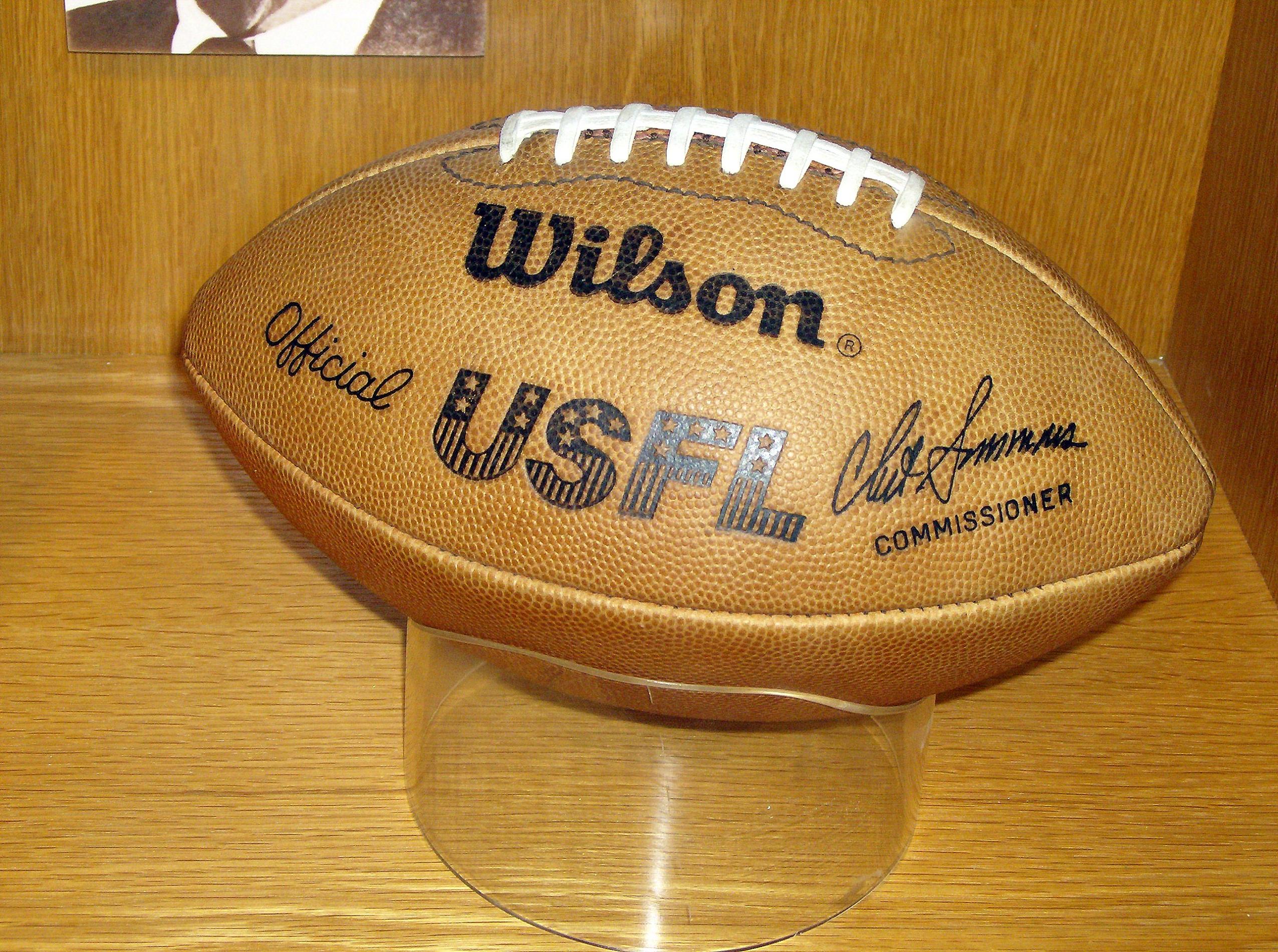 The USFL fumbled a few years after its debut. | Mike Russell/Wikimedia Commons

The United States Football League played three seasons between 1983 and 1985 before closing up shop. One of Donald Trump’s worst business deals was owning a team, but the league was modestly successful when it played during the NFL offseason in the spring and summer. When the league moved games to the fall, it all went downhill quickly and turned into one of the worst sports failures of all time. It’s a fate the reincarnated XFL is looking to avoid.

Read more: Every NFL Team’s Best Player Ever in the Super Bowl Era