DO you think you’re clever enough to become a detective for Scotland Yard?

This quiz is full of questions inspired by exams taken by detective hopefuls in the 1930s. 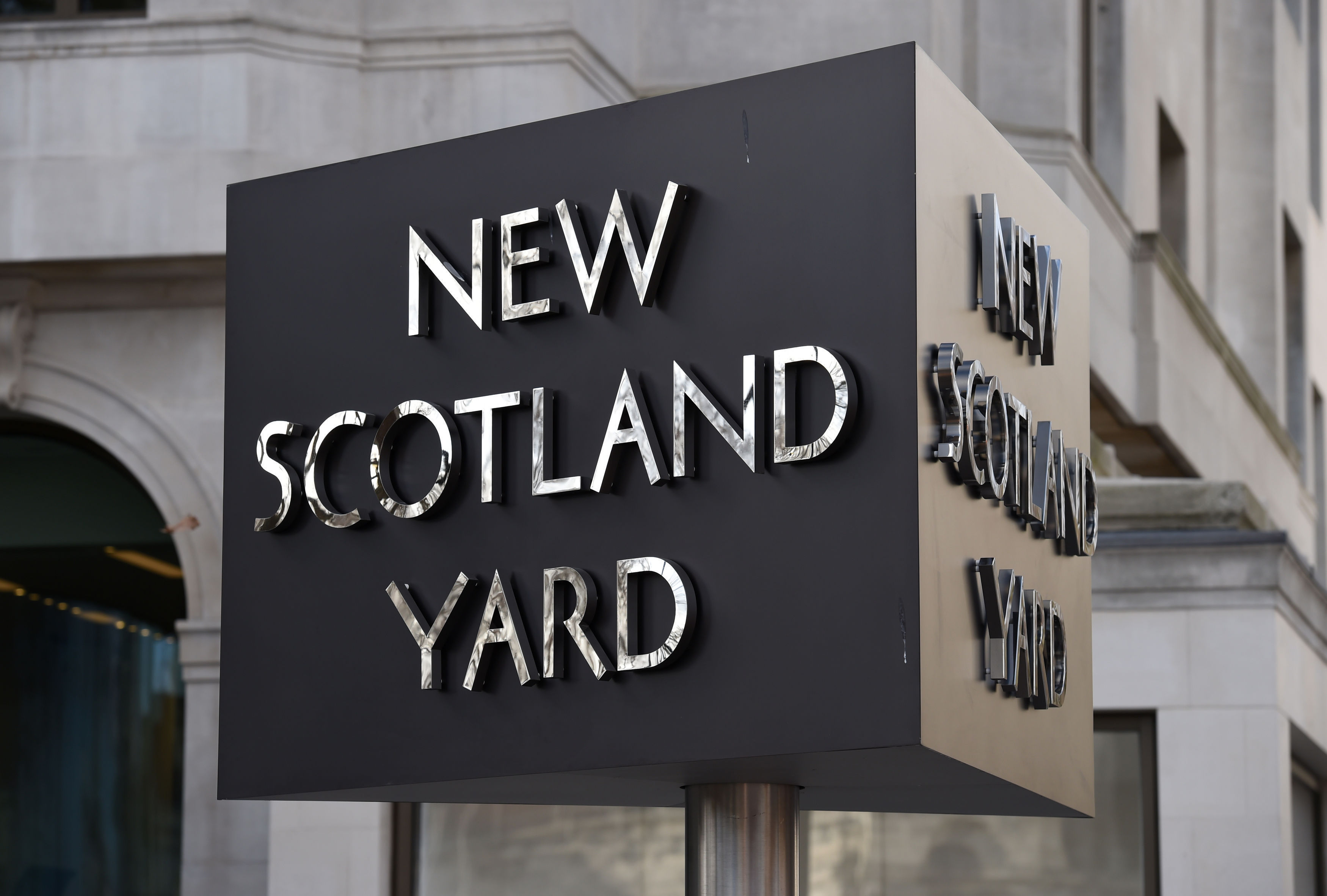 Some questions are taken from pre-war tests and others give insight into how detectives back in the day were expected to show their knowledge.

The Scotland Yard Puzzle Book, by Sinclair McKay, has all the questions at your fingertips.

If you think you’ve got what it takes, then scroll below and do your best.

The answers are at the bottom  – so no cheating! 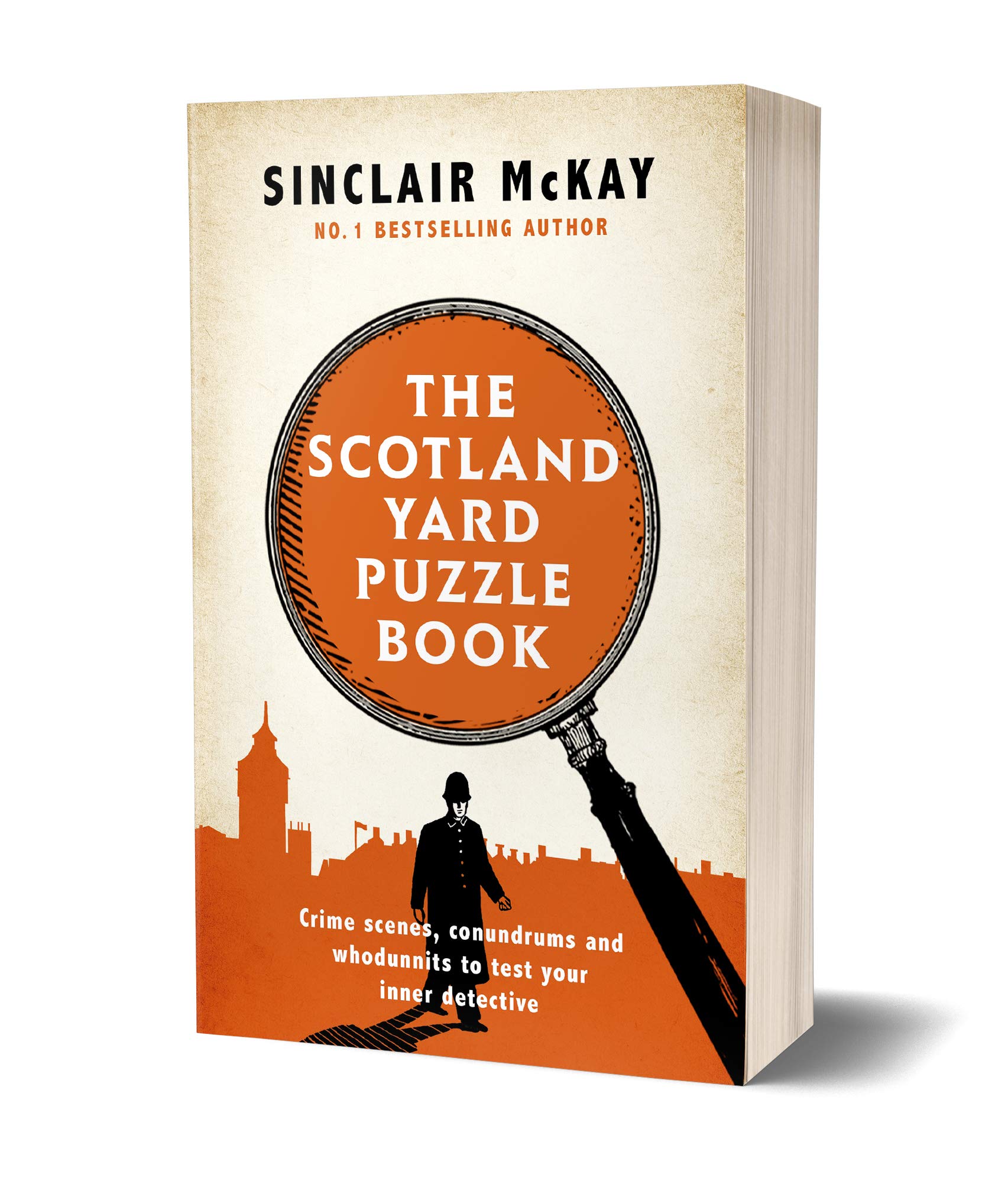 The new train company, London And Terminuses Everywhere, (LATE) for short, was based in the capital.

It needed a quick and efficient way to establish tariffs for its journeys. Setting aside the usual criteria – fuel costs, staffing, distance and the like – it hit on an ingenious system.

Here is a list of its fares from London to different parts of the country:

What was the logical – though totally impractical – basis on which fares were fixed? 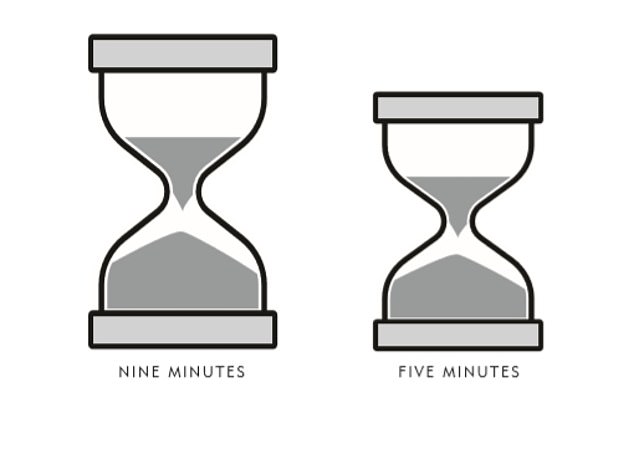 When the area full of sand is turned to the top it will start to filter down to the lower section. It’s a device that goes back through the centuries but is remarkably accurate for keeping time.

Your task is to find a way to measure THIRTEEN minutes using the two timers.

The notorious Burke and Hare were arguably the most famous body snatchers of all time, moving from providing corpses for medical research to murder most foul.

In the puzzle below complete the word by inserting the name of a body part, an exercise which demands looking with a cool eye, without B & H’s evil intent

Look at the groups of word below. Make it to the front line by finding a word which can go in front of each set of words listed. 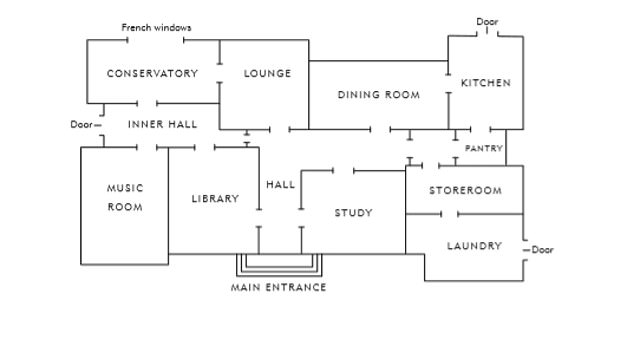 Captain Baggitt was staying at his favourite country house Maldark Hall. In the library he found a book chronicling a deadly murder trail at the Hall many years before. Intrigued about the victims on that fateful day, he tried to solve the mystery himself. Four people were murdered, each in a different room and with a different weapon.

Put these crimes in order, identifying each member of the household, where the crime took place and what the murder weapon was.

The murderer entered at the main entrance and did not retrace his steps. Captain Baggitt worked out the deadly route he had taken, room by room. Can you do the same?
Clues

There are six glasses in a row. Three are empty.

Three are full. You can only move or touch one glass.

Make a line in which all the glasses are alternately empty and full. 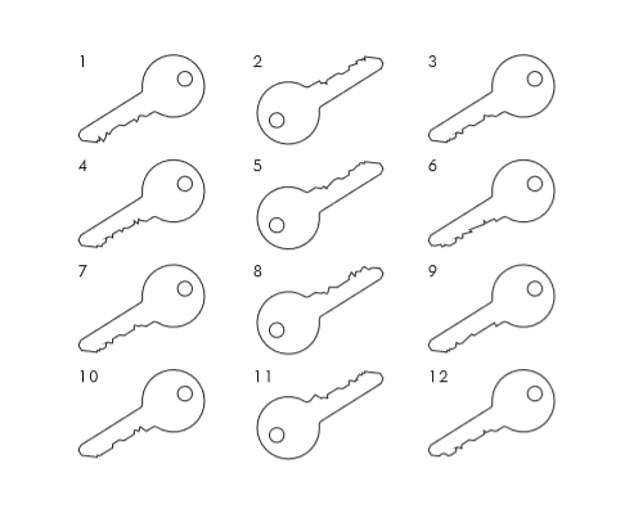 The wealthy Victorians loved to fill their houses with fine furniture, books, ornaments and artwork.

Having valuable possessions meant a greater need for security with mass production of locks, bolts and keys.

Here is a collection of keys. There are only two keys that are identical. Sharp eyes peeled. Which keys are the same?

A bank manager has vanished and no one knows the full combination of the locked safe. Individual members of staff, however, can recall pieces of information.

That information is enough for the Inspector to work out the code and open the safe.

What was the code number?

Start both timers. When the smaller of the timers runs out after five minutes, turn it right over and let it start again. The larger timer still has four minutes before it runs out to measure nine minutes.

Turn the smaller hourglass over again. Four minutes of sand will have run in to the lower area.

Let that sand run down again. When it is finished the target of thirteen will be reached.

Explanation:At least two crimes are committed after the governess’s murder. As the coachman is the second victim, the governess has to be victim number 1.

The groom cannot be fourth as that weapon in that case was a pistol. He was the third victim, making the housekeeper fourth.

Murderer’s movements: The murderer turned left in to the library (victim 1).

He went in to the inner hall and then the conservatory (victim 2). Moving through the lounge, he turned left in to the dining room (victim 3). He moved through the kitchen to the pantry (victim 4).

From there he went in the storeroom, moved in to the laundry then left by the side door.

Take the glass fourth from the left. Pour the contents in the empty glass, far left, making sure not to touch the glass that is being filled.

Replace your glass back in to position fourth from the left. That’s it. Job done!

MOST READ IN PUZZLES

Explanation: For the penultimate number to be twice the value of the final number the options are: 2 and 1, 4 and 2, 6 and 3. In the first option the difference between numbers is not greater than one.

In option two, it is no longer possible to make the number without odd digits being next to each other. 6 and 3 must be the two final digits. The fifth digit has to be an odd one.

5 and 7 do not give a difference greater than 1. Therefore the fifth digit has to be a 1. The fourth digit must be even, and as the difference between adjacent digits is always greater than 1, it cannot be a 2.

It has to be a 4. The number in front of it must be odd and greater than one. Therefore it has to be 7. 2 goes before that, and 5 is the first digit.