Ariana Grande was surrounded by friends for the debut performance of her new single, “Thank U, Next.”

The pop star, 25, and her famous pals Victoria Monét and Tayla Parx wore all-white ensembles as they channeled a scene from one of Grande’s favorite movies, The First Wives Club, on The Ellen DeGeneres Show on Wednesday, November 7. 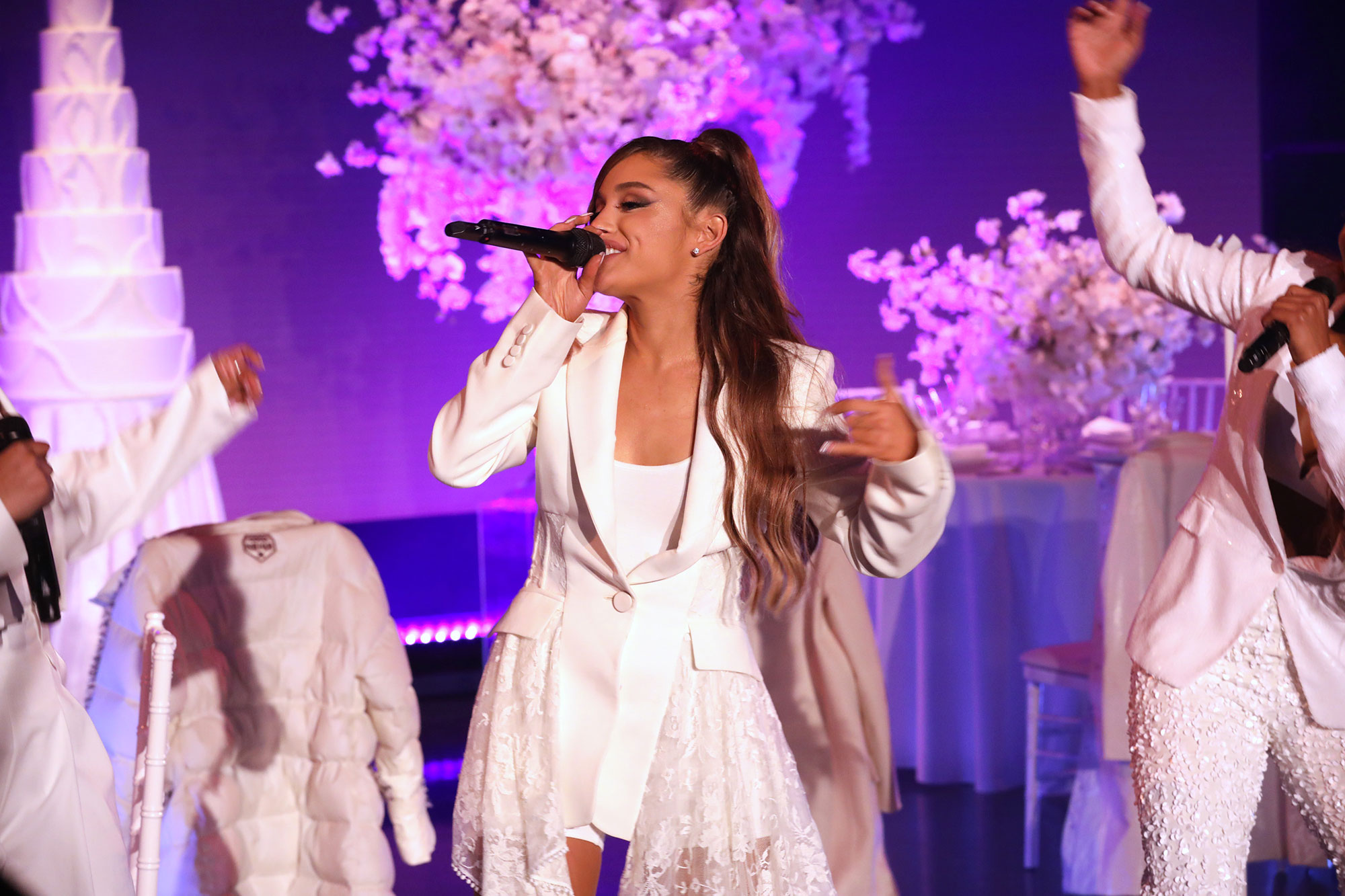 The performance ended up being an emotional one for Grande, whose voice cracked when she sang the verse about getting married after recently calling off her engagement to Pete Davidson.

“One day I’ll walk down the aisle / Holding hands with my mama,” she sang through tears. “I’ll be thanking my dad / ‘Cause she grew from the drama.”

Moments earlier, the Grammy nominee expertly recovered from another brief blunder. She stood up on a chair and danced along to her song in stiletto boots, but her foot slipped when she went to step down.

“Oh, my God!” she blurted out before giggling and immediately resuming the performance.

Grande released “Thank U, Next” — in which she name-drops Davidson, 24, as well as exes Big Sean, Ricky Alvarez and the late Mac Miller — late Saturday, November 3, about an hour before the Saturday Night Live star addressed their October split on the NBC variety show’s “Weekend Update” segment.

“I know some of you are curious about the breakup, but the truth is, it’s nobody’s business,” Davidson told viewers. “Sometimes things just don’t work out, and that’s OK. She’s a wonderful, strong person, and I genuinely wish her all the happiness in the world.”

A source later told Us Weekly exclusively, “Ariana knew Pete was going to address the split on SNL, but did not know what he would say.”

For all the inside details on the biggest celebrity stories and scoop this week, subscribe
to our new podcast “Us Weekly’s Hot Hollywood” below!