ASDA fans best get ready for all the festive feels as a new orange version of the Cadbury Dairy Milk Snowman has arrived in store.

The Cadbury Christmas classic is filled with orange mousse this time round, for a zesty revamp on the seasonal goodie. 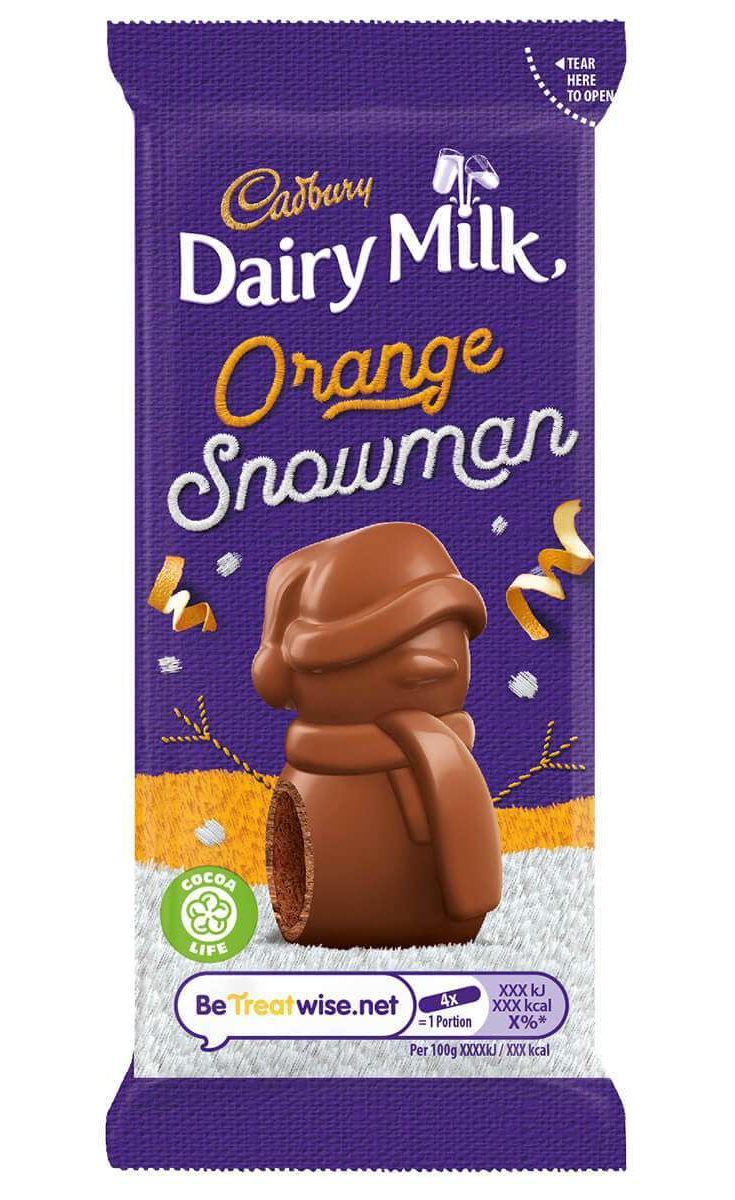 The soft centre is surrounding by hard Cadbury chocolate and is moulded to look like a snowman.

The bitesize chocolate has previously been released with milk chocolate mousse, which is also being sold alongside the orange version.

A vanilla chocolate mousse version was sold in 2013 but sadly this product isn't going to be released again this year.

The orange snowman was found in one Asda store for 50p, or three for £1, so check your nearest shop to see if they've also started stocking them.

You can find your closest Asda by clicking here.

Cadbury tells us they'll be rolled out to other supermarkets nationwide from September until the end of Christmas.

The price of an individual one is 15p cheaper than what you can buy on the Cadbury website, where one Snowman costs 65p.

We couldn't find the Snowman bars on sale online so you'll need to head down to your nearest store to buy one.

Chocoholics are already excited to get their hands on the orange version and shared their excitement on the NewFoodsUK Instagram page.

While another added: “Guess where I'll be going today?”

Both bars weigh 30g while the orange version has 169 calories and the plain one has 167 calories.

We’ve asked Cadbury for the sugar content and we’ll update this when we hear back.

As part of its Christmas range, Cadbury is also releasing a Winter Gingerbread Dairy Milk bar, as well as bags of Mini Snow Balls.

Cadbury fans were sent into a spin yesterday as news circulated of a mint Flake being sold in Scotland.

Meanwhile in Asda, you'll find  ORANGE flavoured After Eights but some shoppers don't know what to think of them.

Galaxy truffles are also back in the UK and you can buy them in Tesco.