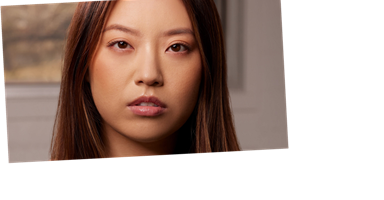 Asian women are ‘scared,’ facing hyper-sexualization. We should be talking about their trauma.

Many Asian women are living in fear. They’ve been living in fear long before the shootings Tuesday night that showed America the brutality of anti-Asian violence.

Asian women are scared to leave the house, worried for their families and overwhelmed by the spate of recent attacks against the Asian community, including the three shootings at Atlanta-area spas Tuesday night that killed eight people, six of whom were women of Asian descent.

Jennifer Chung, a Korean-American living in Atlanta, said she felt “numb” when she heard the news. At least four of the victims were women of Korean descent.

“There’s just been so much going on within our community all over, not just the U.S. but even the world,” she said. “It’s kinda morbid, but you’re thinking it was just a matter of time for it to happen down the street from you. And it’s devastating that it was an incident that took so many lives.”

Christine Liwag Dixon, a Filipino-American living in the New York-metro area, said the killings on Tuesday left her “shocked but not surprised.”

“I’ve spent the last year afraid to leave my house alone in this wave of violence against Asians. When I heard what had happened, it was overwhelming,” Liwag Dixon, 31, said. “It seems like almost every day there’s a new incident, but this one was just so horrifying and so violent.” 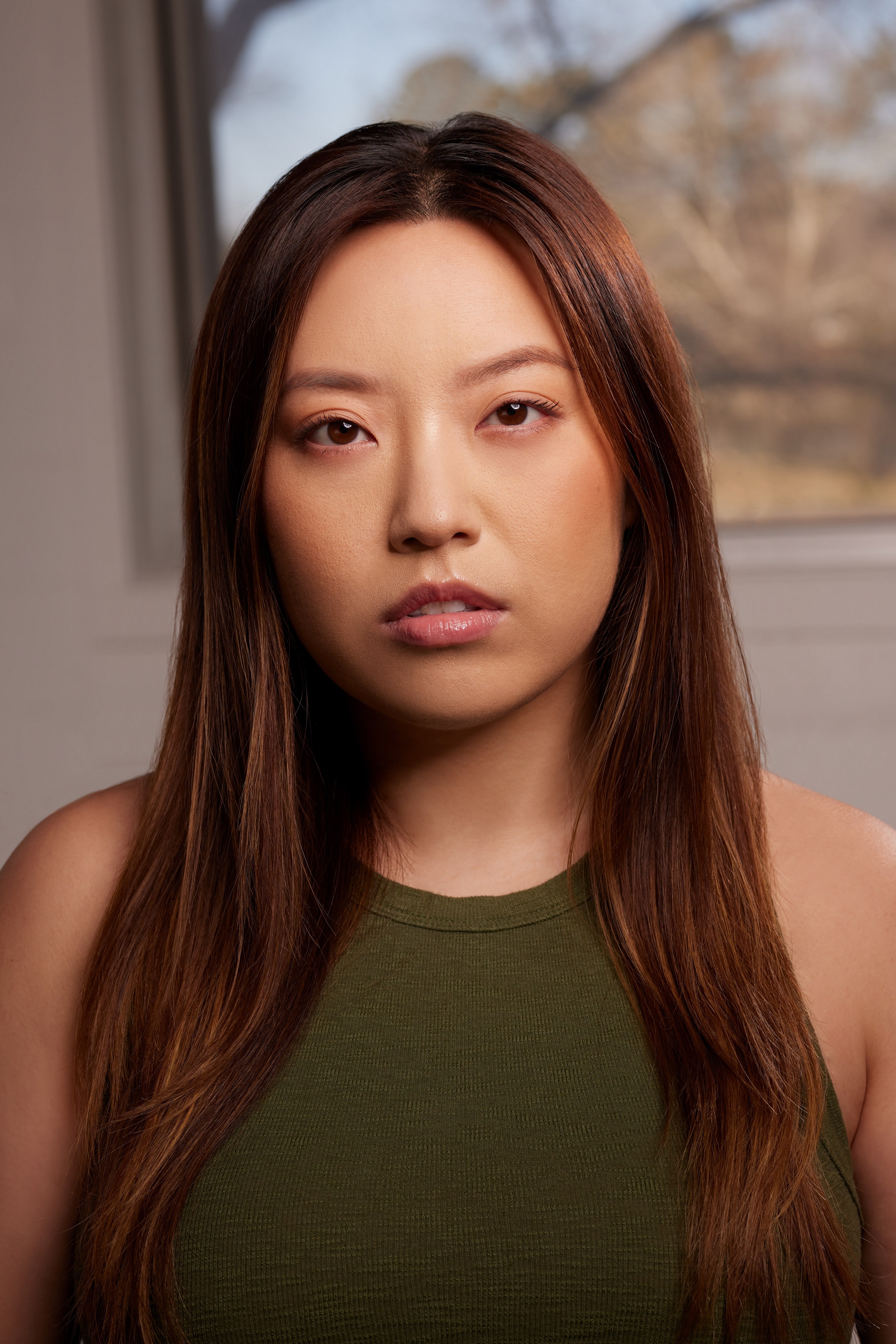 Jennifer Chung, a Korean-American living in Atlanta, said she felt "numb" when she heard the news of the Atlanta-area shootings. (Photo: John Song)

Experts say witnessing violence – or personally experiencing violence or harassment – can lead to trauma, which can cause a range of debilitating mental and physical health effects. For Asian women, the trauma is complex as it is often layered with racism, sexism and hyper-sexualization.

Michi Fu, a professor and licensed psychologist who specializes in cross-cultural and international mental health, said racial discrimination and hate incidents can be “very confusing and isolating.”

“Even if I have personally not suffered an attack, just witnessing something on TV where I can relate to the person the incident occurred to, it can be just as traumatic,” she said. “It doesn’t have to be me working at a (spa) in Atlanta… I can experience what we call vicarious traumatization.”

Fu explained someone who experiences trauma can suffer from a range of issues, including diagnosable mental illnesses like anxiety, depression and post traumatic stress disorder as well as physiological issues such as prolonged lack of sleep, eating issues and high blood pressure.

Chung said she personally felt the impact of Tuesday’s shootings.

“As minorities, we understand the perspective that is put upon us when white supremacy is the framework of how everything’s built,” she said. “So, it’s a shared trauma and it’s a shared burden.”

The Atlanta-area attacks follow a rise in anti-Asian violence amid the coronavirus pandemic, which also signals a larger trend of violence against Asian women. From March 2020 to February 2021, Stop AAPI Hate, a group that tracks discrimination and xenophobia against Asian Americans and Pacific Islanders, received 3,800 reports of anti-Asian hate, with women reporting hate incidents 2.3 times more than men.

Stereotypes and hyper-sexualization of Asian women are factors in what drives harassment and violence against them.

In a 2008 paper, White Sexual Imperialsm: A Theory of Asian Feminist Jurisprudence, Sunny Woan wrote that “white sexual imperialism, through rape and war, created the hyper-sexualized stereotype of the Asian woman. This stereotype in turn fostered the overprevalence of Asian women in pornography, the mail-order bride phenomenon, the Asian fetish syndrome, and worst of all, sexual violence against Asian women.”

It’s “the sort of thing that can be passed off as a joke and as harmless, but it’s really not,” she said. “A lot of these men have an Asian fetish and will say, ‘Oh I have yellow fever’ or ‘I’ve never been with an Asian woman before, you’re so exotic.’

“A lot of times it walks that line where it’s very uncomfortable and you feel targeted but you don’t feel like you’re in physical danger, but sometimes they get a little too close… and you wonder, am I going to end up murdered in a ditch? Are they going to try to rape me?”

Liwag Dixon recalled a specific incident when she was walking to get into an Uber and a crowd of college-aged men cornered her on the street and used racial slurs and sexually inappropriate language.

“I was very scared for my safety,” she said.

Chung, a singer, was bombarded with comments about her identity and appearance when she started posting videos to YouTube in 2007.

“There was a lot of messages and scary videos people would send me that had nothing to do with me personally, per se, but attacking me as an Asian or bringing up things that had to do with how I look, how I sounded,” she explained.

Liwag Dixon said sometimes these stereotypes are viewed as “positive,” which is harmful.

“They’ll say, ‘Well you should be flattered… for this attention that I’m giving you,’ ” Liwag Dixon said.

“The stereotypes that are put on like Asian women, especially with our bodies… we’re seen more as products rather than people,” Chung said.

The role of racism

“The shootings happened under the trauma of increasing violence against Asian Americans nationwide, fueled by white supremacy and systemic racism,” the statement read.

Georgia law enforcement indicated the crime was motivated by sex, not race. But Elizabeth Kim, the chief operating officer of Restore NYC, a nonprofit that works to provide housing and economic solutions for survivors of trafficking, said such determinations are premature.

“It’s not an either-or proposition. The racism and the misogyny and the violence are very much intertwined,” she said. “I wouldn’t say we should pivot to say it is a crime only in sexual nature and not of a racial nature and vice-verse.”

The shootings “absolutely” make Chung fearful of her personal safety.

“You feel rage and you feel sadness and you think like, what can I do? And also, will it make a difference or will it make me a target?” she said. “You can’t really relax.”

How to cope with trauma

Fu said speaking about trauma can be important to cope as it helps someone feel supported and validated.

For those experiencing trauma, Fu suggested:

1. Know it’s not you. “Racism and discrimination chip away at our inherent sense of worth,” she said.

2. Make your safety paramount. “If provoked or attacked either online or in person, try your best to take a moment and decide how you want to engage,” she said. “Your physical safety and emotional sanity are the most important.”

3. Join communities. During the pandemic, online communities are a way to connect with “like minded folks for support.”

4. Process your feelings with trusted friends, family or therapist. “Ideally, someone who understands and empathizes with your experience specifically as it relates to racism and discrimination.”

5. Do things that bring you joy. This can include “unabashed self-care” or activities like cooking and dancing.

6. If you have the energy or capacity, find a purpose. This could be donating to a cause, organizing and advocating.

For allies wondering what you can do to help, we’ve compiled a list of key ways you can aid the Asian communities.