Australia's Home Affairs boss says the government should start manufacturing and stockpiling critical materials to prepare for future national emergencies as a result of climate change and further disruptions to international supply chains.

Home Affairs secretary Mike Pezzullo told the Royal Commission into Natural Disaster Arrangements that for future emergencies, including natural disasters such as fires or floods, pandemics or even cyber attacks, it would be dangerous to rely on international supply chains, not only for firefighting equipment and materials, but also items like hand sanitizers. 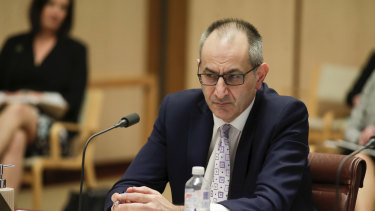 “Independently of bushfires I think COVID has created a circumstance where we need to seriously think about both domestic manufacturing, in limited and targeted ways, sovereign capability and yes, stockpiles for those geostrategic and geoeconomic reasons,” he said.

Mr Pezzullo also made the case for better preparation for disasters with a greater scope for national decision making.

“I don't want to be glib about this, but it's no different from sport or any other endeavour in life,” he said.

“The more preparation you do, the more planning and training you do, the better off you are on the day. Although obviously you need to adjust on the day.”

He said governments and bureaucracies should not “slavishly” follow doctrines and rehearsed plans, but they would benefit from having them in place and “driven from the top down.”

Mr Pezzullo said, if he had a time machine, he would like to go back to last August and see a body such as the national cabinet, created to address the COVID-19 crisis, to receive detailed briefings about the potential threats and the state of preparedness. 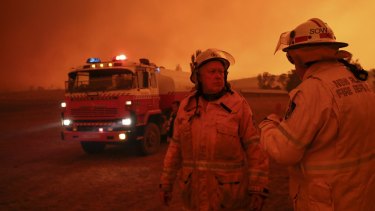 The royal commission heard that the government should start stockpiling for future bushfires. Credit:Alex Ellinghausen

“[I’m] going to take a little bit of a gamble here and think that the Prime Minister and the Premiers and the Chief Ministers would want to hear directly from the officers, not secretaries of departments, the actual officers themselves. They get a briefing and they say ….. how bad could it get in terms of concurrency of events, cross-border, how are we going for fleets, retardant, do you have enough bombers?”

He said the states and territories would, in effect, pool their sovereignty as well as their resources.

The federal government was criticised for what some saw as a slow response to the fires over summer, with Prime Minister Scott Morrison singled out for taking leave at the height of the disaster.

During the Royal Commission hearings interstate agencies have also been criticised for their lack of coordination.