Property prices in Australia may be as much as 50 per cent above what an average household can afford as interest rates rise, a global analysis has revealed while warning the market is at risk of a major crash as interest rates are pushed up to bring inflation under control.

In a report on housing stability and affordability, the International Monetary Fund said Australia’s property and rental markets are some of the most “misaligned” in the developed world. 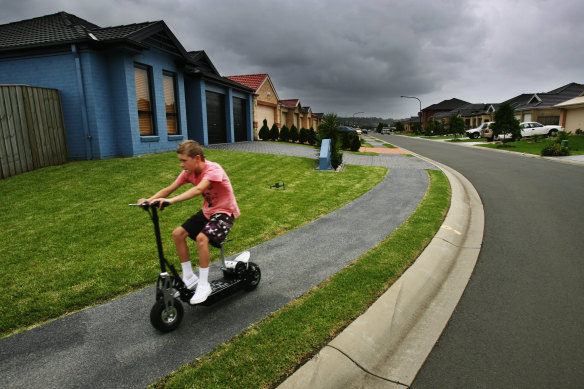 Australia has one of the most “misaligned” housing and rental markets in the developed world, leading to high priced land and houses.Credit:Louie Douvis

The combination of high prices on top of sharp increases in mortgage interest rates mean the average Australian household needs to spend more than 40 per cent of disposable income to afford a median-priced house.

During the pandemic, median house prices soared by more than 30 per cent across the country as prospective homeowners took advantage of record-low interest rates and government handouts to first time buyers.

Prices have fallen in Sydney, Melbourne, Hobart and Canberra, with most analysts expecting prices to edge further down during 2023.

Rents nationally are climbing at their fastest rate in a decade and are expected to accelerate. Australia’s rental vacancy rate set an all-time low of 1 per cent in November.

The IMF examined what it termed the “misalignment” of the property market, comparing the long-term ratio of incomes to house prices and rents.

In Australia’s case, prices on one measure were 30 per cent above their long-term average while rents were more than 40 per cent beyond their long-term norms. This put Australia alongside New Zealand, Canada and Hong Kong as the most misaligned property markets in the world.

On another measure, which attempts to remove the economy’s impact on the property market, Australia’s housing prices are the most misaligned in the Asia-Pacific region, with rents the second worst behind New Zealand.

According to the IMF, this meant the Australian market was at particular risk of a “sizeable” fall in prices as the Reserve Bank pushed up interest rates.

“Our model-based analysis shows that a high magnitude of price misalignment, when combined with the impacts of high policy rates, can lead to a sizeable price correction, nearly comparable to past episodes of housing busts,” it found.

“Misalignment in housing prices, combined with the expected rise in interest rates as central banks normalise monetary policy, suggests a significant risk of a correction in housing prices.”

The Reserve Bank has repeatedly noted that higher interest rates are likely to crimp the spending of households in the coming year.

Interest rates as a proportion of household income reached 6 per cent in September after falling to a 30-year low of 4.4 per cent at the end of March.

It is now at the same point it was in September 2019. The ratio is expected to climb sharply due to the Reserve Bank’s interest rate rises through October, November and December as well as the high number of home buyers with fixed rate mortgages having to pay for more expensive loans next year.

The IMF said there had been a “disproportionate increase” in housing prices across the Asia-Pacific region for a prolonged period, hurting younger people and putting local economies at risk.

“Excessive housing price increases affect people at all levels of social and economic development and create growing challenges for young and even middle-income households,” it said.

Last week, the federal government released the draft legislation for its $10 billion Housing Australia Future Fund. The fund is expected to return about $500 million a year that will be spent on social housing, including for women and children leaving domestic violence, affordable housing for frontline workers such as police and nurses, and on the repair and upgrade of housing in remote Indigenous communities.

The government has also started work on its Housing Accord under which it is aiming for the construction of one million homes between 2024 and 2029.

Housing Minister Julie Collins said the government was committed to dealing with issues around the housing market.

“It’s been clear for a very long time that housing supply and affordability is one of our country’s biggest challenges – the key difference now is we have a federal government that is seriously facing up to the challenge,” she said. 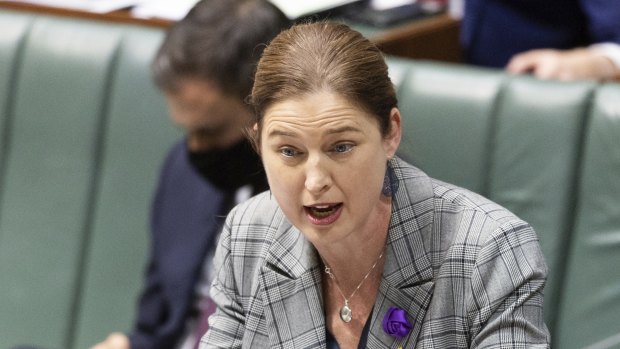 “We know there is no silver bullet to fix these problems overnight, but I’m really pleased that in the first few months of the Albanese government we’ve shown we can bring parties together to seriously address these issues.”

The IMF said governments and central banks had to look at a range of policies to bring property markets back into alignment with economic fundamentals.

It said construction of social housing, tax system reforms, targeted macroprudential rules such as restrictions on lending, and the overhaul of planning and land use laws should all be considered to help improve housing affordability.