Lauren answered fans’ questions on her Instagram story Thursday, and one person wrote in asking if they’d chosen the baby’s name yet. "We’ve had her name picked out since Christmas!" Lauren wrote atop an ultrasound photo. "We think it’s beautiful and unique. We’ve never met anyone with her name."

She may not have shared the name itself, but Lauren’s definitely building curiosity among fans. A name that neither of them has ever met someone with? Aside from the intrigue surrounding it, that also brings up the question of how they heard of the name in the first place.

Lauren also answered a number of pregnancy and baby-related questions. Nothing was too personal, either — she answered a fan’s question about whether she and Arie had been "planning" to get pregnant before their January wedding.

"We wanted kids soon after we were married," Lauren explained. "My friends told me it would probably take a while so we stopped being all that careful and then, SURPRISE!" 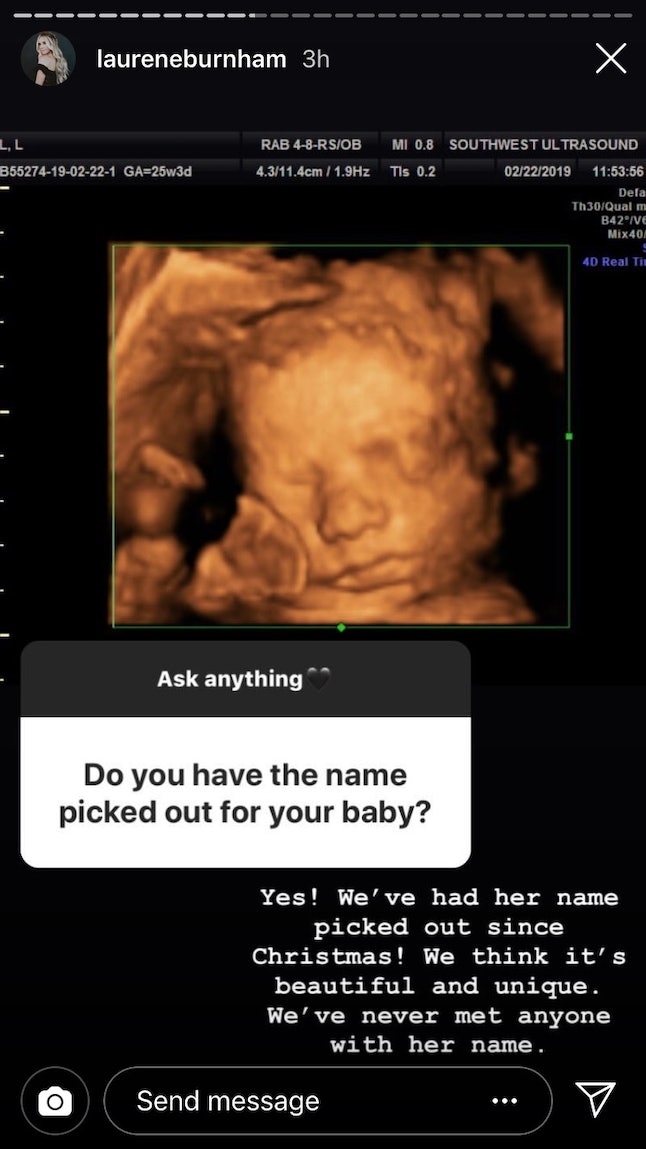 And some fans are already thinking ahead for the couple’s future. One person asked Lauren if she and Arie plan to have more kids after welcoming their first baby, and she answered "YES" in all caps, along with a smiley-face emoji. 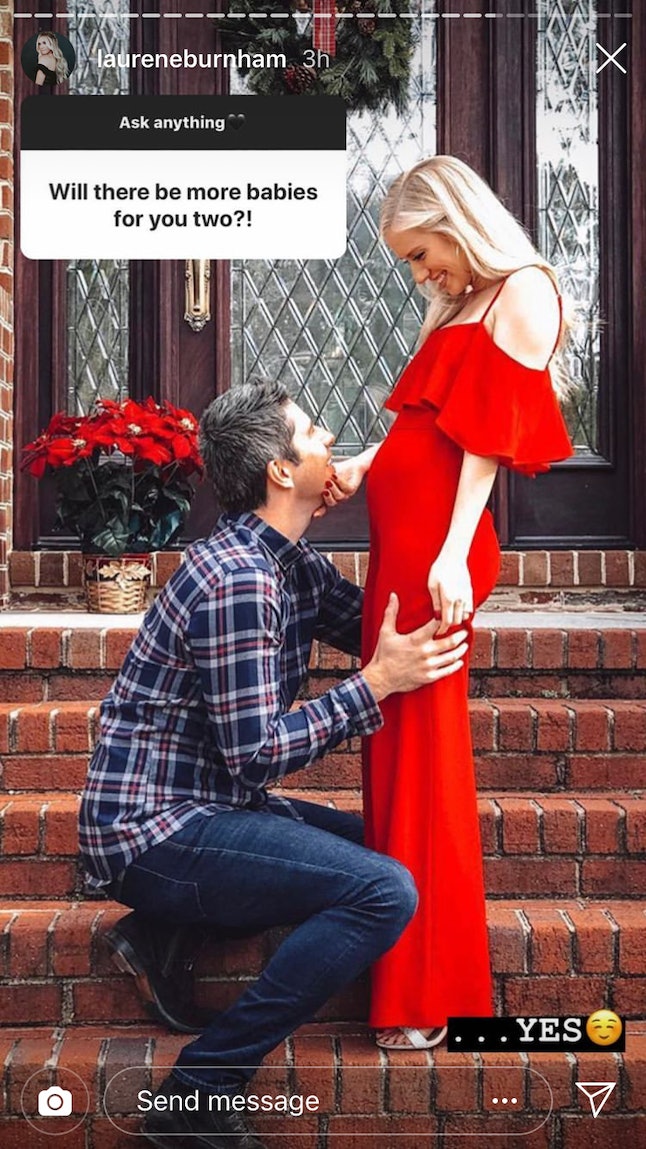 And while the couple would probably like to leave The Bachelor‘s drama far behind them, Lauren also answered a question about the situation. One person wrote in to ask why she decided to "take Arie back," and Lauren gave a thoughtful and honest response.

"In my heart it was always us that were supposed to be together," she wrote. "I held back my true feelings until the last day & that’s what he needed to hear from me. True love takes patience and understanding and it’s worth fighting for." 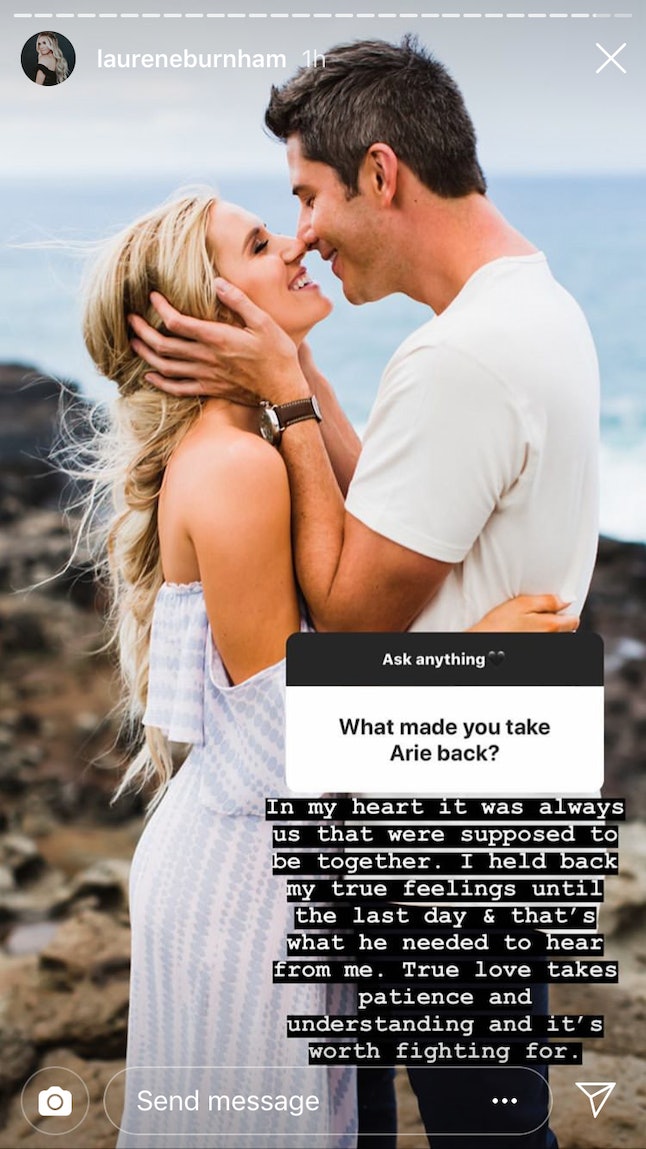 Arie and Lauren are having a baby girl, the couple shared in January. They got married the same month, and they mentioned their child during the ceremony. "I see it all — our little girl running around the house, our family together, being there for you when things get hard, getting and old gray together, even though I have the gray part already covered," Arie said in his vows, according to Us Weekly. In Lauren’s vows, meanwhile, she said that they’ve "always been on the same page about everything," the magazine reported.

The two of them seem to be adapting to their new life together super well, and it sounds like they’re more than ready for what parenthood has in store. Now that Arie’s The Bachelor season is over, things seem incredibly drama-free for the two of them. They can just focus on preparing for their daughter’s arrival, without any cameras rolling. And what they choose to share about their family will be on their terms.