‘This programme is so pure my heart hurts!’ Bake Off’s Jon stepped in to help when Ruby ran out of time to make her chocolate sauce during dessert week – and fans loved it

Bake Off viewers have gushed over the touching moment a contestant helped his competitor to get her dessert finished.

Last night’s episode of the cookery competition was dessert week and bakers were challenged to create a chocolate dome which, when a sauce was poured over would reveal a second pudding on the inside.

But thanks to the soaring temperatures many of the contenders struggled to keep their chocolate spheres in one piece, including Ruby Bhogal.

The project manager struggled to complete her pud when white chocolate exterior of her showstopper cracked, however, fellow baker Jon was on hand to help rushing to her aid by producing the sauce on her behalf. 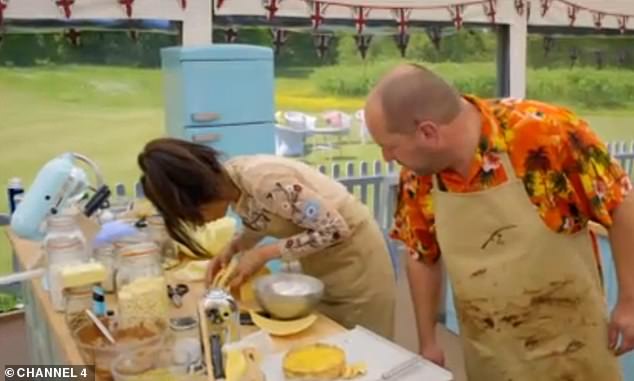 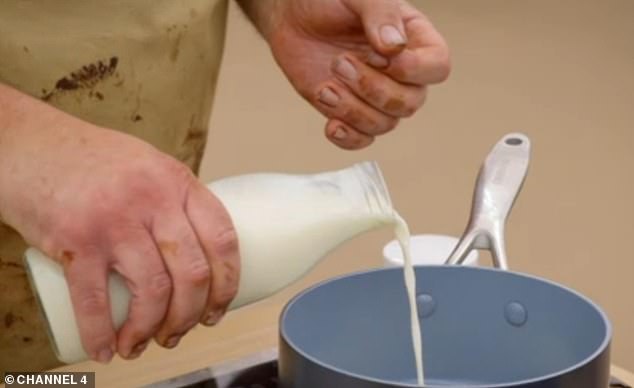 Viewers were left touched by his selfless act, crediting the moment for ‘restoring their faith in humanity’.

Dessert week saw the eight remaining bakers set a series of challenges with the showstopper challenge proving the most tricky.

‘I am basically doing a golden egg sitting inside a birds nest,’ Ruby told the judges about her Showstopper.

‘Inside you’ll have a sweet short-crust pastry base, pistachio crumb, white chocolate coconut ganache and a passion fruit curd with a mango meringue on top.’

But the baker set herself an additional challenge by opting to use white chocolate over dark, which has a lower melting point.

Viewers were extremely touched by Jon’s selfless act, claiming that it had restored their faith in humanity

When prising the chocolate sphere from the mould it cracked, leaving Ruby little time to make the sauce for her pudding.

Noticing her struggle Jon, who was creating a ballet themed dessert inspired by his daughters, came to assist, following her recipe for the chocolate sauce.

After Ruby thanks him Jon adds: ‘Don’t even say thanks we haven’t got time.’

Following the programme viewers took to Twitter to praise Jon for his ‘pure’ act.

One wrote: ‘Jon helping Ruby on @BritishBakeOff just resorted my faith in humanity’.

Agreeing another added: ‘Jon helping Ruby with her sauce, this programme is so pure my heart hurts.’ 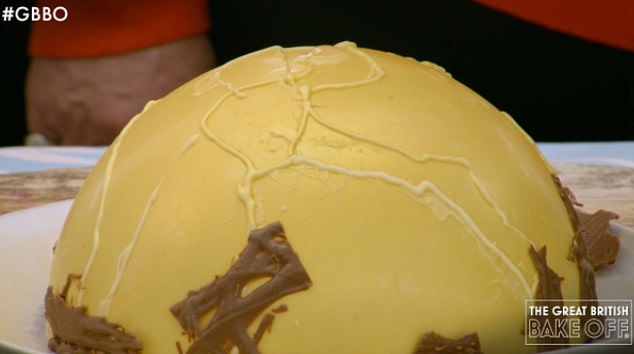 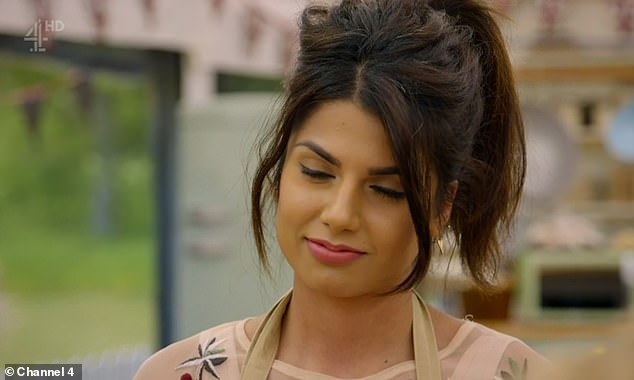 A third gushed: ‘One of the many things I love about #GBBO is even though it’s a competition every series the contestants help each other out, none more so than John just going above & beyond to help Ruby, it’s a great example of how we should live’.

Despite the summer heat providing plenty of challenges for the bakers last night, in a twist none of the contestants were sent home.

The judges felt it would be unfair to send somebody home without Terry, who was off sick this week, absent.

However, eagle eyed viewers noticed that due to an editing fail the moment was revealed early when Rahul was having his showstopper judged.

For a split second the camera panned to the contestants celebrating making it through another week before approaching the judge’s bench. 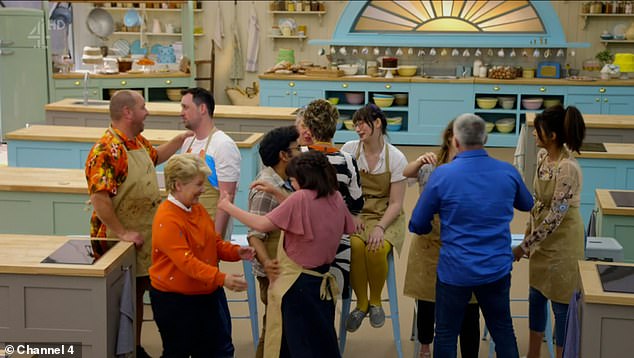 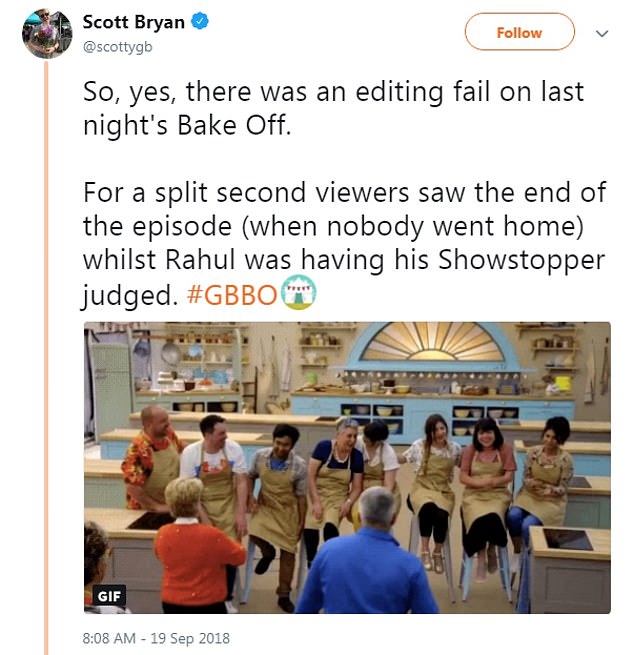 However, eagle eyed viewers noticed that due to an editing fail the moment was revealed early when Rahul was having his showstopper judged