Mea culpa. Barbara Corcoran apologized after she received backlash for a joke she made about Whoopi Goldberg during an appearance on The View.

‘The View’ Cohosts Through the Years and Why They Left

“I just came back from The View and saw my old friend Whoopi. As you well know, she has a phenomenal sense of humor, and I’ve known Whoopi for years,” the Shark Tank star, 72, said in a Twitter video posted on Thursday, October 7. “I made a joke at Whoopi’s expense, which I now realize wasn’t funny. For anyone who I may have offended unintentionally, I just wanted to say I really am very sorry.”

The businesswoman found herself in the middle of a controversy during Thursday’s episode of The View while discussing Good American cofounder Emma Grede’s line of denim and her stint as the first Black female guest shark. Goldberg, 65, noted that she needed to try the product, adding, “Will they fit this COVID [butt]?”

Whoopi Goldberg Through the Years

View cohosts Sunny Hostin and Ana Navarro assured the EGOT winner that the pants would fit. Corcoran then weighed in, quipping, “And when you get finished with those jeans and decide you don’t like them, give them to me. I’m gonna make two pairs.” 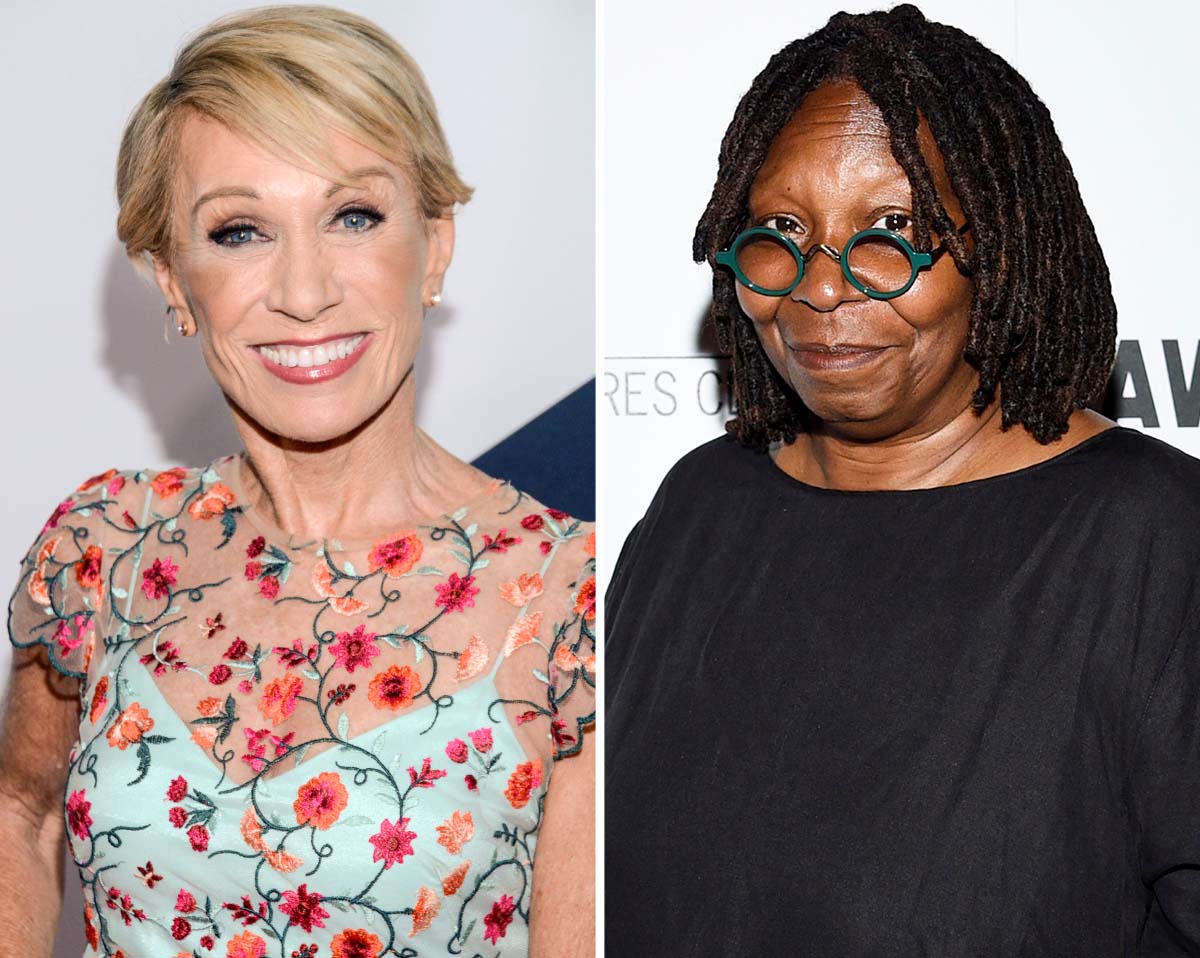 The comment led to “boos” from the audience and a swift defense from Navarro, 49. “Whoopi, let me just tell you something. Both Sara Haines and Jill Biden wore that dress already on TV,” she retorted, referring to Corcoran’s outfit.

Navarro added: “Donald Trump Jr. tried that on me. It didn’t work! No no no.” (Trump Jr., 43, tweeted about her weight after her September COVID-19 scare.)

The Biggest Talk Show Controversies and Feuds Ever

The View made headlines last month when the political strategist and Hostin, 52, were removed from the set mid-broadcast ahead of Vice President Kamala Harris’ scheduled in-studio appearance. The cohosts were informed that they had tested positive for coronavirus.

“Since this is going to be a major news story any minute now, what happened is that Sunny and Ana both apparently tested positive for COVID. No matter how hard we try, these things happen,” Joy Behar told viewers. “They probably have a breakthrough case and they’ll be OK, I’m sure, because they’re both vaccinated up the wazoo. A lot of vaccines.”

However, Behar, 79, shared days later that Hostin and Navarro received false positive results. “Everyone is safe, healthy and COVID-free,” she said. “No one’s got it. It was a mistake of some sort.”