Ben & Jerry's is handing out the freebies in four cities as it campaigns for the Government to give asylum seekers the right to work. 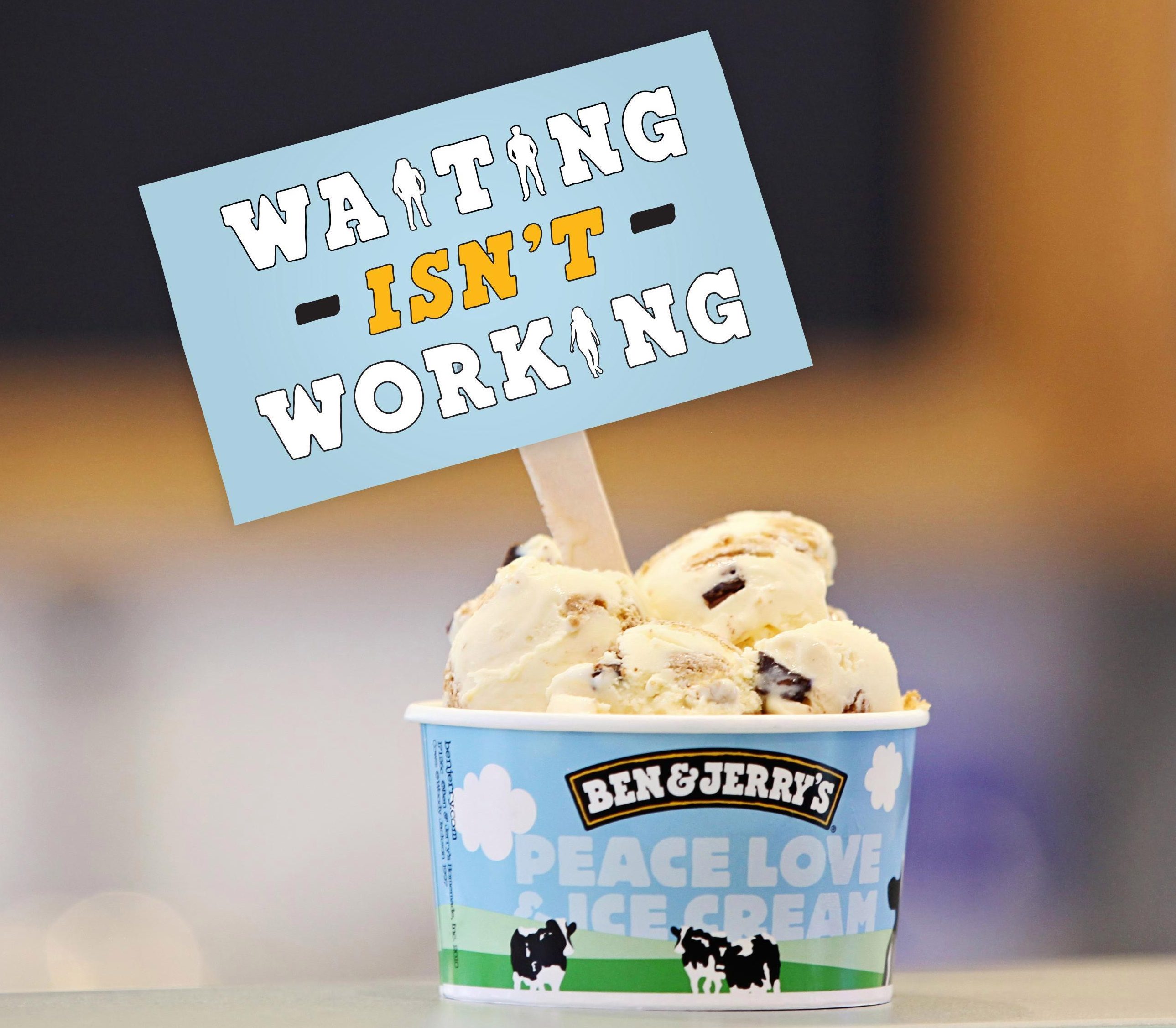 If you spot a Ben & Jerry's ice cream van in your city, you can ask for free scoops of its most popular flavours.

The flavours include Cookie Dough and Chocolate Fudge Brownie. All of Ben & Jerry's ice creams are made with Fairtrade ingredients.

The vans will also be handing out free hot chocolates made with the company's Chocolate Fudge Brownie ice cream.

But only ice cream lovers in London, Leeds, Cardiff and Exeter will be able to take advantage of the deal as the tour is only coming to four locations.

Here's where you can pick up free ice-cream next week:

The generous handout is to raise awareness of the ice cream brand's "Waiting Isn't Working" campaign for asylum seekers to be able to work in the UK.

A survey by the Lift the Ban campaign found that 94 per cent of asylum seekers would work if they could but under the current system, they can't legally.

Asylum seekers are people who flee their country as a political refugee, often because of war or brutal regimes that would torture or kill them if they stayed.

It can take up to six months for asylum seekers' claims to stay in the UK to be approved or rejected, according to the Home Office, and charities say this prevents refugees from being able to provide for their families or integrate into communities.

Rebecca Baron, Ben & Jerry’s UK social mission manager, said: “We love to get out on the road to connect with our fans over a scoop and dig a little deeper on important issues.

"If we can mobilise the huge numbers of people already in support of giving people seeking asylum the right to work then together we can drive a historic change. There’s no time to waste.”

Stephen Hale, CEO of charity Refugee Action, said: “Giving people seeking asylum the right to work would give more opportunity and dignity to people seeking safety, by allowing them to provide for their families and give back to their new communities."

A petition by Ben & Jerry's asking the Government to let asylum seekers work will be handed to the Government, which is currently developing its Immigration Bill.