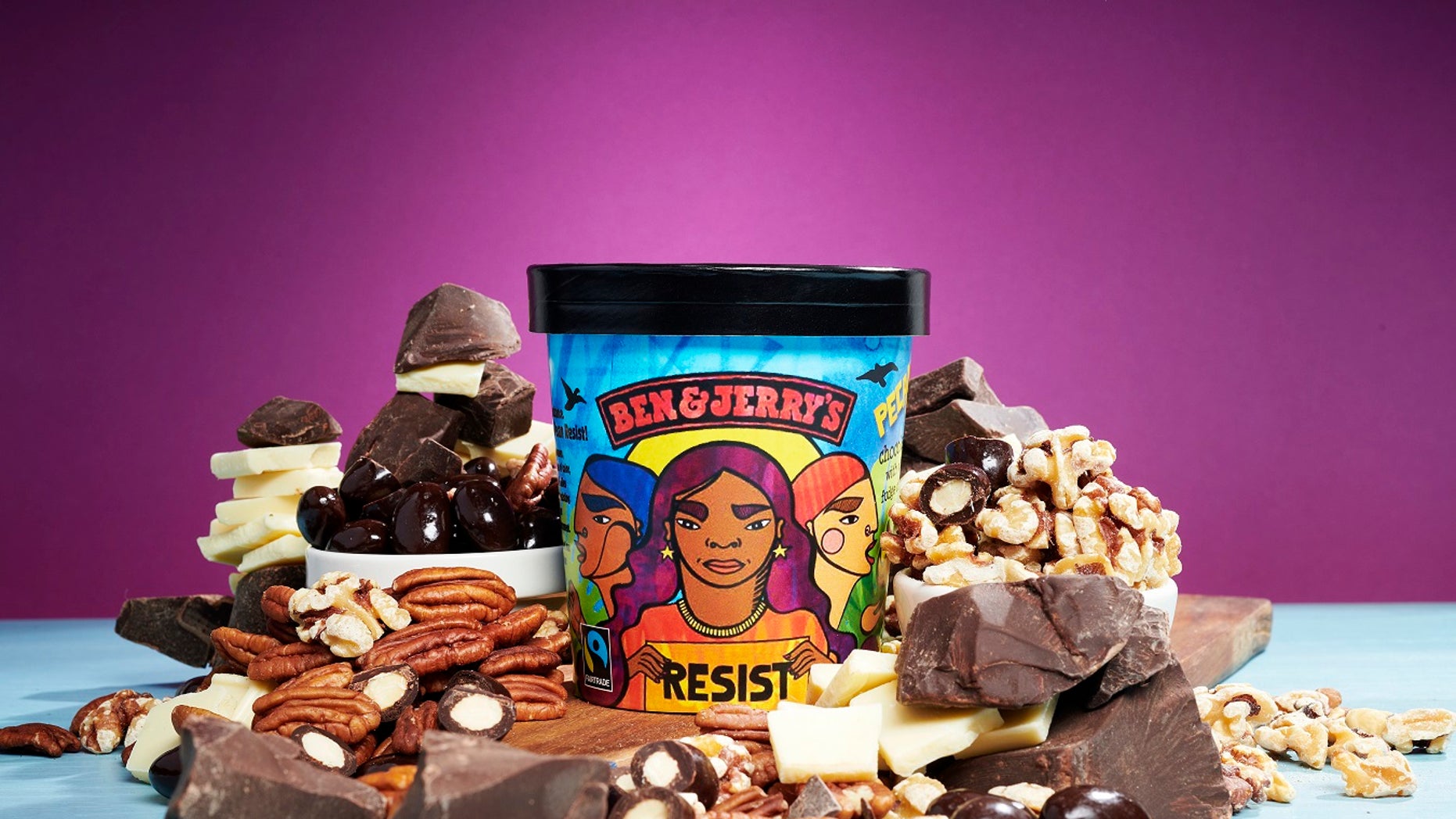 Ben &amp; Jerry’s is using the ice cream to take a stance against the Trump administration.
(Ben & Jerry’s via AP)

Ben & Jerry’s is using ice cream to express its disapproval of the Trump administration.

The Vermont based ice cream maker has rebranded one of its flavors as “Pecan Resist,” with a featured design on the pint created by California-based activist and artist Favianna Rodriguez.

“Ben & Jerry’s feels that it cannot be silent in the face of President Trump’s policies that attack and attempt to roll back decades of progress on racial and gender equity, climate change, LGBTQ rights, and refugee and immigrant rights – all issues that have been at the core of the company’s social mission for 40 years,” the company said in a statement Tuesday, the same day it unveiled the limited edition flavor in Washington, just days before the midterm elections.

“Welcome to the resistance,” the message reads. “Together, Pecan Resist! We honor & stand with women, immigrants, people of color, & the millions of activists and allies who are courageously resisting the President’s attack on our values, humanity & environment. We celebrate the diversity of our glorious nation & raise our spoons in solidarity for all Americans.”

In addition to the limited batch flavor, the company is also giving $25,000 to various activists groups, such as the Color of Change and the Women's March.

The rebranding elicited a variety of response on social media. 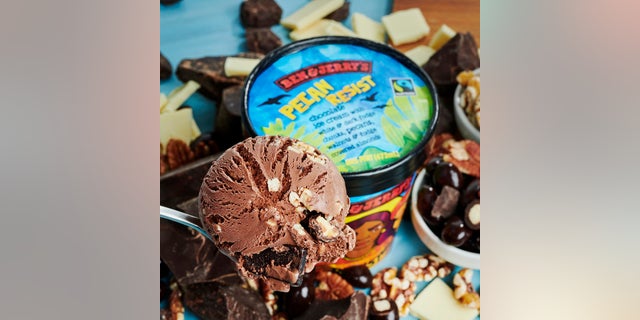 The pint’s design was created by a California-based artist.
(Ben & Jerry’s via AP)

“I am going to buy every single one I find,” one commenter wrote in support.

“I’ll be happy to buy a pint or two, or maybe the whole selection from my local grocer. I love seeing a company that stands on the right side of history,” another added.

But many expressed discontent with the ice cream company.

“You have a right to your opinion but I will never purchase your products again and will tell everyone I know to do the same!” one person wrote.

“Today you lost millions of customers. You would think you guys are more informed about the truth and not political lies,” another echoed.

This isn’t the first time Ben & Jerry’s has used ice cream to take a political stance.

In 2015, to celebrate the legalization of same-sex marriage in the U.S., the ice cream maker relabeled its Chocolate Chip Cookie Dough ice cream to “I Dough, I Dough," while Ben Cohen and Jerry Greenfield — the company’s founders — were arrested for protesting for campaign finance reform at the U.S. Capitol in Washington in 2016.

“Our goal is to use our company’s voice, our ice cream, and our activism to encourage all Americans to support and help build these movements which counter the current regressive agenda. We think it’s more important now than ever that citizens and businesses alike stand up and be counted,” Ben & Jerry’s CEO Matthew McCarthy said in a statement.