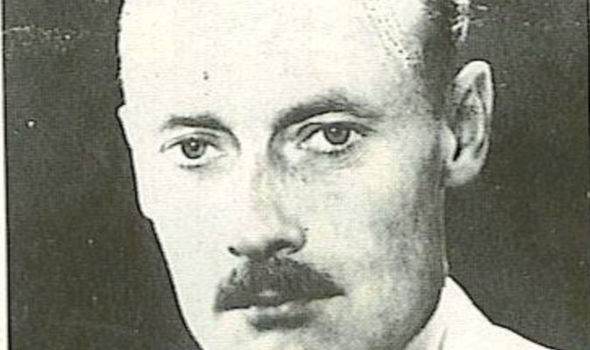 Born in 1903, the son of a Royal Navy officer, public school educated and a graduate of Sandhurst, the elite Army officers training college, he came from the ideal background. He had originally joined The King’s Own Regiment but transferred to the Royal Air Force around 1926 and qualified as a pilot. In 1931, still only 27, Freeman left the RAF and settled down as a gentleman farmer in the Forest of Dean. But by the time he was conscripted back into the RAF in January 1940 as a transport pilot during the so-called Phoney War, he harboured a dark secret. He was a committed fascist who would go on to betray his own country during its darkest hour in the most deplorable way.

I uncovered the strange, disturbing story of Pilot Officer Freeman – a British flying officer, yet a traitor to his country – during research at the National Archives in London. His background was conventional enough for a wealthy young man in the early 20s.

But when I dug a little deeper, I was astonished to learn that he had felt he was fighting on the wrong side in the war.

In 1937, as Hitler prepared for war, Freeman had joined Oswald Mosley’s British Union of Fascists which brought him to the attention of the Gloucestershire Police. On May 26, 1940, a memo was sent to the force’s chief constable from one PC Edgar Day of St Briavels station in the Forest of Dean.

According to Constable Day, “when in conversation with other persons he [Freeman] has stated that our country would be better if ruled the same as GERMANY, and he has expressed his admiration for Sir Oswald Mosley”.

Although many among the upper echelons of British society had admired Hitler’s rise to power and rebuilding of Germany, it was clearly cause for concern now that war had broken out.

The upper-class landowner had come to the attention of the local constabulary via his subscription to the BUF’s publications. Clearly, in the explosive atmosphere of the late Thirties, the police had begun monitoring recipients of the far-right party’s literature. PC Day went on to report, in the musty document still held in the National Archives, that despite his beliefs, Freeman had “re-joined the Royal Air Force and is now believed to be stationed at Farnborough”. 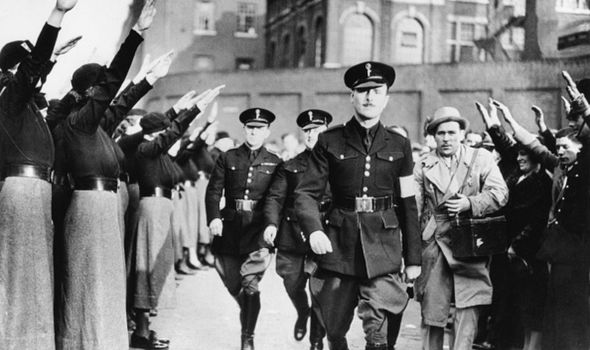 Except that by May 26, Pilot Officer Freeman wasn’t at Farnborough any more. He was in Germany, a prisoner-of-war.

He had flown to Merville in northern France with 24 Squadron on May 23, but his plane was believed to have been destroyed by German forces. The following day, he was captured.

On June 20, the Air Ministry wrote to the Provost Marshal – the chief of the RAF’s police.

The letter – marked “Secret and Personal” – reveals that: “Amongst his kit we found the attached membership card of the British Union (of Fascists).”

The RAF Police were asked to investigate, but it was too late. Freeman ended up as a POW in Dulag Luft near Frankfurt, one of the specialist camps where the Germans held Allied aircrew. And he wasted no time in making known his political views.

According to his files, fellow officers reported violent arguments with him and, eventually, the senior British officer in his camp told the German commandant he could no longer guarantee Freeman’s safety.

An MI5 file, dated October 1944, reveals British officials had been aware of what Freeman was up to.

In 1942, messages had been received about Freeman’s activities “through most secret channels”, likely to have been MI9, the section of British Intelligence responsible for liaising with prisoners-of-war.

It’s revealing that senior British officers in the POW camp were so concerned about Freeman they used this sensitive line of communication to alert the authorities in the UK to his activities.

But if the British commanders in the camp weren’t impressed with Freeman, the Germans certainly were. He was moved to Berlin and given a well-paid job as a producer at the English section of the Foreign Broadcast Department of the German Foreign Ministry where he worked alongside William Joyce – the notorious traitor “Lord Haw-Haw” – helping to write scripts for his programme, Germany Calling.

At the radio station Freeman, now using the name “P. Royston”, presented a weekly programme called JAZZ Cracks, an odd mix of jazz and “wisecracks”, which his former boss in Berlin described as being “anti-Jewish, and anti-Bolshevik, and criticisms of the British Government.”

By August 1944, it seems Freeman felt he could do more to further Hitler’s cause. His next move was even more audacious than becoming a Nazi propagandist: he now joined the Waffen SS, Hitler’s elite paramilitary force, responsible for some of the most vile war crimes ever committed.

Not that this was an opinion Freeman shared. “The SS,” he told his MI5 interrogators after the war, “has always been pro-English and anti-communist.” It is not known if or where he fought, or against whom, but his belief in the SS postwar remained inviolable.

Had he known earlier “what a sincere body, entirely pro-English” they were, he told his British interrogators, he’d have joined the Waffen SS earlier. 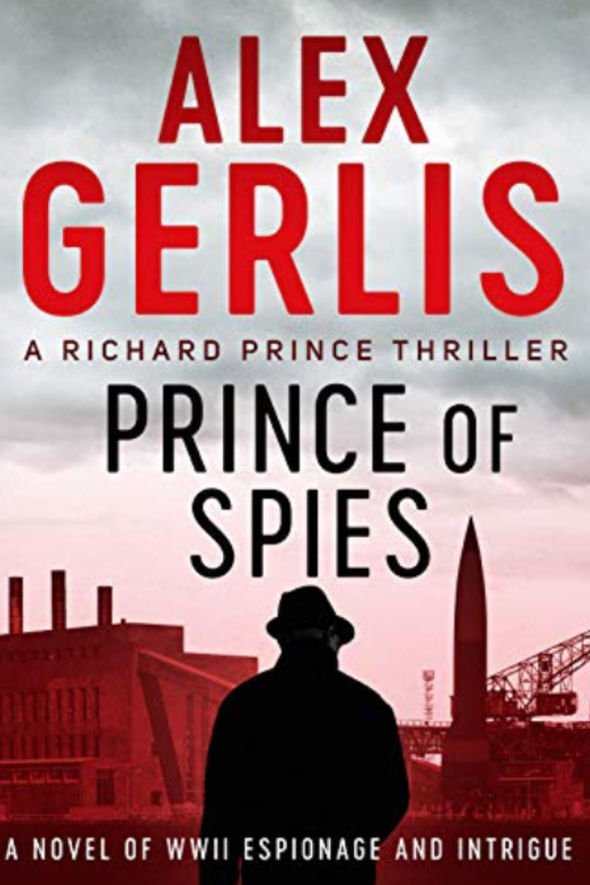 He even offered to return to Germany in an effort to contact “the leaders of this organisation which has now gone underground” so that they could assist in what he predicted would be an inevitable war between Britain “and the Russians whose aim is to control Europe”. Just in case his interrogators failed to get his message, Freeman insisted “the war would have ended long ago if Churchill, certain other leaders in this country and the Jewish financiers had been willing to fight the Bolshevik menace along with Germany”.

Freeman, it should be said, wasn’t the only British prisoner-of-war to switch sides. There were about 100 such “renegades” as they became known, some 50 of them joining the British Free Corps – a failed attempt to form a British unit of the SS.

By 1945, as the tide of war turned against the Nazis, MI5 had a “British Renegades Warning List” in operation, alerting Allied forces in Europe to the traitors to look out for. Freeman – still using the name Royston – was eventually caught and returned to the UK, where he was court-martialed at RAF Uxbridge in September 1945.

He was found guilty on three out of four charges, including serving in the Waffen SS, working for the Germans and accepting money from them.

Freeman could, and arguably should, have been sentenced to death for both of the first two charges, but instead was sentenced to 10 years in prison.

This was a remarkably lenient sentence for a traitor. Freeman was a British officer who’d not only broadcast Nazi propaganda (the crime which had cost Lord Haw-Haw his life) but had also joined the SS. One would have thought Freeman would have been relieved at not receiving the death sentence, but his arrogance was unabated.

He told his lawyer his sentence showed how “rotten” Britain was. “The Germans would have had the honesty to shoot me.”

This tone of defiance continued. In April 1947, he wrote from Wormwood Scrubs jail complaining he’d been “been imprisoned in the State’s criminal establishments and my wife has been left to her own resources”. Strangely, that is the last we hear of Benson Railton Metcalf Freeman.

If he served his full sentence, he’d have been in his early 50s when he was released in 1955. But it is as if he – and his wife Muriel – disappeared into thin air.

It is so intriguing. I based a character on him in my novel, The Berlin Spies. Going by the codename Captain Canterbury, my fictional creation Bramley Arthur Sefton Bevan is a British officer captured by the Nazis who ends up working for German Intelligence.

His actions would be almost unbelievable, were they not based on the entirely true story of Freeman. My own Captain Canterbury believed he had got away with his own treachery for 30 years until justice of a type caught up with him.

As for Freeman himself, where he was by the 1970s remains a mystery. Freedom of Information requests to both the RAF and the Ministry of Justice have failed to provide any clues as to when he was released or what happened to him when he was. I have no doubt he was a traitor. Had he secretly been working as a British double agent, that truth would have emerged by now. Maybe he had friends in high places prepared to protect him. Perhaps the truth was more prosaic than that.

He may well have been rich enough to be able to simply move to another part of the country (or abroad) and assume a new identity.

Or could it be that by this time, with the Cold War now underway, British traitors seemed less important? If any Daily Express reader has any information on what happened to Freeman I’d be most interested to know.

Alex Gerlis is the author of a number of Second World War espionage thrillers including bestsellers The Berlin Spies, The Best of Our Spies and the recently published Prince Of Spies (Canelo).