“Sesame Street’s” iconic characters Bert and Ernie have been friends for decades, but the longtime debate over their relationship just took a new turn. A former writer on the show said in comments published last weekend he considered the two to be a gay couple and based their relationship on his own. The organization behind “Sesame Street” said Tuesday that Bert and Ernie are simply best friends.

Bert and Ernie were created in 1969, becoming two of the most recognizable faces on “Sesame Street” and a symbol for friendship for young audiences around the world. For years, their relationship has been scrutinized and now a former writer for the show is adding more fuel to the idea that Bert and Ernie are gay. 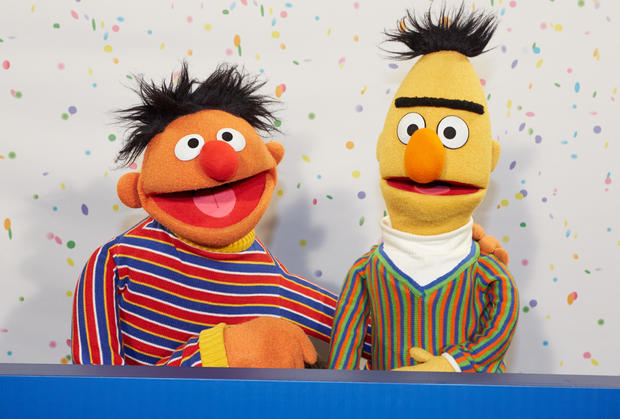 In an interview with the LGBTQ website “Queerty,” Mark Saltzman who wrote for “Sesame Street” for more than 13 years starting in 1984 said Bert and Ernie mirrored the relationship he had with his partner Arnie.

“I don’t think I’d know how else to write them, but as a loving couple,” he said. “That’s what I had in my life, a Bert and Ernie relationship. How could it not permeate?”

Those comments have reignited a debate that has lasted for years — one that came to a head in 2013. A photo on the cover of the New Yorker showed the two watching the Supreme Court’s landmark decision that declared a federal ban on same-sex marriage unconstitutional.

But in a statement, Sesame Workshop, the organization behind “Sesame Street,” refuted Saltzman’s claim writing, “Bert and Ernie were created to be best friends.”

Bert’s creator Frank Oz agreed on Twitter, “Does it really matter?…There’s much more to a human being than just straightness or gayness.”

“Sesame Street” has long been at the forefront of diversity in television. It featured a character living with HIV named Kami in 2002 and just last year introduced Julia, who has autism.

It seems Mr. Mark Saltzman was asked if Bert & Ernie are gay. It’s fine that he feels they are. They’re not, of course. But why that question? Does it really matter? Why the need to define people as only gay? There’s much more to a human being than just straightness or gayness.

“They belong to the people who create them, but they also belong to everyone else, right?” said Elahe Izadi, a pop culture writer for the Washington Post. She says people’s interpretation of these characters might go against the creator’s intent.

“People are longing to see a more accurate representation of the world in which they live… So I think it’s just touching a nerve for a lot of people who are thinking more deeply about the notion of representation and how people even talk about sexual orientation,” Izadi said.

According to a book about the history of “Sesame Street,” the relationship between the two actually could have another tie. It might possibly mirror the friendship between Frank Oz and Muppets creator Jim Henson. They performed the characters for many years.