Is this the BEST afternoon tea in the UK? Coworth Park where Prince Harry spent the night before his wedding is named as the winner at a prestigious awards

A hotel where Prince Harry spent the night before his wedding to Meghan Markle has been named as the best place to enjoy a traditional afternoon tea.

The Duke of Sussex may well have sampled the £35 high tea there as he regularly plays polo in the hotel’s world class grounds with his older brother, and it is where he stayed with his best man the night before his wedding on May 19. 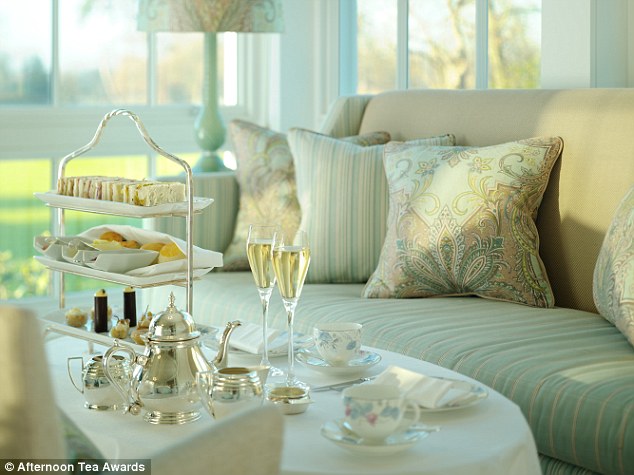 Coworth Park’s afternoon tea – a traditional and very British affair – was named the Best Traditional Afternoon Tea in the UK at the Afternoon Tea Awards. It features finger sandwiches with classic fillings, freshly baked scones, and pastries, and can also come with a flute of Champagne 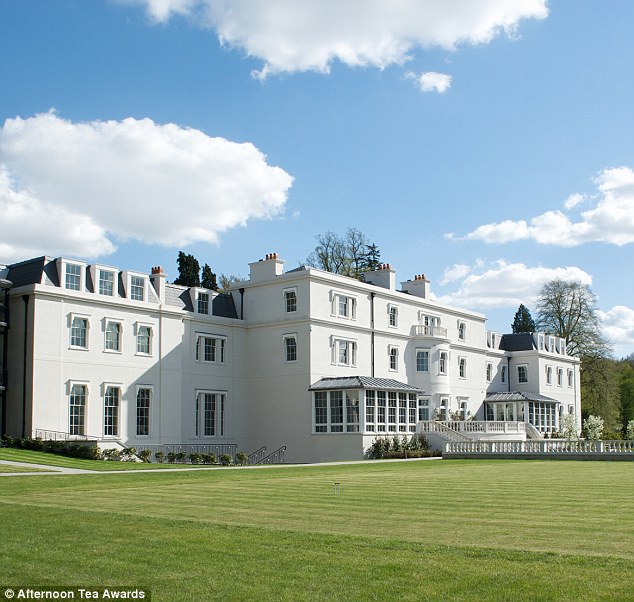 Coworth Park is a favourite of both the Dukes of Cambridge and Sussex, as it’s close to Ascot and the brothers play polo in its grounds. It’s where Prince Harry stayed the night before his wedding to the Duchess of Sussex, Meghan Markle

Described by the judges as ‘faultless, with an ambience that was lovely and intimate,’ Coworth Park’s afternoon tea is a very British affair featuring playful twists on classic flavour combinations.

The sandwiches feature egg with sunblushed tomatoes on rye bread, and a pickled cucumber and mint cream cheese morsel.

Scones are served with both strawberry and elderflower preserves, as well as raspberry jam and clotted cream.

The pastries also feature classic flavours such as a milk chocolate and salted caramel choux sweet treat, and a poppy seed and lime drizzle cake.

Served with a glass of Laurent-Perrier La Cuvée, France, NV £47

Served with a glass of Laurent-Perrier Rosé Cuvée, France, NV £55

Fig and walnut tart with thyme 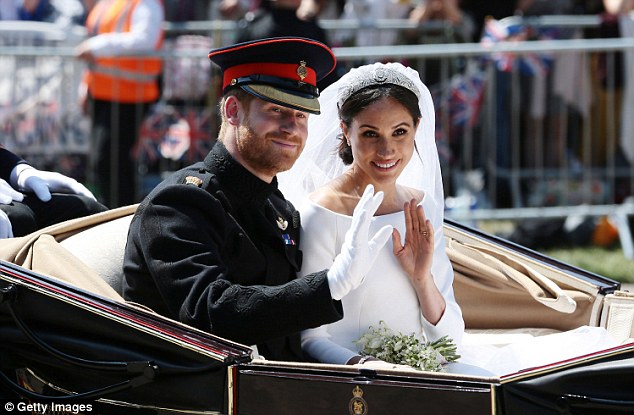 Prince Harry stayed at Coworth Park the night before his wedding, while Meghan stayed with her mother Doria Ragland at Cliveden House hotel in Taplow, Berkshire

Coworth Park is known for its ‘cheeky’ cocktail bar which is decorated on an equestrian theme in recognition of nearby Ascot, which is thought to be a hit with keen polo players the Dukes of Cambridge and Sussex.

Coworth Park describes itself as the ‘scenic route to five-star bliss’. The hotel’s website adds: ‘Coworth Park offers idyllic relaxation in many guises, from a rural detox to an indulgent, romantic escape.’

Awards of excellence were also awarded to carefully selected afternoon tea providers who demonstrated an exceptional level of service.

Keith Newton, managing director of AfternoonTea.co.uk, which is the host of the Afternoon Tea Awards, said: ‘This year our team of judges have visited venues in England, Scotland, Wales and Northern Ireland and were impressed by the high standard of Afternoon Tea being served across the country.

‘These are the only Afternoon Tea Awards to judge the entire customer experience, from arrival to departure, with a strong emphasis on food, tea and service. Over the past year chefs have demonstrated flair and creativity with their Afternoon Tea menus.

‘Combine this with high levels of service and Afternoon Tea continues to be the perfect experience for all occasions.’