Here’s a fact: on Jan. 17, 2018, The Hollywood Reporter published a piece in which Grey’s Anatomy star Ellen Pompeo revealed she’d recently negotiated a deal to earn over $20 million a year. Another fact: Less than two months later, on March 8, it was announced (to much surprise) that Pompeo’s longtime Grey’s co-stars, Jessica Capshaw and Sarah Drew, would be leaving the show at the end of Season 14. Not a fact? That Pompeo’s raise (purportedly too expensive to allow production to pay for Capshaw and Drew’s salaries) was the reason the actors were being written off the series. Yet the unsubstantiated rumor took hold, and fans everywhere are still unfairly blaming Grey’s titular star for her colleagues’ dismissals. Yeah, not cool — and now Pompeo is making it clear that she’s most certainly not letting it slide.

When the news about Drew and Capshaw’s exits first was revealed, Pompeo says she was taken by surprise just like the rest of us. "I was shocked, because it came out of left field," she tells me, speaking at an event for Young Living Essential Oils’ new Seedlings line in May. "I was in the middle of a workday, and I was shooting a scene. So I sort of learned about it and was like" — here, she makes a classic "whaaaat?" expression — "and then came this backlash about the article. I felt attacked right away."

Immediately, Pompeo explains, she was "put into a defense mode," due to the angry fans accusing her of causing their favorite characters to leave Grey’s. "It was really challenging because I, in trying to figure out what was going on and show compassion for my coworkers… felt like I had to defend myself, which was detracting me from paying attention to my friends — which was really what I needed to be doing, focusing on them," she explains. "So it was a lot of unnecessary noise that we didn’t really need."

And the noise kept going, even after Pompeo and Grey’s showrunner Krista Vernoff both attempted to shut down the rumors on Twitter; Pompeo even went on Ellen to explain the truth behind the actors’ exits ("the writers have a really hard time creatively thinking up new stories for all these characters," she explained). No matter what the people actually involved in the decision had to say, the idea that Pompeo was directly responsible for Capshaw and Drew’s exits persisted. Says the star, "[It] really honestly made the situation worse for me."

Even more upsetting, though, was the nasty rhetoric — which suggested Pompeo was selfish, entitled, and greedy for asking for more money — that took over Twitter and affected not just her, but her departing co-stars, as well. "The bullying that went on on social media was so deplorable and so disgusting," Pompeo says now. "It wasn’t really cool for those girls, even though [fans] think they were defending them, and they think they were coming to their rescue. Let me tell you something — those two girls are badass women. They don’t need a bunch of 13-year-olds coming to their rescue. It’s very nice that people are that passionate about the show, but those two chicks are amazing warriors, talented, beautiful, supermoms that can do anything. And [fans] just created a whole bunch of unnecessary tension and noise." 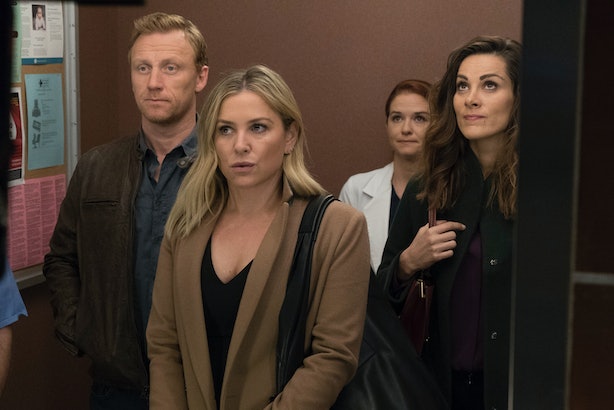 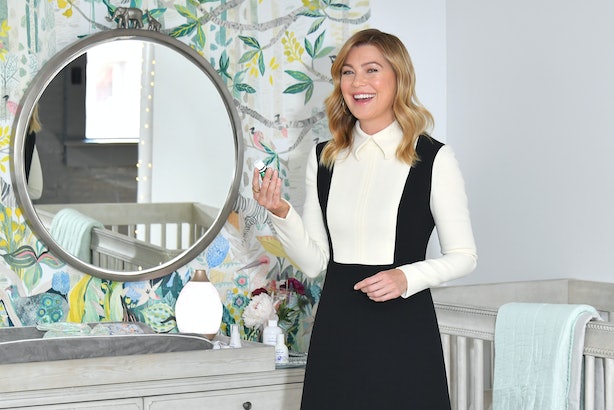 And besides, Pompeo has a lot else to focus on now anyway. There’s her acting work on Grey’s, of course, which includes preparing fans for the May 17 season finale ("it’s classic Grey’s, devastating with a smile at the end… it’ll rip your heart out and then give you a hug," she hints), but also her time as a producer, director, and mom of three, including a baby born in 2016. With all that on her plate, Pompeo doesn’t have time for your nonsense — but if you bring it, you better prepare for her to fight back.