Scarlett London, 24, was paid by Listerine to post a picture of her perfect morning, sitting on a bed, drinking tea, surrounded by heart-shaped balloons with the mouthwash on her bedside table and a pile of “pancakes” beside her. 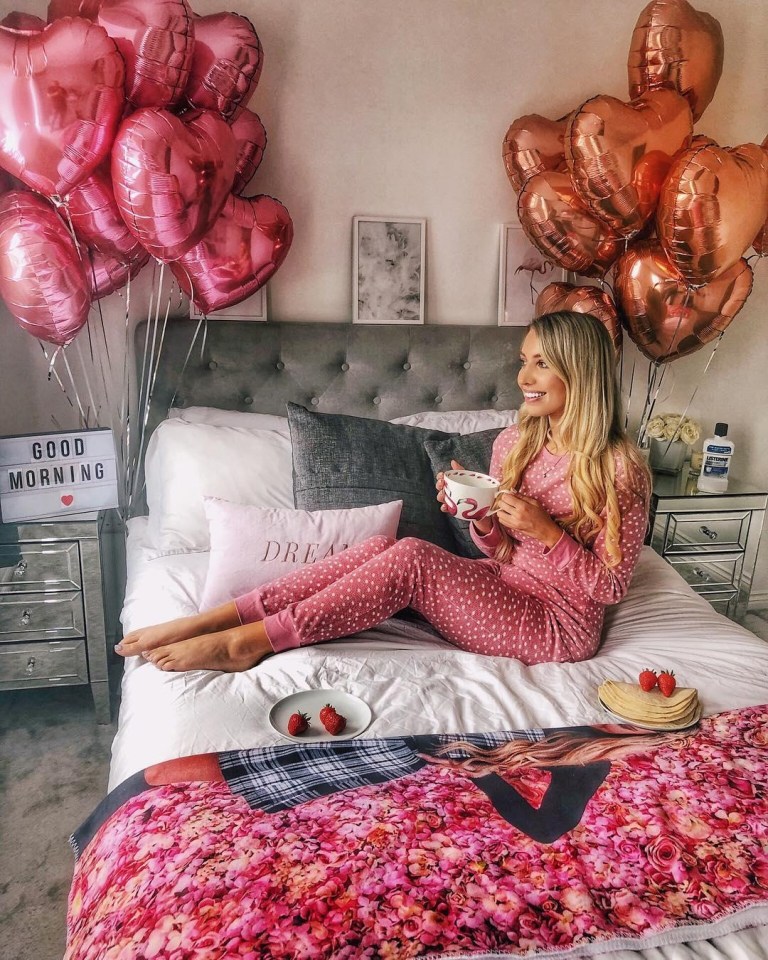 She posted the snap with the caption: “The best of days start with a smile and positive thoughts. And pancakes. And strawberries. And bottomless tea.”

But people soon noticed that the “pancakes” were actually a stack of tortillas, and the cup was empty.

The blogger, from London, was inundated with messages accusing her of being “fake” and cruel trolls even told her to kill herself.

Scarlett told Femail that she was flooded with messages, “many to the effect of that I’m a danger to young women and should suffer, I should be stopped, I should suffocate on the balloons, I should kill myself because of how pathetic I am. But if I’m totally honest, those were the more tame of the bunch.” 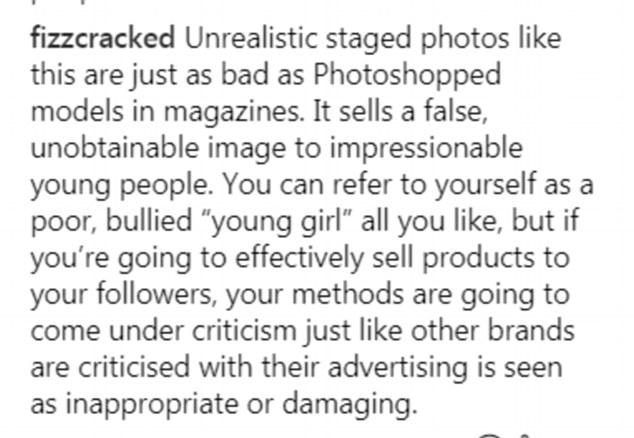 Scarlett’s photo went viral after  it was shared on Twitter with the caption: “F*** off this is anybody’s normal morning. Instagram is a ridiculous lie factory made to make us all feel inadequate.”

His post got 89,000 likes and many more comments flooded in.

One wrote: “This is so ridiculous on so many levels. Everything in this picture is ridiculous and hella FAKE.

“I don’t know where to start, the tortlllas or the product placement.”

Another post accused Scarlett of promoting a  “false,unobtainable image to impressionable young people” and compared it to heavily photoshopped pictures in magazines.

It added: “You can refer to yourself as a poor, bullied “young girl” all you like but if you’re going to effectively sell products to your followers, your methods are going to come under criticism.”

However, many of her followers defended her,  with one writing: “I actually found the corn tortillas thing funny.

“Christ some of you need to get the broom out of your asses. 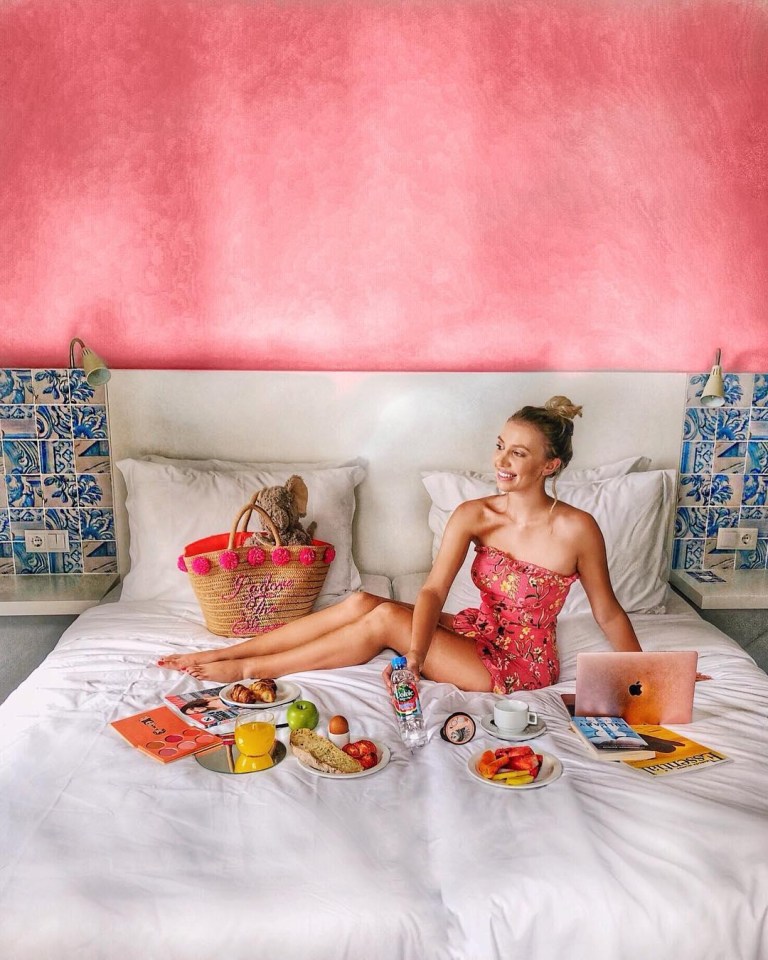 “Of course it’s bloody staged…do you think we all wake up and our rooms are suddenly full of balloons etc ? death threats etc are NOT ON!”

In response to the trolls Scarlett, who suffers from Irritable Bowel Syndrome, begged people to find out more about her as a person.

She said: “In the last 48 hours, grown men & women, MPs, women’s equality representatives, journalists, actresses and broadcasters have discovered my Instagram feed and decided to pick it apart online, in front of thousands.

“I implore those mindlessly sharing this content to research who I am as a person, before they further drag my name and image through the mud. Yes, I do adverts on here, but only with brands I genuinely use and would spend money on myself. My feed isn’t a place of reality.

“Sometimes my photos are whimsical and OTT and a little too pink, but I’m not presenting this as an ‘idealistic’ version of life that young girls should aspire to. Those who follow me will know my reality.

“I try to raise awareness for the digestive condition I suffer from, the same condition that years ago threatened me graduating from university. My Instagram has been an outlet to show you can be positive and have fun with life, despite this condition.

“I personally don’t think my content is harmful to young girls but I do agree Instagram can present a false expectation for people to live up to. And I am wholeheartedly sorry if I’ve ever made anyone feel inadequate through my content. My life mission is quite the opposite.

“I am a strong 24-year-old woman who has experienced bullying in the past. I am and will be okay after this hideous experience. But another young girl or guy as the subject of a targeted hate campaign might not be okay. Please remember at the centre of of every viral storm is a human being.” 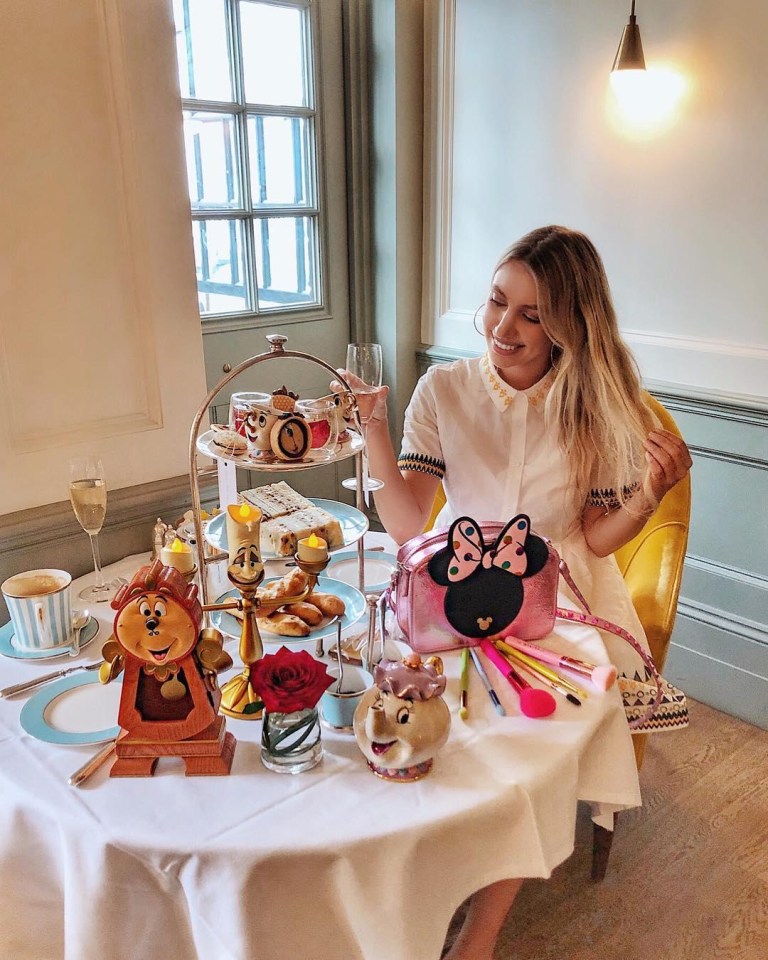 A fitness blogger recently revealed the truth behind the ‘Inst-booty’ after being trolled for having no bottom.

A mum of six kids under seven has revealed the VERY rude comments strangers make… including asking if her kids all have the same DAD.

Another mum shared a VERY revealing breastfeeding photo to prove that baby loves her body … and others chime in with their own kids’ hilarious body-shaming comments.