B&M IS one of those shops selling products you didn't think you needed and now you can pick up a two-in-one popcorn and pancake maker. 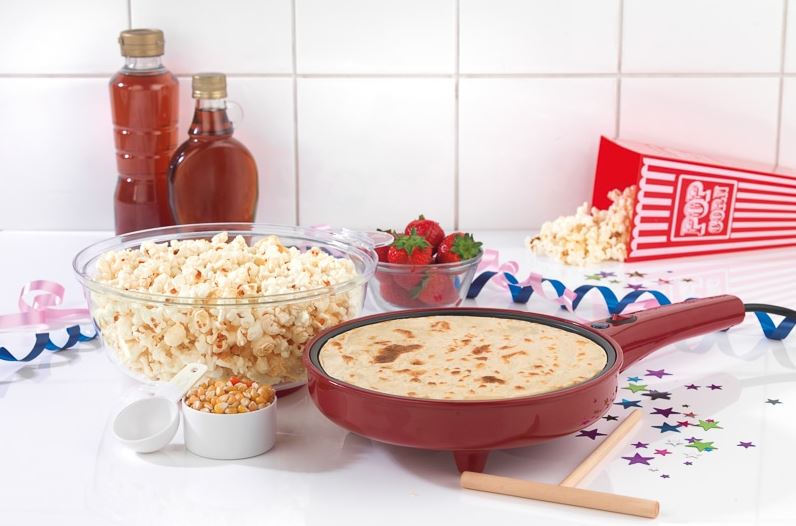 Whether you like them sweet or savoury, the maker will make your pancakes and popcorn in a few minutes.

The Downtime-branded gadget comes with non-stick plates, measuring cups, a batter spreader as well as a serving bowl for your popcorn.

Just add your popcorn kernels or pancake batter, switch on and you'll be serving up a tasty treat in no time.

The maker was first spotted by a shopper in the Extreme Couponing and Bargains UK group on Facebook, who wrote: "This little thing is fab, we've had pancakes and now popcorn."

"Such a bargain at £10 from B&M defo keeps the kids entertained watching the popcorn pop."

The post proved popular among others and one user said: "Guess what you're getting for xmas lol."

While another added: "I've had mine two years and we use it all the time I love it."

The same popcorn and pancake maker is on sale for £18.95 on eBay, so you know you're getting a good deal.

While Amazon is selling a similar Quest-branded version for £19.92.

Of course, you could also get away even cheaper than at B&M by using your own pan and pots to make pancakes and popcorn.

B&M is selling a Slush Puppie machine so you can make the icy drinks at home.

The bargain shop has also rolled out a bubble lamp with a bluetooth speaker – and it's a bargain.

Pet owners will also like its ice lolly cooling toy for when the weather heats up.