She’s best known for playing DCI Vera Stanhope, the Geordie super-sleuth in a bucket hat, but Brenda Blethyn says she has much more in common with Kate Abbott, the spiky café owner she plays in Kate & Koji.

Written by Outnumbered’s Guy Jenkin and Andy Hamilton, and returning for a second series later this month, the ITV sitcom about an ordinary Brit’s unlikely friendship with an asylum seeker revels in taking sideswipes at stereotypes.

Kate befriends African migrant Koji (Okorie Chukwu, replacing series one’s Jimmy Akingbola) after he starts hanging out in her shabby café in a humdrum coastal town in Essex. Contrary to Kate’s expectations, Koji, a doctor, is erudite and well-spoken.

But as he’s not allowed to work while he’s seeking asylum, Kate strikes a deal with him: to bring in more customers, Koji can hold unauthorised medical consultations in the café in return for food. 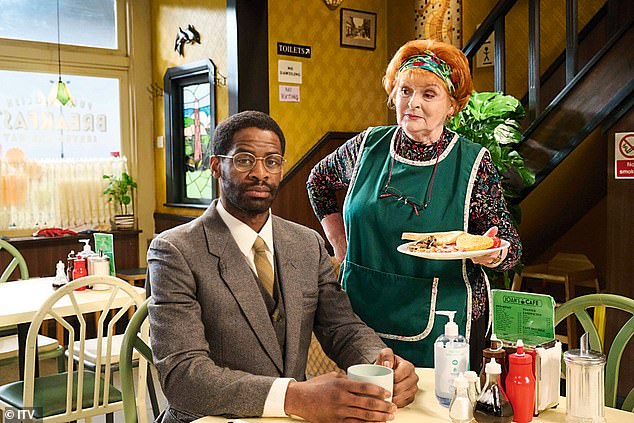 Brenda Blethyn, 76, who lives in Ramsgate, Kent, is returning to screens as Kate Abbott, alongside Okorie Chukwu as Koji (pictured) in ITV series Kate & Koji

Brenda, who still lives in her hometown of Ramsgate, Kent, as well as having a home in London with her husband Michael Mayhew, says she understands women like working-class Kate.

‘I grew up in that sort of town,’ she explains. ‘I know those caffs, I know the people who work in those caffs. So it’s great to see those you wouldn’t normally take centre stage.

‘The characters in this story are ordinary people who are struggling to make ends meet, which is the great majority – there are more of those sorts of people than the well-heeled.

Living in Ramsgate also means Brenda, 76, is witness to the migrant crisis on the Kent coast, and she’s delighted that Kate & Koji addresses the issue.

‘Living in Ramsgate, you’ve got boats of people coming in every day, so it’s a popular topic of conversation,’ she says. 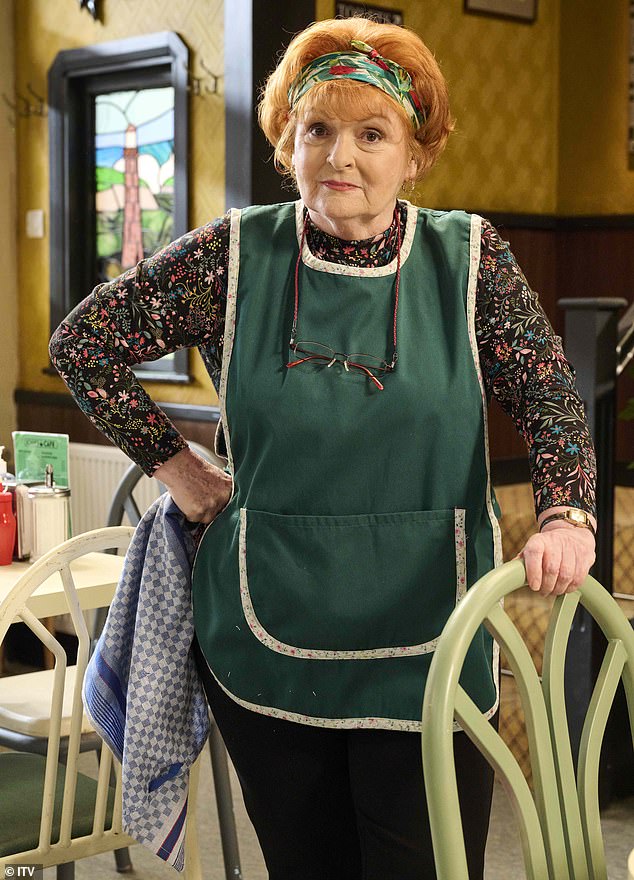 Brenda, who still lives in her hometown of Ramsgate, Kent, as well as having a home in London with her husband Michael Mayhew, says she understands women like working-class Kate

‘People have said to me, “You don’t realise who the migrants might be.” You slag these people off, but there probably are people like Koji who are just seeking safety, people who want to contribute to society, not sponge off it. I’m proud that the programme has encouraged people who may have thought that before to think differently.’

Brenda is nothing like tetchy Kate, a grouch who snaps back at her customers. ‘Kate’s more outspoken than I am, definitely,’ chuckles Brenda.

‘She’s prickly whereas I’m putty in anyone’s hands. It’s a challenge playing someone like that, but it’s fun to be abrasive now and again.’

It’s also fun to get stuck into some comedy after Vera. ‘It’s a treat for an actor to tickle the funny bones now and again, and variety is the spice of life,’ she says. And even as a double Oscar nominee – once for 1996’s Secrets & Lies and again for 1998’s Little Voice – Brenda says she’s still learning her craft.

‘Writers Andy Hamilton and Guy Jenkin are kings of comedy, down to the last syllable. They know the music of how a line is going to work. 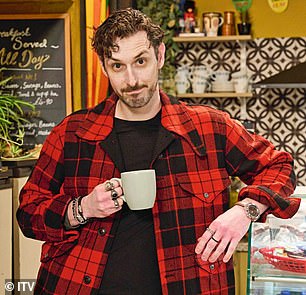 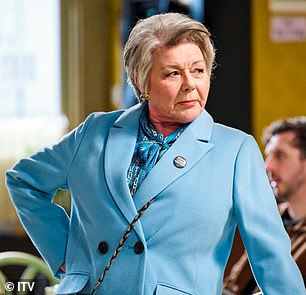 ‘You’ll come in with your version of it and they’ll either say, “Actually, that’s better,” or, “No, listen to that syllable, that note – you’ll notice a difference.” And they’re right. It’s a masterclass, it’s a privilege.’

Brenda and Okorie are backed by a strong supporting cast that includes The Inbetweeners’ Blake Harrison as Kate’s nephew Dan, and the estimable Barbara Flynn as Councillor Lavinia Bone, an interfering jobsworth and Kate’s nemesis.

Fellow veteran Barbara is enjoying working with Brenda for the first time.

‘Lavinia and Kate have these great slanging matches,’ says The Durrells star Barbara, 73. ‘Lavinia’s a bit of a monster. She causes trouble. She’s a great foil for Kate.’

And after filming Vera in the North-east for six months at a time, working on Kate & Koji has its benefits for Brenda.