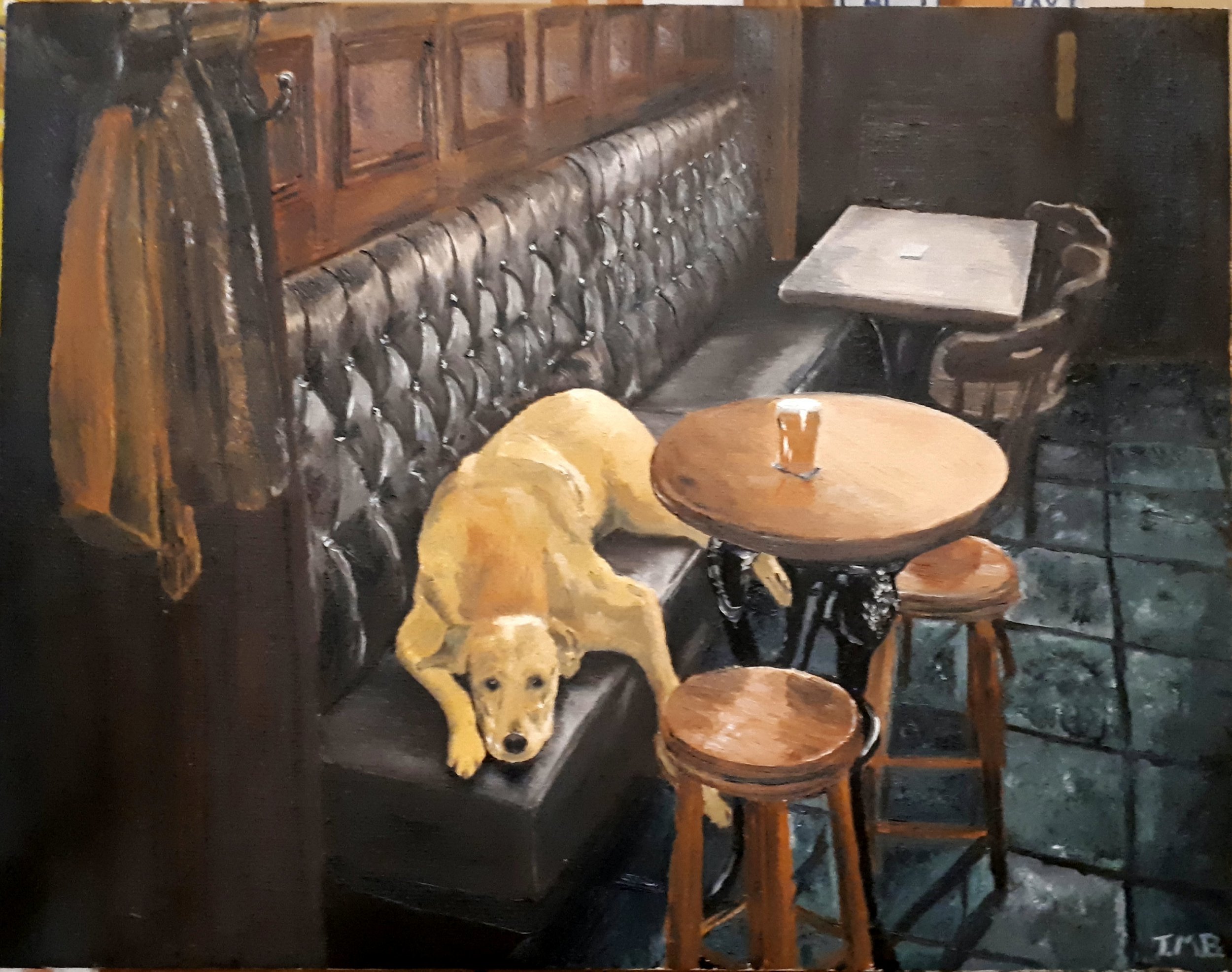 A brewer who missed the pub in lockdown spent his furlough doing a series of oil paintings of his favourite boozers.

Theo Barnes, 30, created a series of 15 paintings depicting pubs in Edinburgh, where he lives, as well as London and Manchester, based on photographs he found online.

He was furloughed from his job at Born brewery, Jedburgh, Scottish Borders, in January for four months and decided to pick up a paintbrush and try his hand at oil on canvas.

Having learnt the basics aged 15 from his dad, Theo spent between two weeks and a month depicting scenes including a terrier keeping a watchful eye on two pints of Guinness, and detailed woodgrain found in traditional pubs.

He illustrated packets of Scampi Fries on a bar, and even beer gardens – as he found painting helped him with ‘remembering the good times’.

Each painting took about two weeks to a month, and Theo painted the pubs that were important to him including Cask and Barrel Southside, and Monty’s, Edinburgh.

Theo, who moved to Edinburgh 12 years ago, said: ‘I was furloughed at the start of 2021 and needed a hobby to give myself as much routine as possible…

‘The reason for choosing pubs and beer as the subjects was because I really missed the pubs while they were closed.

‘I also kind of wanted to celebrate the small independent businesses like the brewers and pubs, some of which are still having a really rough time.’

Starting off, Theo painted his own local, Cask and Barrel Southside, before he moved on to different locations, asking photographers if he could work from their pictures.

He said: ‘I was mainly trying to do pubs and celebrated beers that I personally love.

‘I was also furloughed in 2020 but just built a pub in Minecraft during that one.’

Now back to work at the brewery, Theo says he still plans to paint in his spare time, but he’s happy that restrictions are lifting and pubs are slowly getting back to normal.

‘I’ve slowed right down cause my job is pretty exhausting, but it’s still making me happy,’ he said.

‘I’m still quite cautious being back into the pub, but it’s so so good to get back in. I love it.’