BRISTOL CITY’S players are just four days away from a fixture that could change their lives for ever.

The Robins, having slain FOUR Premier League sides already, host Manchester City in the Carabao Cup semi-final second leg on Tuesday, with only a 2-1 deficit to overturn. 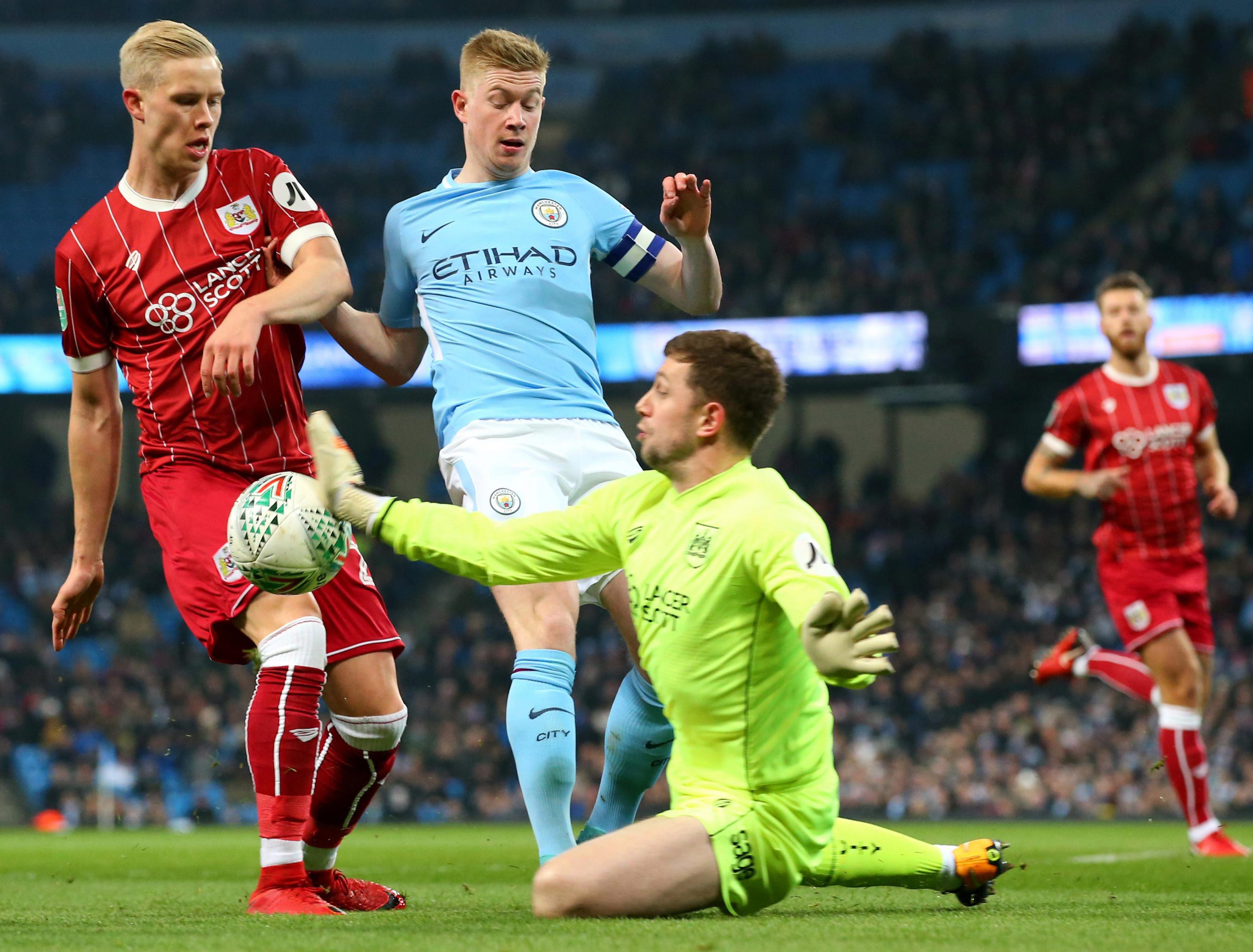 Marco Silva, Mark Hughes, Roy Hodgson and, of course, Jose Mourinho have all been humbled.

Tumble the mighty Pep Guardiola to reach Wembley and Lee Johnson’s squad will be the first Bristol City team to get to a major cup final since 1909.

Yet keeper Frank Fielding insists the potentially history-making clash could not be further from the players’ minds due to the trip to Derby tonight — a huge game in its own right.
The Robins ace, 29, told SunSport: “It’s been quite easy to keep our focus on the league, really. 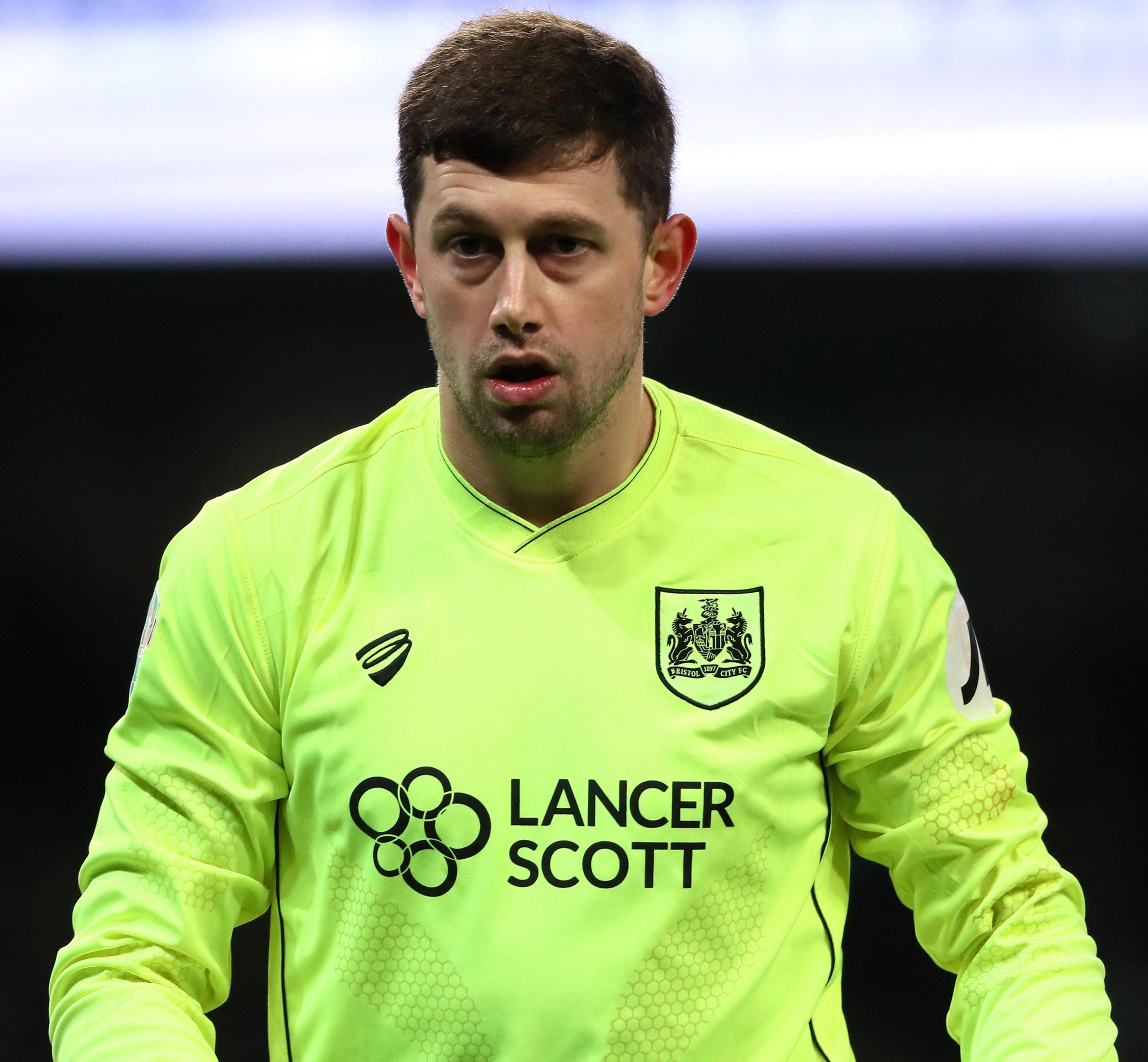 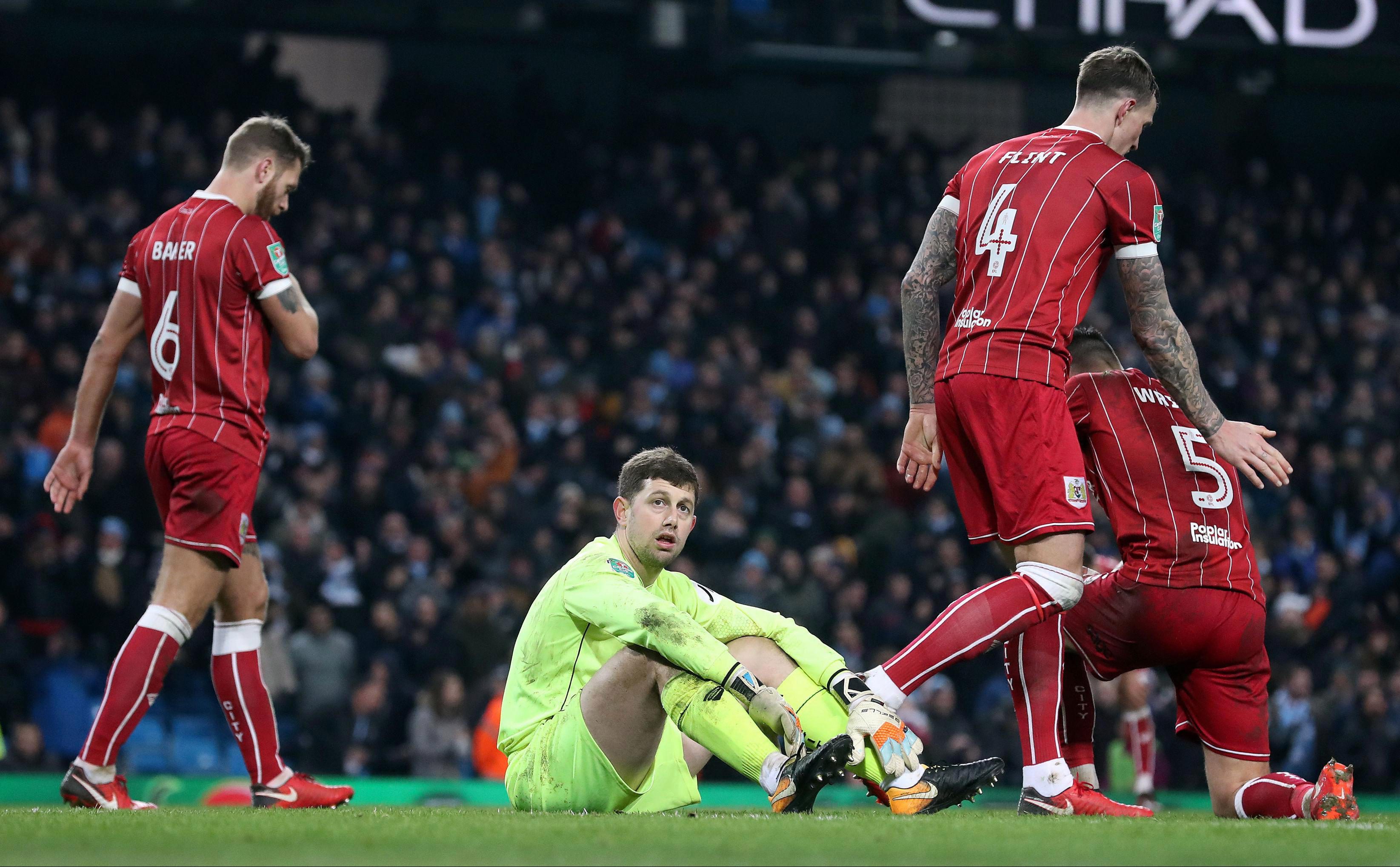 “We don’t want to turn our attentions and lose our focus because we need a result. We’re not even really thinking about Tuesday.”

As brilliant as Bristol have been this term in league and cup, Johnson’s men have lost their last five games.