A 32-year-old woman has dedicated the last six years of her life to dressing as a Harajuku girl after being inspired by Japanese culture.

Michelle Hirst from Portsmouth, says that the quirky trend has helped her gain confidence and rejects the idea that it’s ‘childish’ despite previous criticism.

Michelle even extends her passion for Kawaii Japanese fashion to her bright pink bedroom, which is adorned with cute trinkets and countless stuffed toys.

And her passion has turned into a business for Michelle, who makes a living selling Japanese fashion under the name Roxie Sweetheart. 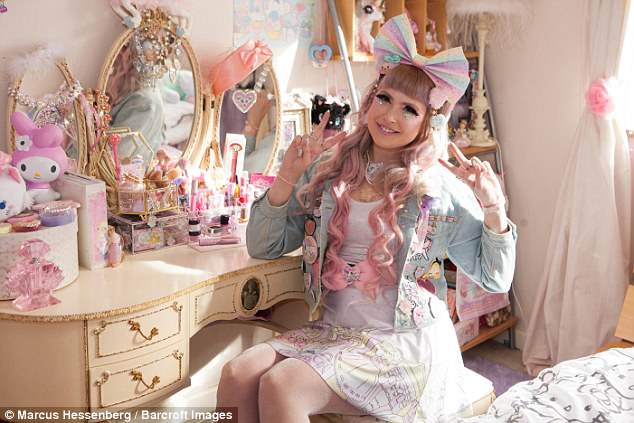 Michelle can hold her head high in her giant pastel bow, but she hasn’t always been this confident.

She said: ‘Growing up, I didn’t have that much confidence. It’s hard for most teenagers to fit in and I didn’t really know where I fitted in and I always had an interest for fashion but I didn’t have the confidence to actually express that.

‘I slowly got more and more into fashion but it was very gradual. So I would wear something and then I would wear a bit more, and a bit more and so every time I just build up a little more confidence and now I feel like I’m at a point where I could be who I am and do what I want.

‘I don’t feel awkward about it anymore. It’s really nice because I think actually the fashion has enabled me to express myself and has given me that confidence.’ 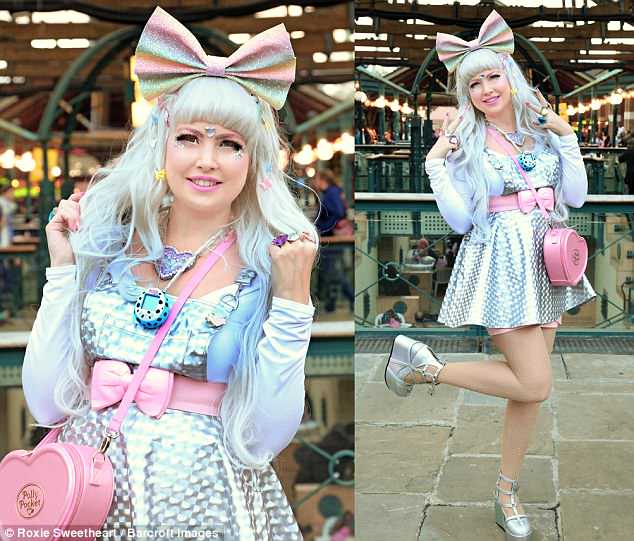 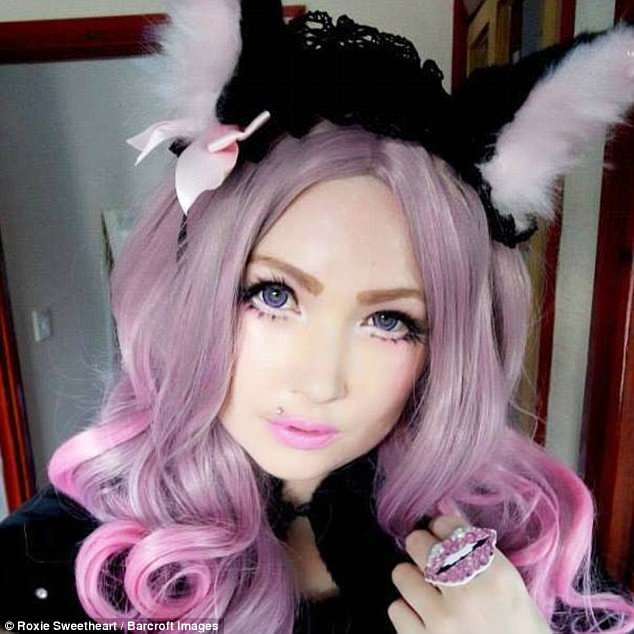 Michelle, from Portsmouth, says dressing in these clothes has helped her gain confidence

Michelle has been dressing in this way for over six years, with her love for all things Japanese starting in university.

She then started her own business creating and selling clothing, jewellery and accessories inspired by Japanese fashion.

‘A book with different pictures of the street-fashion from Harajuku really inspired me to start a project on that and that led me to develop my brand as well,’ she continued.

‘My style does reflect my personality, which is cute and fun and colourful. 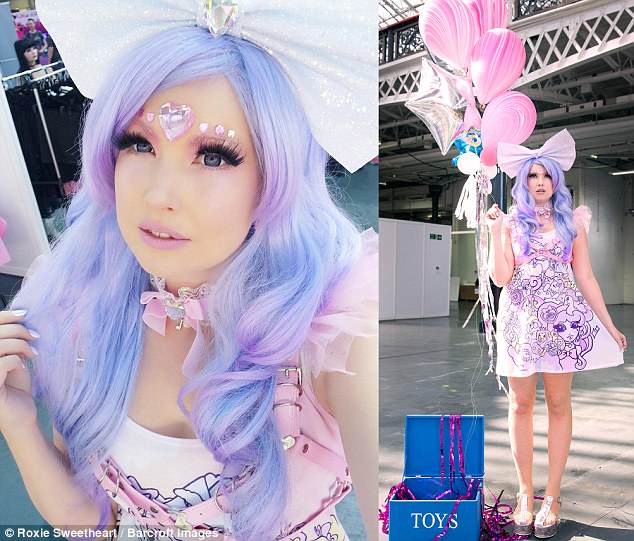 Her passion has turned into a business for Michelle, who makes a living selling Japanese fashion 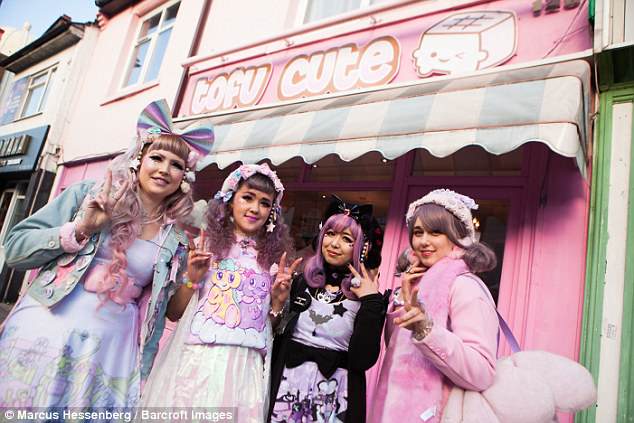 ‘With clothes, I generally go with pastel colours. Occasionally I do wear black and other colours but mostly it’s all like pastels, bright colours. Kind of like rainbow pastels. I really like anything iridescent or colour graphic, kind of sparkly.

‘I think I probably own about 50 pair of shoes. They are obviously all pastel and all cute in some way.’

Michelle knows that her sense of style isn’t for everyone’s taste, but she rejects the idea that she dresses like a child.

She said: ‘If someone says to me ‘oh it’s childish’ I think maybe from an outsider’s point of view or someone who doesn’t know anything about the fashion, I can kind of see why someone might think that. 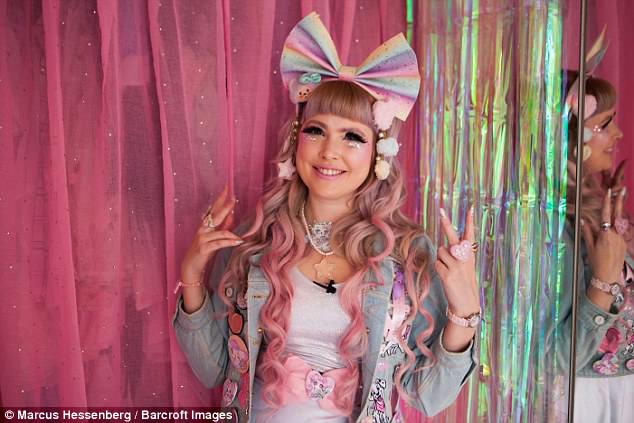 Michelle has been dressing in this way for over six years, with her love for all things Japanese starting in university 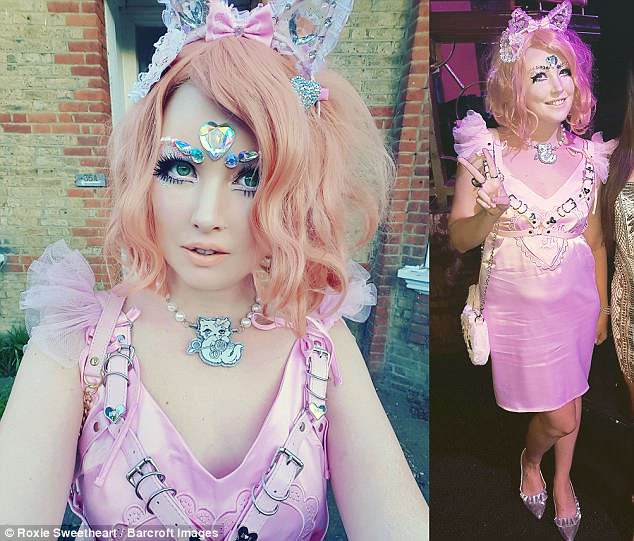 Michelle surrounds herself with everything pink, fluffy and sparkly – including in her bedroom and baby pink Fiat 500

‘I think when someone says that something’s childish – but what makes it for a child? If it makes someone feel good about themselves then why does it need to be for a child?’

Michelle surrounds herself with everything pink, fluffy and sparkly – including in her bedroom and baby pink Fiat 500.

She said: ‘My favorite colour is pink obviously. In my room, everything is pink. Michelle knows that her sense of style isn’t for everyone’s taste, but she rejects the idea that she dresses like a child 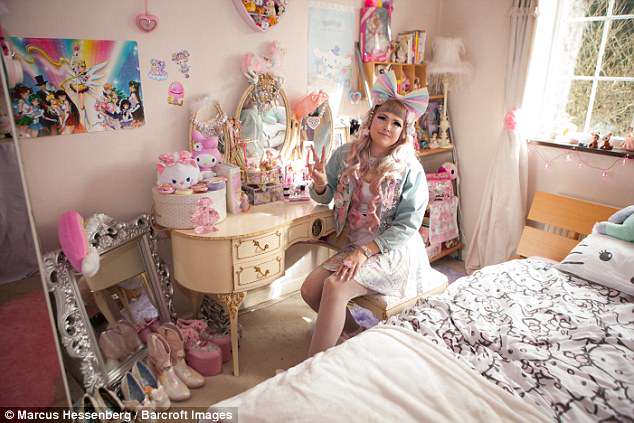 After gaining her confidence back, Michelle’s aim is to now inspire others to do the same

‘My room is my place I go to relax and being surrounded by all these nice things, again it’s more inspiration.’

Michelle has not only found herself through her fashion, but also a close-knit group of friends who she met through Japanese style conventions, who are also into the quirky style.

Her friend Rosanna said: ‘The most common reaction from the outsider is ”Why are you wearing kid’s stuff?” 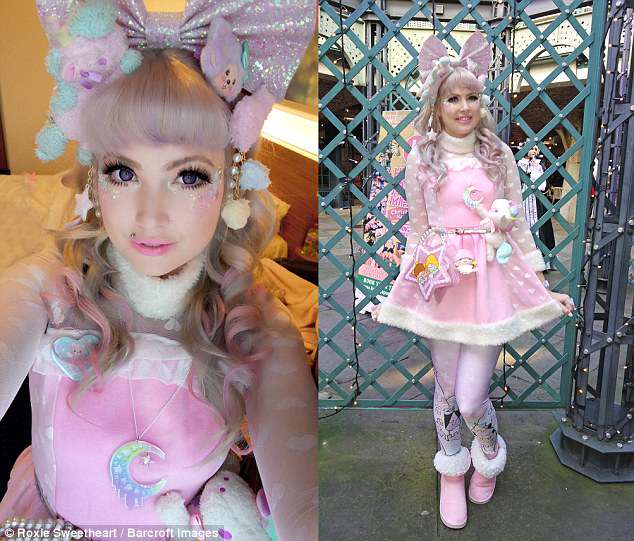 Her favourite clothes to wear are in pastel colours with sparkly finishes, and she rarely wears black 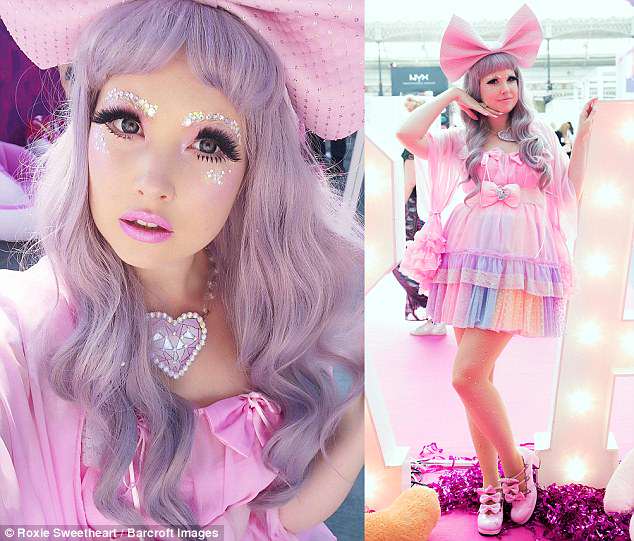 ‘Kids do like it. I mean, in Japan it’s for people with expandable income. So, it is people in their late teens and adults and all the way up to even old age in Japan.’

After coming out of her shell and gaining her confidence, Michelle’s aim is to now inspire others to do the same.

She said: ‘My ultimate goal is to inspire people, even if it’s just a little bit. That’s my main aim, I just want to inspire other people to express themselves and to get into the fashion and to be not be afraid to do what they want and be what they want.’