Britney Spears blasts Jamie Lynn for crying on podcast: ‘I had to be strong’

Britney Spears is demanding sister Jamie Lynn Spears leave her out of her book tour for her new memoir, “Things I Should Have Said.”

Asking her high-powered attorney Mathew S. Rosengart to enter the fray, Britney, 40, has issued a forceful — but measured — cease and desist letter, exclusively obtained by Page Six, to her younger sibling.

In it, the “Stronger” singer lets Jamie Lynn, 30, know that she “will no longer be bullied” for the supposed benefit of book sales.

“Dear Ms. Spears: As you know, I represent your sister Britney Spears, and I write at her request concerning the above-referenced matter. We write with some hesitation because the last thing Britney wants is to bring more attention to your ill-timed book and its misleading or outrageous claims about her,” the letter begins.

“Although Britney has not read and does not intend to read your book, she and millions of her fans were shocked to see how you have exploited her for monetary gain. She will not tolerate it, nor should she.”

The letter goes on to remind Jamie Lynn of the “abuse and wrongdoing” Britney endured throughout her 13-year conservatorship, established by estranged father Jamie Spears to gain control of the singer’s personal, medical and financial affairs.

“You of all people know the abuse and wrongdoing Britney had to endure during the conservatorship, after initially growing up with a ‘ruinous,’ alcoholic father. In fact, your own book reportedly states that your father ‘spent most of my life in that cycle of ruinous behavior. His bouts of drinking caused me periods of torment and sorrow,’” the letter continues.

“As I have previously stated, having endured a 13-year conservatorship that stripped her of civil rights and fundamental liberties, Britney will no longer be bullied by her father or anyone else.”

The letter is keen to point out the entertainer’s role as “breadwinner” in the Spears family — and slams Jamie Lynn for “airing false or fantastical grievances” to garner publicity for her memoir.

“Britney was the family’s breadwinner and she also otherwise supported you. Publicly airing false or fantastical grievances is wrong, especially when designed to sell books. It is also potentially unlawful and defamatory,” the letter states. 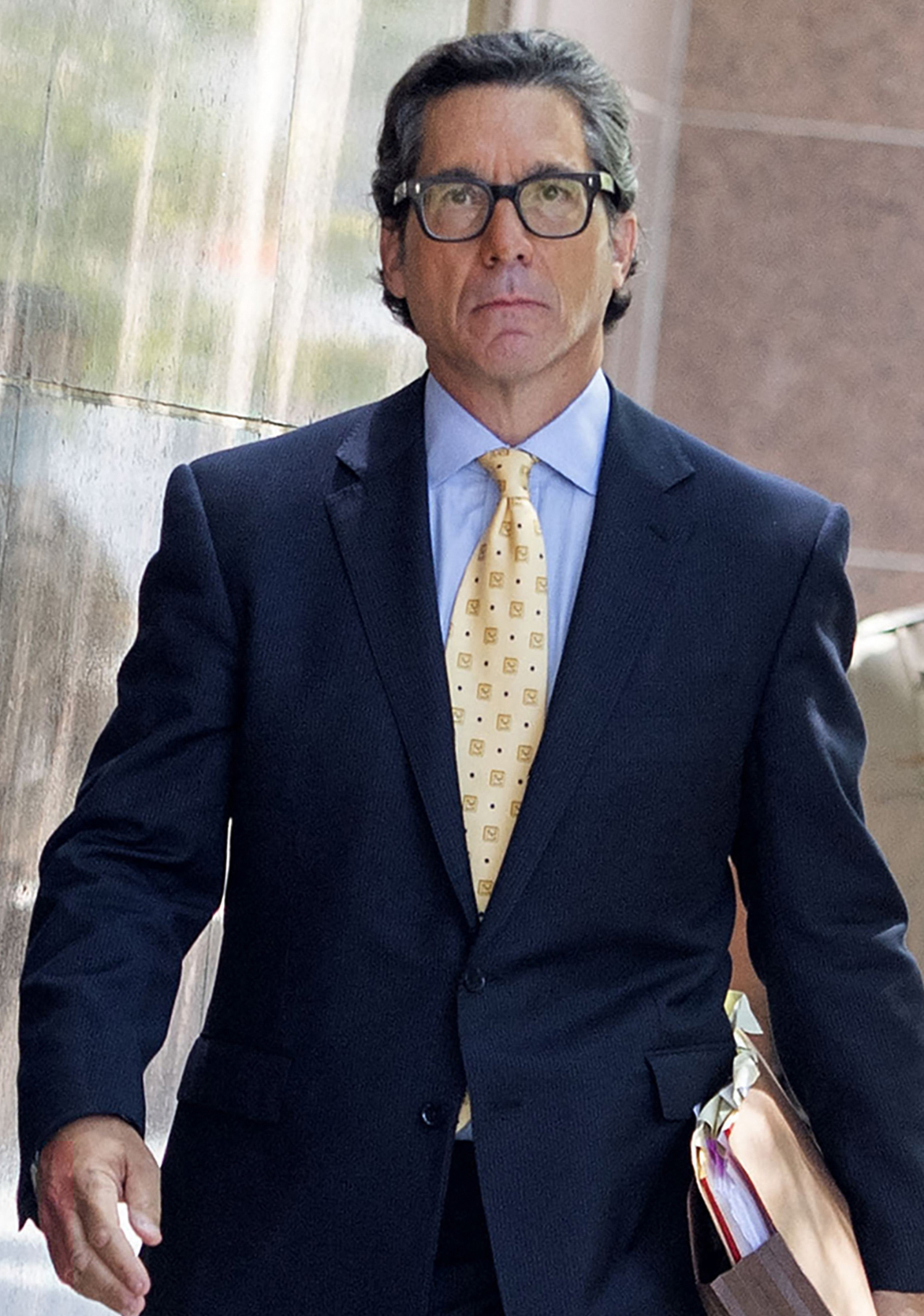 “Michelle Obama famously said, ‘when they go low, we go high,’” the letter continues,  “and to Britney’s great credit, that is exactly what Britney is going to do, for the time being.

“You recently reportedly stated that the book was ‘not about her.’ She takes you at your word and we, therefore, demand that you cease and desist from referencing Britney derogatorily during your promotional campaign. If you fail to do so or defame her, Britney will be forced to consider and take all appropriate legal action.”

Jamie Lynn has made a myriad of claims about Britney in her book, buoyed recently by a succession of media appearances.

In a Twitter message posted over the weekend, the Grammy winner asked Jamie Lynn to stop “telling lies” about her on her press tour.

In a follow-up message, Britney explained that she loved Jamie Lynn “unconditionally,” though she is still processing pain from what she sees as her sister’s lack of action to help her end the conservatorship.

During an explosive address to the court in June 2021, Britney alleged that, under the watch of her father, she was forced into a mental health facility, prescribed lithium and had an IUD contraceptive inserted, all against her will. 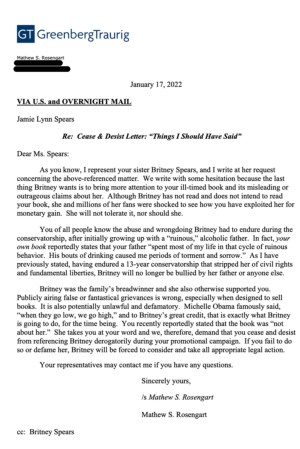 Jamie Lynn has claimed that she once provided Britney with “contacts” who could help end the restrictive legal arrangement, but alleged that the superstar refused her help. With Rosengart by her side, though, Britney’s conservatorship was finally terminated in November 2021.

Britney has said in the past that she would like to “sue [her] family” for their roles in her conservatorship, sparing neither brother Bryan nor mom Lynne Spears — the latter of whom Britney has accused of giving Jamie the idea for the conservatorship alongside former business manager Lou Taylor.

Britney has also asserted that she wants her father charged with “conservatorship abuse” and sent to jail.