All about Britney Spears’ engagement ring from Sam Asghari

Britney Spears and Sam Asghari are engaged after nearly 5 years

Britney Spears’ new fiancé, Sam Asghari, responded in good humor to trolls who begged the pop star to get a prenup after the couple’s engagement news.

“Thank you to everyone who is concerned about The prenup!” Asghari sarcastically wrote on his Instagram Story Monday.

“Of course we’re getting [an] iron clad prenup to protect my jeep and shoe collection incase [sic] she dumps me one day,” he continued, adding two crying-laughing emojis.

After Spears, 39, and Asghari, 27, announced Sunday that they had taken the next step in their nearly five-year relationship, fans flooded the “Toxic” singer’s Instagram with comments urging her to protect her reported $60 million fortune when she marries the personal trainer.

Oscar winner Spencer, 51, was among those concerned, writing in a since-deleted comment, “Make him sign a prenup.”

Several fans even went so far as to call Asghari “the next K-Fed,” referencing Spears’ ex-husband Kevin Federline, with whom she shares sons Sean Preston and Jayden James, both 15. 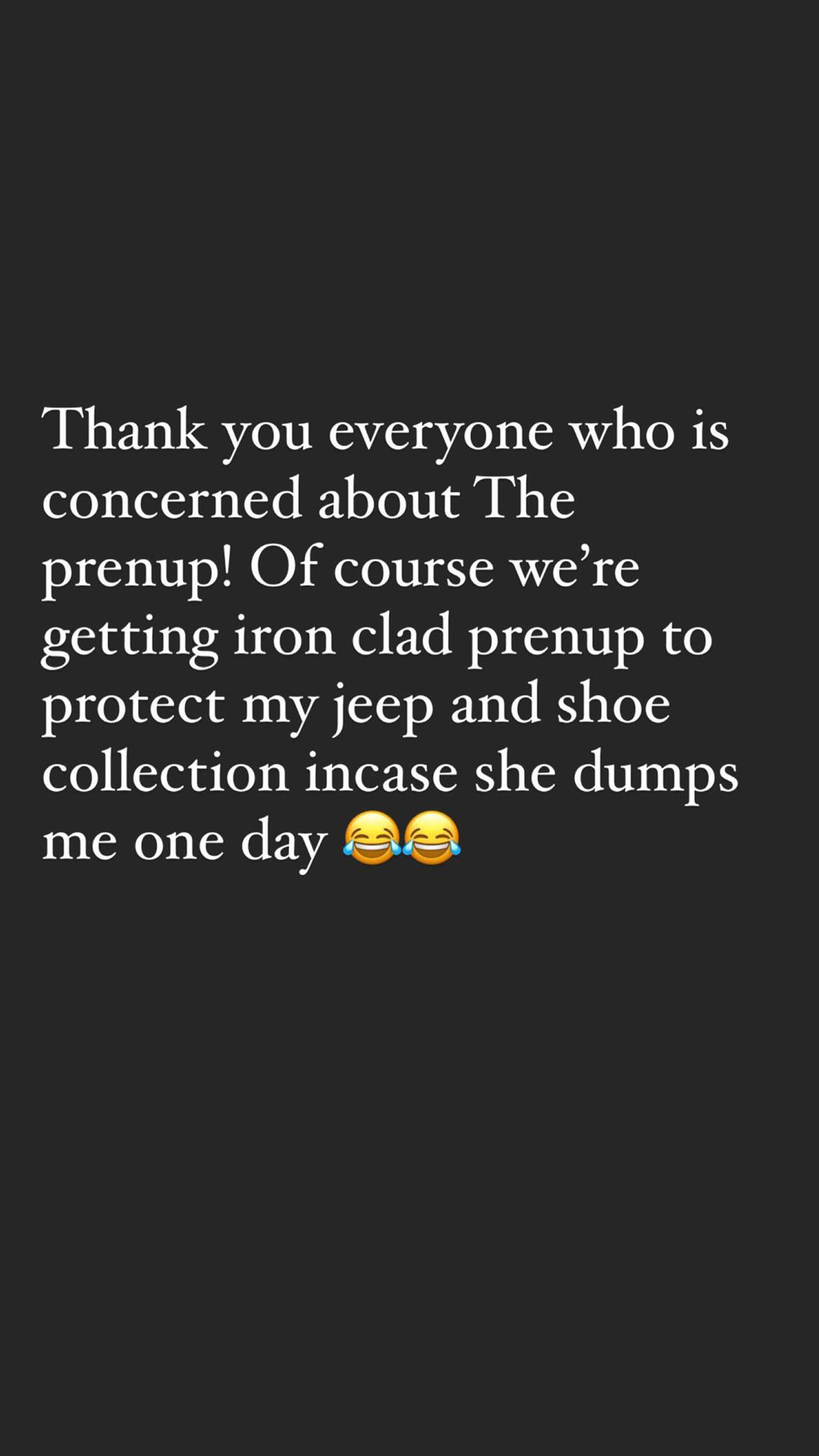 Federline, 43, infamously proposed to the Grammy winner in June 2004 after only two months of dating. They went on to marry that October before divorcing in July 2007.

The Post reported at the time that Spears and Federline had a prenup.

These days, the “Overprotected” singer has little to no say when it comes to her money, as she has been under a conservatorship of the person and estate since February 2008.

Her estranged father, Jamie Spears, has sole control of her assets, though he finally filed a petition earlier this month to end the legal arrangement and give Britney her freedom back.

The Los Angeles judge who presides over the case has yet to approve or deny the request for termination.