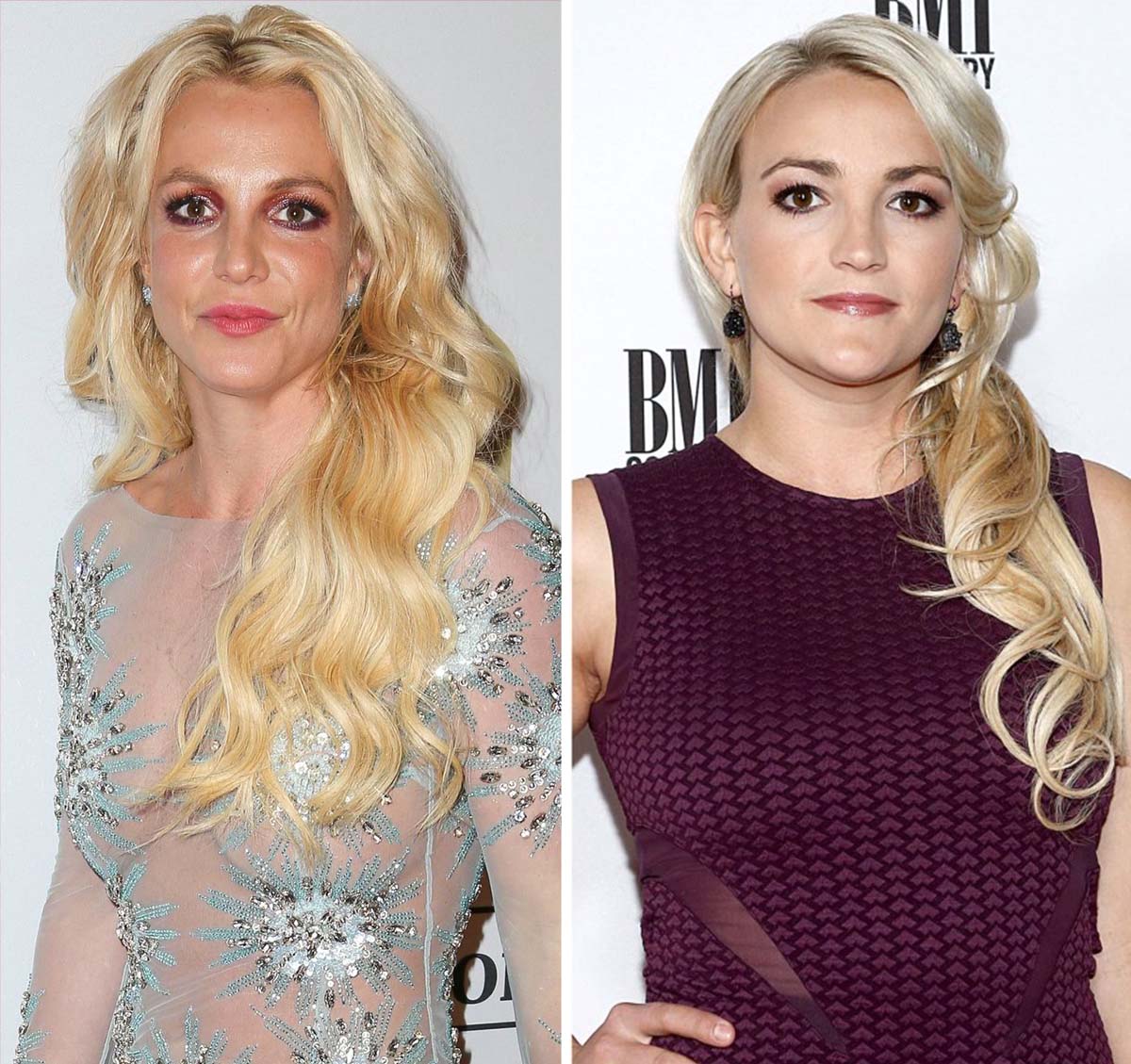 “I watched it with a 104-degree fever, lol, and it was actually kind of nice having a fever so high cause I had to surrender to not caring,” the Grammy winner, 40, wrote via Twitter on Thursday, January 13, noting that she was sick and allegedly unable to get headache medicine from her security team when she watched her sister, 30, on Good Morning America one day prior.

The “Toxic” singer explained that one of the major things that bothered her about Jamie Lynn’s remarks was when she described “how my behavior was out of control,” seemingly referring to the highly publicized breakdown that led to Britney’s 13-year conservatorship, which stripped away her ability to make any of her own decisions regarding her health and finances.

Jamie Lynn Spears Cries Over Britney in TV Interview: Everything She Said

The All That alum alleged in a portion of her Things I Should Have Said memoir, which she promoted during the Wednesday, January 12, interview, that Britney was becoming “erratic, paranoid [and] spiraling” before the conservatorship was instated. On Wednesday’s episode of Nightline, Jamie Lynn also alleged that her older sister once “got in [her] face” and “cursed” at her while she was holding daughter Ivey, now 3.

The former Mouseketeer, however, wrote on Thursday that Jamie Lynn was “never around me much 15 years ago at that time … so why are they even talking about that unless she wants to sell a book at my expense??? REALLY??”

Britney also took issue with her sister’s claim that she didn’t understand why her 2017 Radio Disney Music Awards tribute to the “Lucky” singer struck such a nerve. At the time, the Zoey 101 alum performed a medley of Britney’s songs as remixes, which the pop star addressed on Thursday, explaining that she wasn’t allowed to sing the tunes herself amid her conservatorship battle.

“I know it may sound like a silly thing to most people, but I wrote a lot of my songs and my sister was the baby. She never had to work for anything. Everything was always given to her!!!” Britney tweeted. “If you were me, you might understand [that after] asking for 13 years [to] go into a small venue [and do my own] show and on tours [that it wasn’t fair]!! 13 years later they assign me as the MOTHER OF ALL … heart of gold … Britney sitting there seeing a 15-minute performance of everything I have ever was ask for wanted.”

The Crossroads actress was freed from her conservatorship in November 2021. Her father, Jamie Spears, and others previously controlled her personal, medical and financial decisions dating back to 2008. (Jamie, 69, agreed to relinquish his control following Britney’s bombshell June 2021 court hearing.)

“But see, I always was the bigger person. They all got to DO IT and PLAY ME and I always sat there and took it. But see, now it’s a joke … the last thing I would ever do is ask for what was just given to her!!!” Britney continued on Thursday. “So yes, they did ruin my dreams. I do remember asking my sister why she did that when she knew I was waiting to change my show and her only words were, ‘We’ll, it wasn’t my idea.’”

The “Oops! I Did It Again” singer quipped: “Hope your book does well, Jamie Lynn!!!”

The “…Baby One More Time” songstress also noted that she would be taking a social media break amid her sister’s book tour, alleging that the music business has been “extremely hateful” to her over the years.

“I’ve given enough … MORE than enough. I was never given back ever what I want … they say in the Bible, ‘Ask and you shall receive,’ uhhhhh not in my life,” Britney tweeted. “Just like my family, I asked security [my] for Aleve as I laid there with a 104-degree fever in bed and [the guard] told me NO!!!”

The “Work Bitch” musician claimed her family “ruined my dreams 100 billion percent and try to make me look like the crazy one while I have a 104-degree fever, not being able to move in my bed!! My family loves to pull me down and hurt me always. I am so disgusted with them!!”

While reassuring her fans that her fiancé, Sam Asghari, eventually got her the medicine she needed, Britney concluded: “Psss lesson learned from all this is don’t trust people or anyone … make your cats and dogs your family and take care of your own damn self!!!”